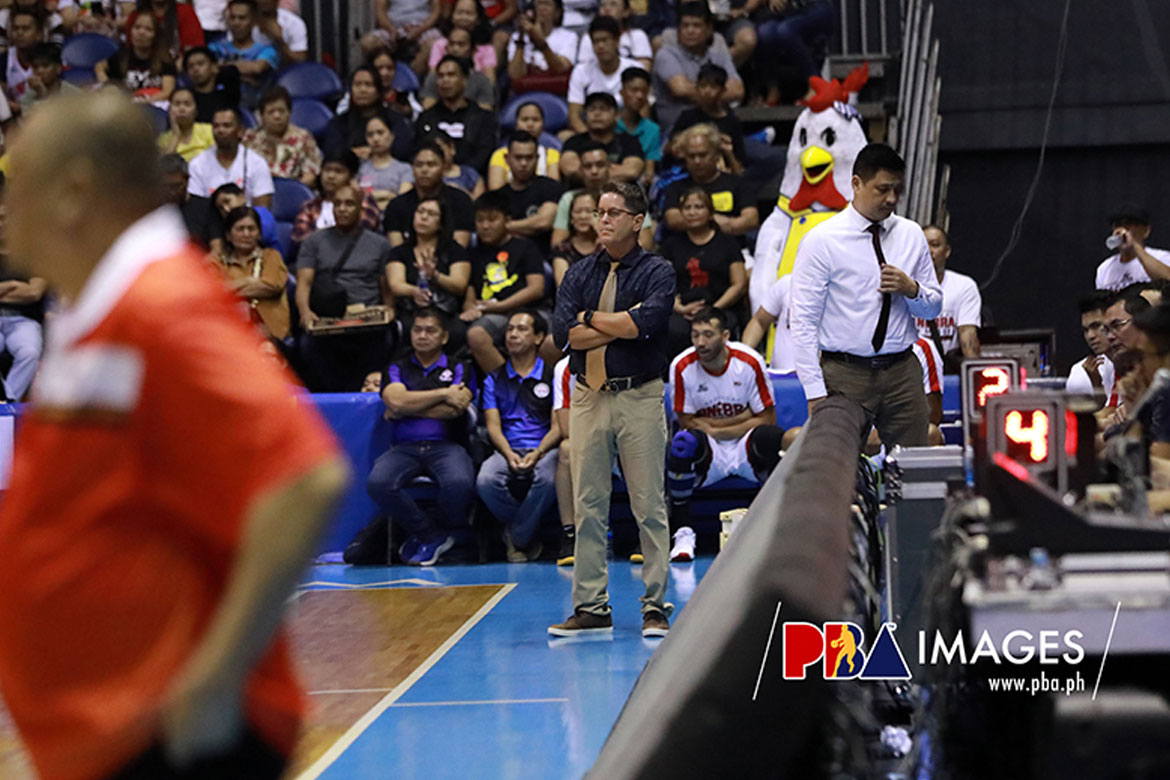 Barangay Ginebra San Miguel did not end its elimination round campaign in the 2019 PBA Governors’ Cup in the most ideal of ways, losing by just a field goal to NorthPort on Sunday night, 96-98.

The loss had no bearing for the Gin Kings, since they are already assured of a Top Four finish and a twice-to-beat edge for the quarterfinals. Still, coach Tim Cone would have wanted to win.

“I’ve said this before, a million times — I hate to lose,” he said. “And I don’t care whether we’re caught playing the Los Angeles Lakers or we’re playing our grandmothers. It doesn’t matter.

“We wanna come out and play hard and win every game. So it’s always disturbing to lose. And even though this is non-bearing for us, I didn’t like to lose it.”

Still, Cone lauded his wards for their effort in the loss, which ended their elimination round at 7-4.

The Barangay gave the now quarters-bound Batang Pier a major scare when they crawled back from a six-point deficit with five minutes left to play and knocked within a solitary point, 97-96.

Ginebra even had a chance to snatch the lead, but Justin Brownlee’s fadeaway jumper over the defense of counterpart Michael Qualls only hit the back iron. Japeth Aguilar’s putback then missed as well.

The Gin Kings had one last chance with eight-tenths of a second left, but Jeff Chan’s long trey missed.

But if the team has learned anything from the defeat, Cone says it is the realization that Ginebra still has a lot to work on for the playoffs, which should start this week.

“We still got things to work on going into the playoffs, things we’re not doing well instinctively,” he said.

“Like getting back on defense, communicating defensively. I don’t like where our defense is right now, haven’t for the last three or four games. We’ve gotta get that corrected before we get into the playoffs,” Cone added.

“Otherwise, we’ll pay the price. So that’s gonna be our focus this week — try and get in and really get down and dirty defensively, and try to improve that area of our game right now.”

Eduard Folayang takes the win, but feels he should have done more