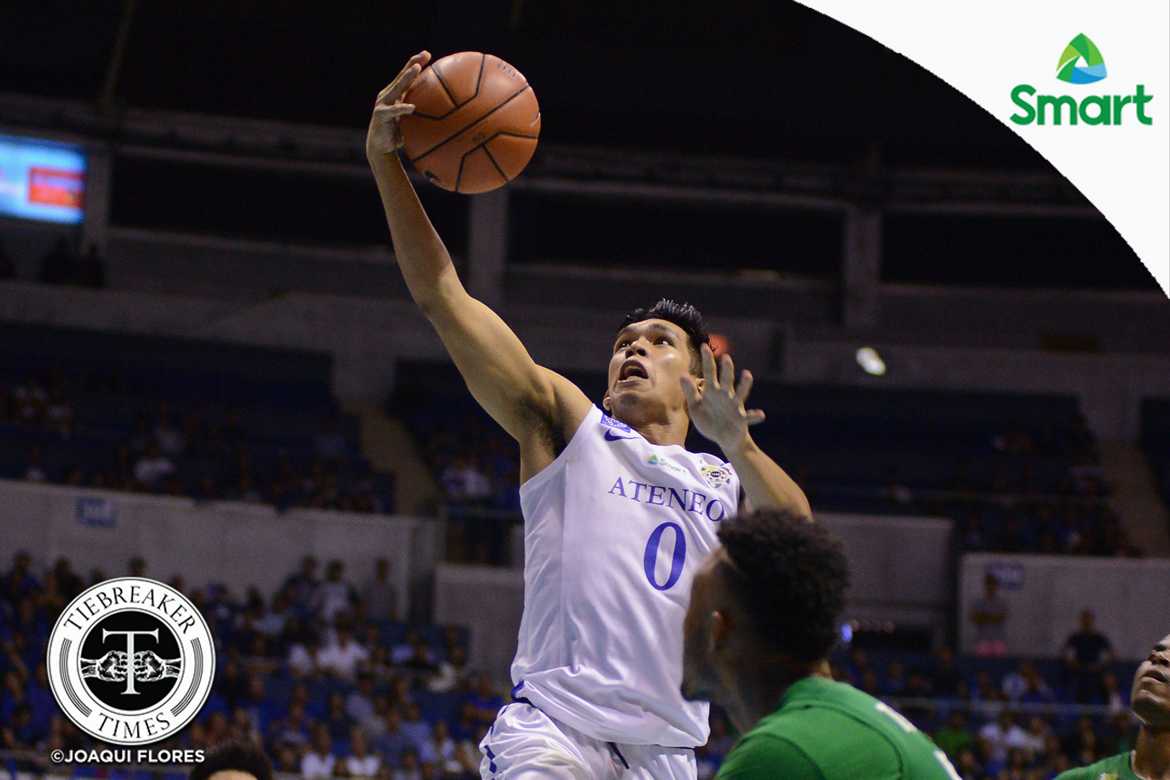 Thirdy Ravena has stepped out of his brother’s shadows, creating his own niche this season. He does not possess any of his brother’s finesse but with his raw athletic prowess and his blue-collar work, he has become the undisputed leader of the Ateneo de Manila University Blue Eagles.

He and the Blue Eagles though are just coming from a war against the FEU Tamaraws.

For 85 minutes that spanned two gruelling games, the Blue Eagles and the Tamaraws scratched and clawed for the right to face the DLSU Green Archers. Ravena himself logged in 50 minutes during that series, posting norms of 11.5 points, 7.0 rebounds, 3.0 assists, and a block per game.

“I don’t even know what to say. Very, very, very tough team. We had a tough time trying to go up against them,” reflected the 22-year-old.

“It was good that we were able to pull out with the win,” he added as the Blue Eagles escaped the Tamaraws 69-68 in overtime.

But after outlasting the defending champions, the young Blue Eagles’ work does not get any easier as they face the league-leading Green Archers in the Finals.

With just two days to prepare, Ravena admitted that he needs to get some rhythm to his shot before the Finals series begins. During the semifinals, the second-generation cager shot an abysmal 7-for-26 from the field.

“I think I have to focus more on making it,” said Ravena who is 5-for-9 from the field against La Salle this season.

“Feeling ko nagmamadali ako masyado when I shoot the ball. I just have to get that mindset get that rhythm before I shoot.”

And motivation to work on his shot won’t be a problem for Ateneo’s utility forward.