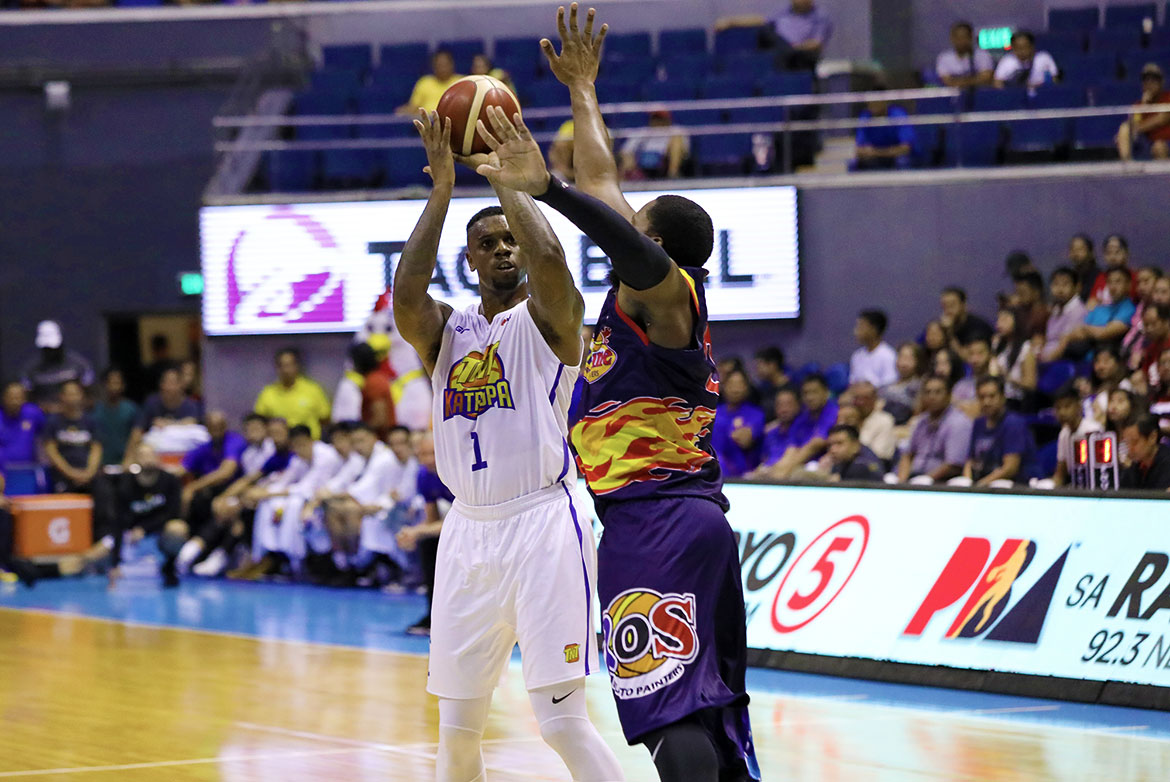 A lengthy 12-day break proved so beneficial for TNT as the KaTropa thrashed the Rain or Shine Elasto Painters, 102-81, in the 2019 PBA Commissioner’s Cup, Wednesday night at the SMART Araneta Coliseum.

Terrence Jones notched a triple-double — his second this conference — with 33 points, 21 rebounds, and 13 assists along with four steals and two blocks to lead the KaTropa in collecting their eighth win in nine outings.

“Given na yun,” said TNT head coach Bong Ravena of Jones. “By helping him, it would make the players’ jobs easier.”

The former NBA cager was a big reason behind the KaTropa’s second quarter pull away, where they unloaded an 18-5 scoring spree to turn a slim two-point lead to a wide 56-42 advantage heading into the halftime break.

The Elasto Painters, however, fought back in the third canto as well and managed to cut it to just seven heading into the final frame. But Jayson Castro, Troy Rosario, and Jones joined hands to restore order to secure the win.

“Defense won us the game … We made a lot of stops. Defense was the key in this game,” Ravena said.

The top-ranked Texters have improved to 8-1 and are now on the cusp of clinching a twice-to-beat edge.

Denzel Bowles produced 28 points, eight rebounds, two assists, two steals, and two blocks to lead Rain or Shine, who have now lost back-to-back games and have fallen to 3-5. The Elasto Painters are currently sitting at eighth.

Javee Mocon was the only other Elasto Painter to score in double-digits with 19 points, with 10 boards and five dimes.

TNT will look to keep going versus the Blackwater Elite on Sunday, July 7, still at SMART Araneta Coliseum. Rain or Shine, meanwhile, will aim to snap their skid versus the Alaska Aces this Saturday, July 6, at SM Mall of Asia Arena.

Nico Elorde heeds Pringle’s advice to be aggressive in return