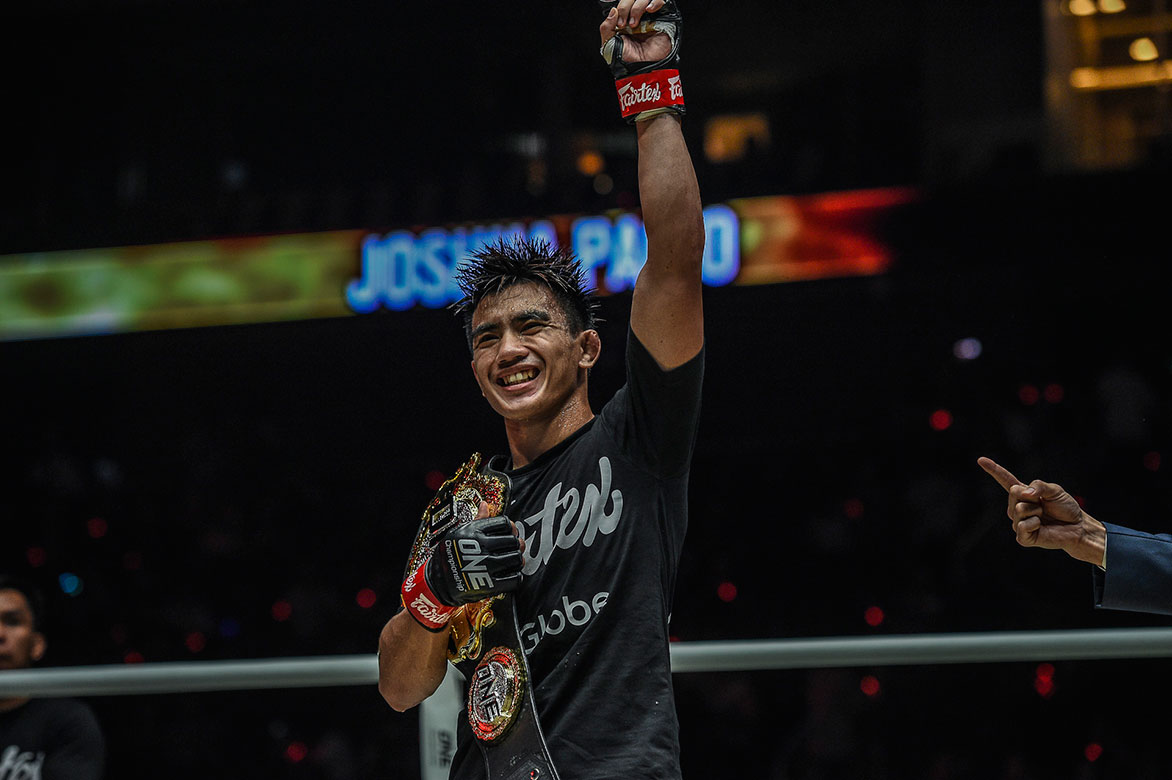 Team Lakay coach Mark Sangiao knows that all eyes will be on ONE Strawweight World Champion Joshua “The Passion” Pacio, as he’s now the last ONE World Champion from the Philippines.

This comes after Brandon “The Truth” Vera dropped the ONE Heavyweight World Title to Arjan “Singh” Bhullar on Saturday, May 15, at ONE: Dangal. For Sangiao, though, it will only prompt his prized star to be better.

“I wouldn’t be surprised if there’s pressure on his part, but we have to motivate him being the lone [ONE] World Title holder from the Philippines,” Sangiao said.

He doesn’t expect motivation to be a problem for the prodigy from Baguio City, even if it’s been a while since the 25-year-old last competed in the Circle.

Sangiao has never had to push Pacio in the gym, as hard work has always been part of the “The Passion’s” DNA.

“I can say that despite being out of action in the ONE Championship Circle, [Joshua] lives here in the gym. I have to make sure that Joshua doesn’t remain stagnant, so when the time comes that he’s up for a World Title defense, he’s ready,” Sangiao said. “We’re working on the things that he needs to improve, the small details in his game that we need to tweak/. But I know that he’ll be ready when the time comes.

“The nice thing about Joshua is that he’s willing to learn. When you teach him something, he’ll work on it, he’ll study it, he’ll train it, and then he’ll show it inside an official match. His training reflects in our matches, and that’s the reason why he’s still a World Champion today.”

With that type of work ethic and the motivation to continue to make the Philippines proud, Sangiao expects Pacio to rule for a long time – especially since Pacio is the perfect definition of the new breed of Philippine mixed martial arts.

“Joshua can do it all in the Circle. He can knock you out, he can submit you; he’s a complete mixed martial artist now,” Sangiao said.

“You look at Joshua, you see the next generation of Team Lakay.”

5 Major Takeaways From ONE: DANGAL

The Best Pictures From ONE: DANGAL