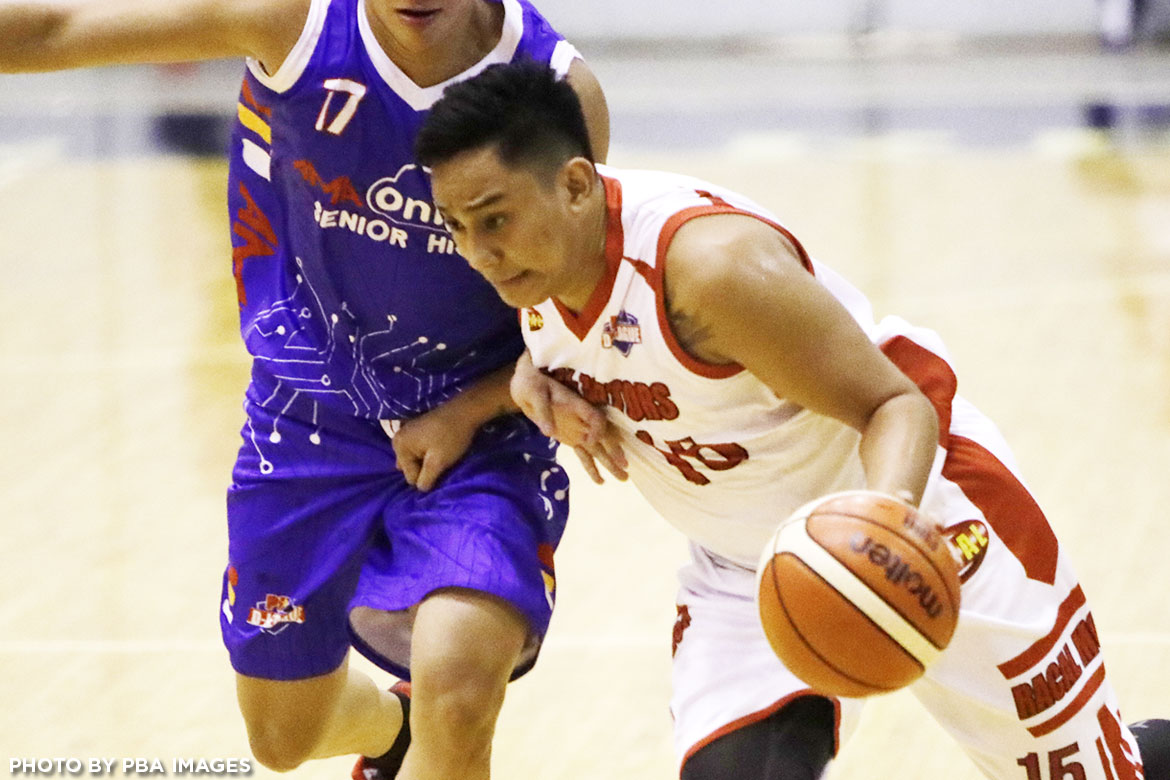 Mac Tallo was a man on a mission Thursday afternoon, scintillating in his D-League debut with the Racal Motor Alibaba. And it seemed that he was making up for lost time.

Right from the get go, the two-time CESAFI Most Valuable Player erupted for 15 first half points, shooting 5-for-6 from the field for 15 points to go along with four dimes. But as the game progressed, his gas also faded.

Tallo, who was the 11th overall pick in the 2016 PBA D-League Draft, suffered an injury during the early part of the year that made him miss the entirety of the Aspirants Cup.

Even if he spent the last five years in Cebu, Tallo felt right at home with Racal as the team’s veterans have helped him adjust to both life in Manila and the D-League style of play.

Moreover, he is in no rush to reach the PBA as he is willing to take his time to improve in the second league.