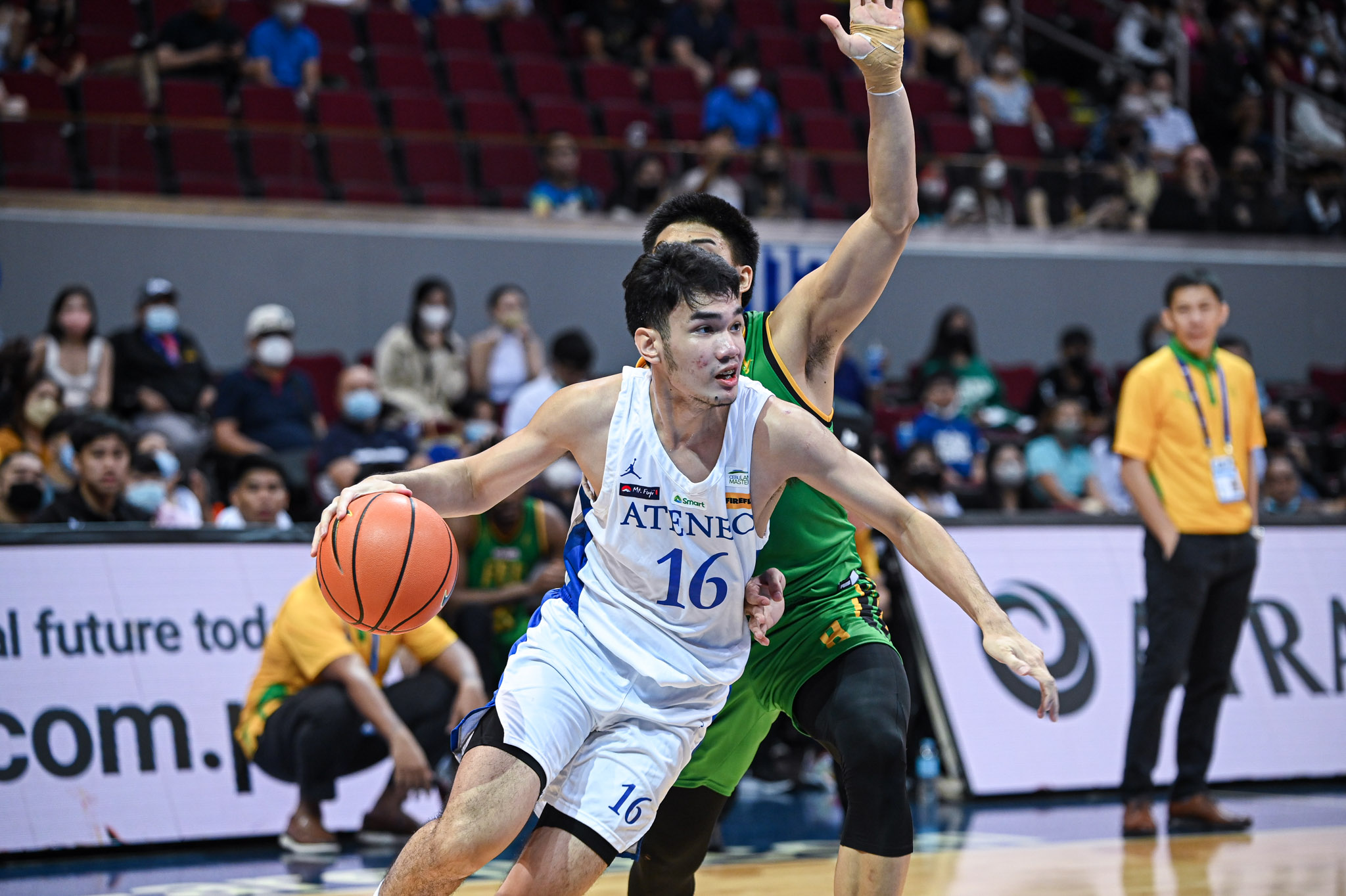 With the Tamaraws ahead by 18 midway, 54-36, Ange Kouame and Forthsky Padrigao finished the frame with 13 consecutive points to pull the Blue Eagles back within five heading into the final period, 49-54.

Paul Garcia, BJ Andrade, Dave Ildefonso, and the reigning Season MVP made sure to continue the rhythm in the fourth en route to the 71-65 win to bring Ateneo to 8-3 in the UAAP Season 85 men’s basketball tournament at the SM Mall of Asia Arena.

Yes, the two players mentioned might have scored the important baskets in their patented third salvo storm but for Ateneo head coach Tab Baldwin it was Josh Lazaro who sparked the comeback.

And that’s why Baldwin made sure to bring the 6-foot-4 energizer bunny to the post-game interview.

“Things came right in the right time and the guy (Lazaro) sitting next to me I thought he’s a big reason why we got things turned around,” said Baldwin, praising the sophomore out of Ateneo High School.

“His rebounding was inspirational.

“That’s what we needed, we needed some inspiration in order to do a lot of different things well and it seemed like that’s what we lacked in the first half,” added the decorated mentor, referring to Lazaro who got two points, eight rebounds with four coming from the offensive end, and a block in 18 minutes of action.

A sparkplug was what Lazaro was in the second half, matching the physicality of the gritty Far Eastern University, which is also fighting for a spot in the Final Four.

In one sequence, Lazaro just went feasting on the boards, grabbing three of his four offensive rebounds there much to the delight of the Ateneo crowd in attendance.

But for the do-it-all forward, it’s just simply doing what the team needs in able to succeed.

“During the halftime, coach talked to us and he just told us to do our jobs and focus on execution,” said Lazaro.

And with Baldwin’s appreciation for bringing him to the post-game interview, the 20-year-old cager who was also a former San Beda Red Cub knows for sure that this would add to his confidence moving on.

The Blue Eagles will try to clinch a Final Four spot come Wednesday against University of the East at 4:30 pm.

“I think big help ito sa confidence ko especially second year player. This is a big confidence going into the next games not only for me but the whole team. I think maganda ‘yung chemistry namin this game and we can use that in our next games,” said Lazaro, whose play greatly resembles William Navarro’s.