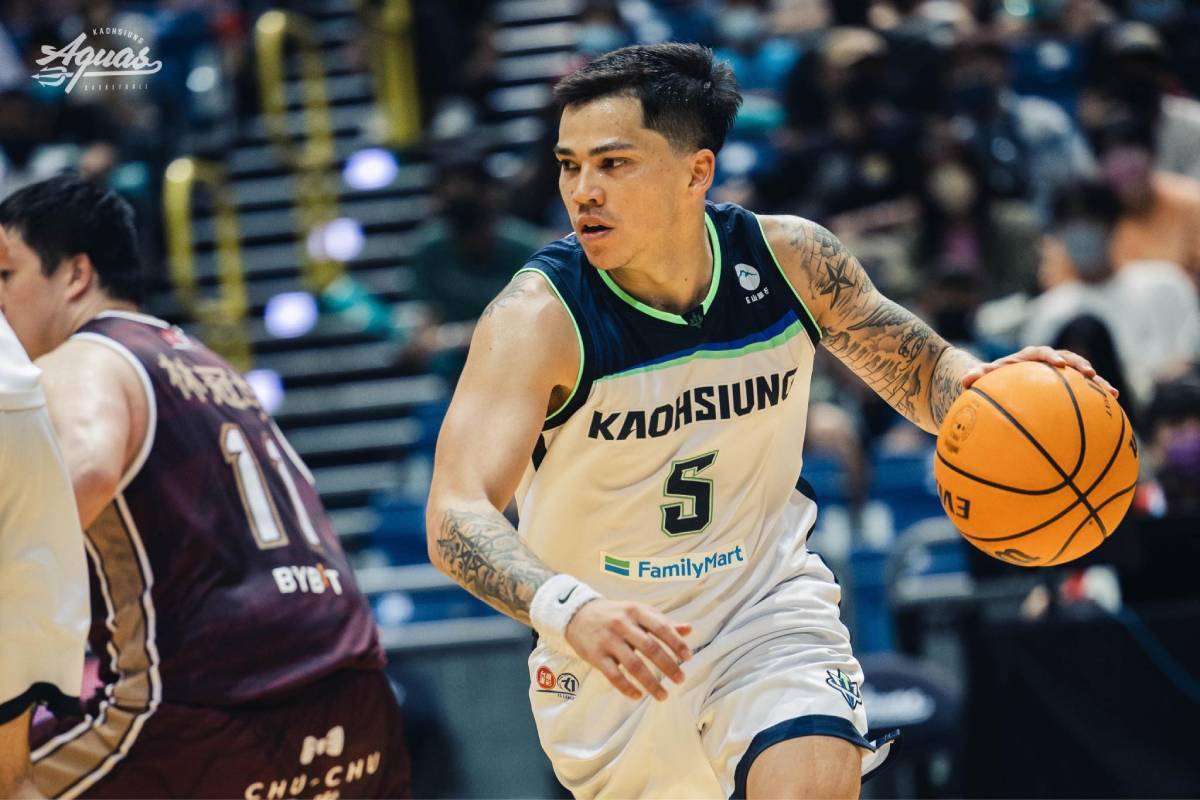 Jason Brickman and Kaohsiung put on another masterclass in the 2021-22 T1 League season, romping Tainan TSG, 100-81, Saturday at Kaohsiung Arena.

With just four games left, the Aquas closed in on the top seed. Possessing a 20-6 slate, a win by Kaohsiung or just one loss by second running Taichung Wagor will seal first place for the former in the elims.

Kaohsiung took control of the game as early as the second quarter.

Up 27-22 entering the second stanza, the Aquas 23-point run in the quarter to gain a double-digit edge and never looking back.

Though Lester Prosper was able to cut the lead down to seven, 73-66, early in the final frame, Ferrakohn Hall sparked a huge endgame run for the 19-point victory.

Mindaugas Kupšas was once again at the forefront of the Aquas attack, finishing with 23 points and eight rebounds.

Gluing things together once more for the Aquas was Jason Brickman who produced 15 points, 13 assists, six rebounds, and a steal.

Besides zoning in on the top seed, Kaohsiung also completed a six-game sweep of Tainan for the season. The Ghosthawks fell to 5-20 in the standings.

Charles Garcia led Tainan with 26 points and 12 rebounds while naturalized Taiwanese player Will Artino got 19 points and 18 rebounds. Naturalized Indonesian Prosper was limited to just nine points on 3-of-8 shooting from the field.

Up next for Brickman and Kaohsiung is Taoyuan tomorrow still at Kaohsiung Arena.