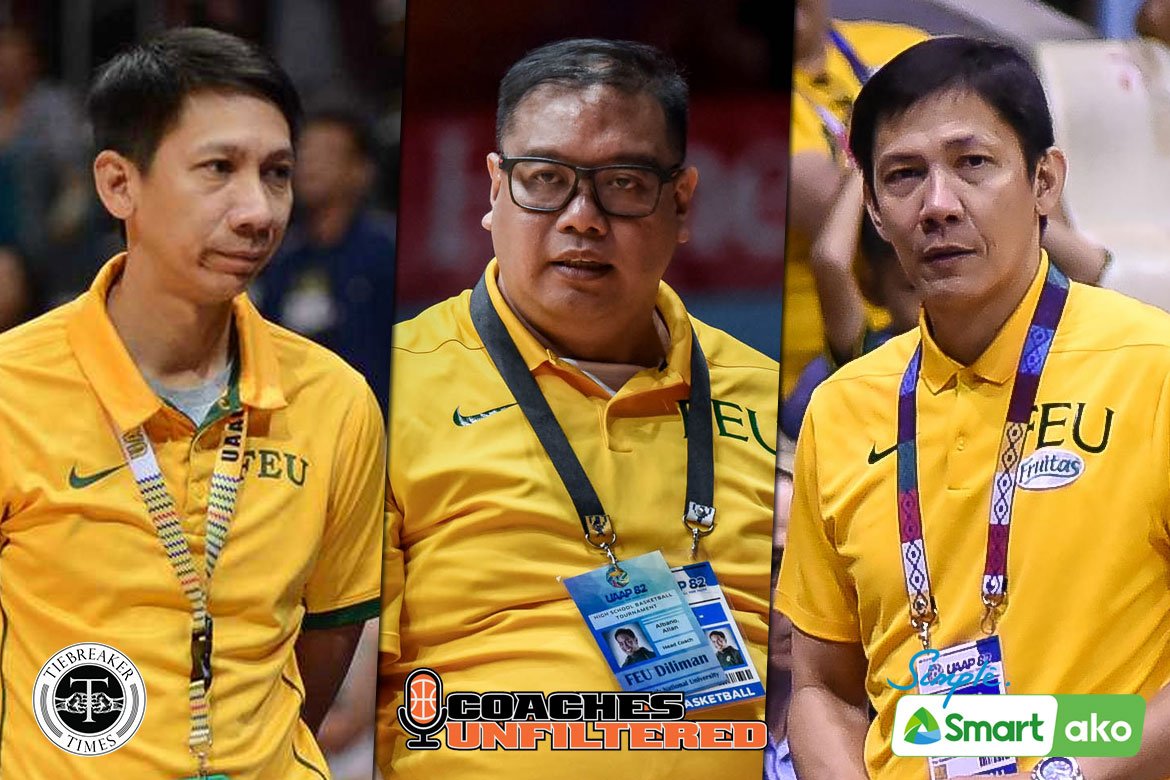 Which school has the longest active streak of Final Four appearances in UAAP Men’s Basketball?

Nope, it’s not Ateneo — they missed out on the semis back in Season 76.

It’s actually Far Eastern University, which has made the Final Four boat since 2013. And it would have been 12 straight Final Four appearances if not for a 69-66 battle-for-fourth loss to La Salle back in Season 75.

During the July 18 episode of Coaches Unfiltered, presented by SMART Sports and supported by Mighty Sports and Choi Garden, past and present Tamaraws coaches Nash and Olsen Racela revealed the program’s secret to consistency.

Even if “fans” view moving from one UAAP high school to a different college is a cardinal sin, it’s not. There are many factors that play into it, including the available courses offered by other schools. And of course, high school and college are separate units that function differently.

But in FEU-Diliman, Albano has made sure that blue-chip Baby Tamaraws like L-Jay Gonzales, RJ Abarrientos, Cholo Anonuevo, Xyrus Torres, and Royce Alforque have decided to stay with the school for their tertiary education.

It’s not just the Baby Tamaraws who have been the Tamaraws’ pipeline.

The developmental teams of the Tamaraws have also played a huge part in the program’s success.

The recruitment process has changed since Nash took over the program back in 2012, though.

That is why the school has needed to be creative to survive and flourish in the current landscape.

“Right now, if you notice the coaches that we have right now with sila Coach Denok, Coach Mark Isip, Coach Vic Pablo, Johnny [Abarrientos] is there… Jolas [Jojo Lastimosa] is there, so stacked kami sa coaches eh,” said Olsen.