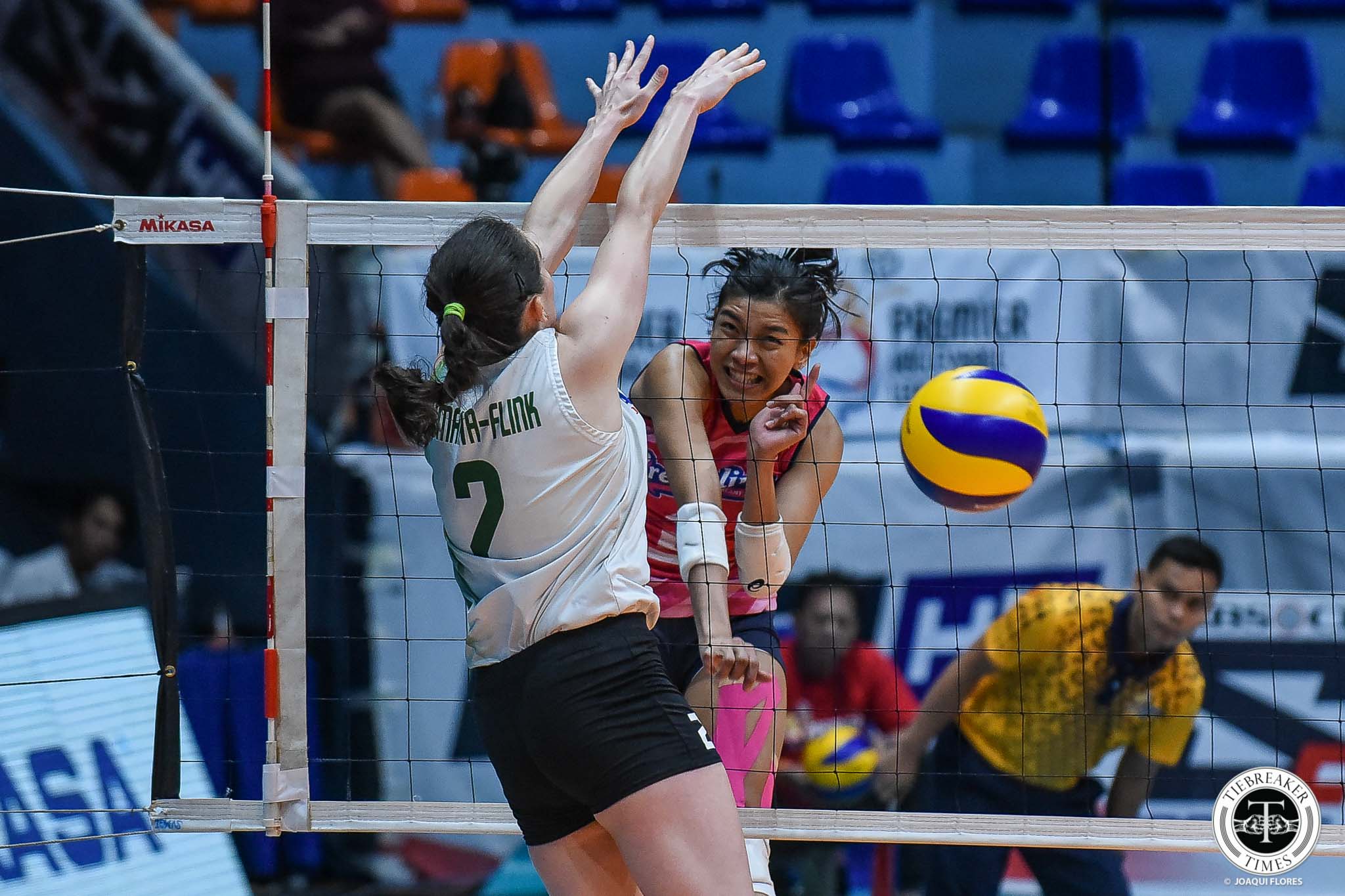 Jolted to their senses following a dismal onset, the Creamline Cool Smashers swiftly recovered their dominant form to dispatch the PacificTown-Army Lady Troopers in four sets, 16-25, 25-16, 25-22, 25-16, in the PVL Reinforced Conference Season 3, Wednesday afternoon at the FilOil Flying V Centre.

With the win, Creamline hiked their win-loss record to 8-1. They also keep hold of their second seat behind Petro Gazz. Meanwhile, PacificTown-Army dropped to a 4-5 card with a one-game separation from fourth-seeded BanKo-Perlas, who possess a 3-5 slate.

The Lady Troopers caught the Cool Smashers off guard in the early going, leading by as much as 11 to take the opening salvo. Down 0-1 in sets, the Cool Smashers got their bearings in the second set to keep PacificTown-Army at bay.

Wanting to turn the tides to their favor in the third, the Cool Smashers played with vigor. Unfortunately, it backfired badly as they started to cough up errors, allowing the Lady Troopers to forge a nip-and-tuck affair.

“During the third set, I think… I’m not taking credit from Army but during the third set, the errors were too many talaga. Even just parang putting the ball to the other side, we’ll make an error,” said Creamline team captain Alyssa Valdez, who finished with 11 points.

As Valdez rallied her teammates, Creamline started to regain momentum. It was all Creamline in the fourth set as they ballooned a 13-9 cushion to a 21-13 spread, courtesy of a hit from Kuttika Kaewpin.

Creamline look to finish their elimination round campaign on a high as they take on the Bali Pure Purest Water Defenders. Meanwhile, PacificTown-Army will try to solidify their semis spot when they face the fourth-seed BanKo Perlas Spikers. Both matches will be on Saturday, June 30, at the same venue.