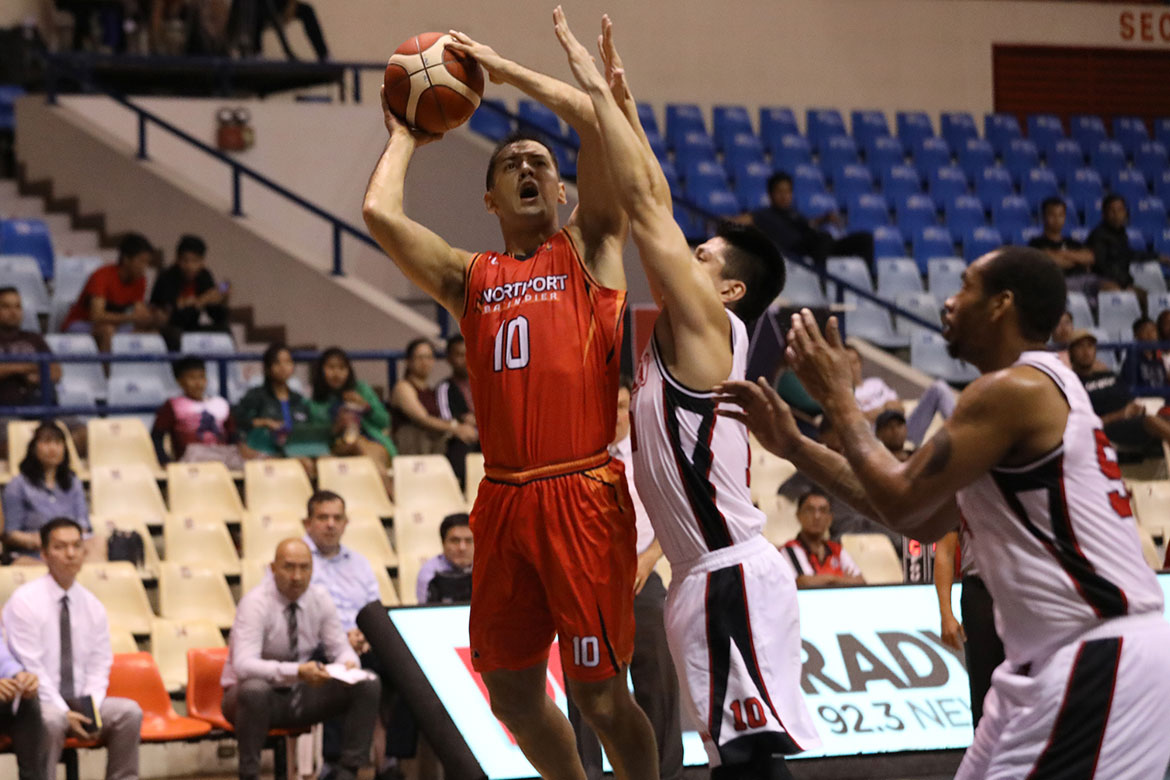 The Batang Pier got their groove on late in the second chapter. A Ryan Araña three-pointer with 6:11 remaining in the third then gave them a 67-53 edge. It was NorthPort all the way after, and they would lead by as many as 24 late.

Sean Anthony had 22 points, six rebounds, and four assists to set the pace for NorthPort, who were without Pringle. The star guard is recovering from the removal of bone spurs in his foot, but was with the team.

Import Prince Ibeh made a good account of himself in his PBA debut. The 24-year-old out of the Texas Longhorns program finished with 19 points on 9-of-14 shooting, along with 13 rebounds, three steals, and two blocks in 40 minutes.

Robert Bolick finished with 19 points as well with five rebounds, while Jonathan Frey chimed in 13 points off the bench. Mo Tautuaa went all-around and collected 12 markers, nine rebounds, six assists, and three steals in the win.

Import Chris Daniels made 21 points and 13 rebounds to lead Alaska, who now carry a 1-1 win-loss card. Guards Simon Enciso and MJ Ayaay were the only other double-digit providers for the Aces with 10 markers apiece.

NorthPort and Alaska will see action again this Saturday, May 25, at the SMART Araneta Coliseum. The Batang Pier will battle the NLEX Road Warriors at 4:30 PM, while the Aces will play the TNT KaTropa at 6:45 PM.