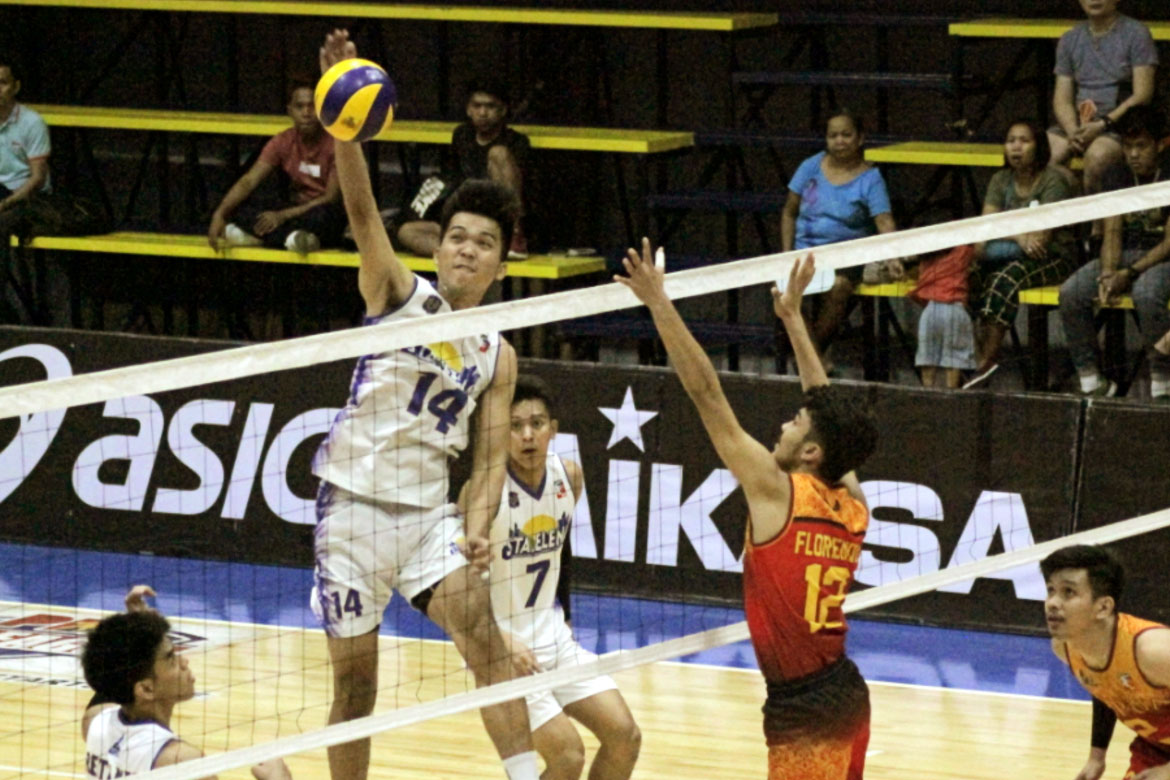 Fresh off a top-four finish in the previous conference, the Sta. Elena-NU Ball Hammers swept the Mapua University Cardinals, 25-8, 25-19, 25-21, in the Group D of the 2019 Spikers’ Turf Open Conference at the Paco Arena, Thursday.

On the other hand, the Cardinals were paced by Mark Egan with nine points all of which coming from hits.

This is Adamson’s second win in three days to gain an early lead in Group A. However, Pao Pablico did not expect his squad’s slow third set after a dominant second frame.

Meanwhile, Baden Pabalate was the lone bright spot for the Wildcats with 10 points — eight of which coming from attacks while two came from the service line.

John Mark Ronquillo paced the Green Spikers with 11 points coming off seven attacks, three blocks, and an ace to propel Eco Oil-DLSU to its first victory in Group B.

In the match which ended in just three sets, a total of 11 players from the Taft-based squad registered a point and only three of them went scoreless.

CEU, meanwhile, was led by Carlo Villahermosa with five markers while Robin Clemente finished with four in the loss.