Continuing to amaze, the young University of Santo Tomas Growling Tigers rallied and beat the AMA Online Education Titans, 113-108, to stay unscathed in the 2019 PBA D-League on Monday at Paco Arena in Manila.

Mark Nonoy injected the much-needed energy for the Growling Tiges. He dropped all of his 14 points in the team’s 44-point fourth quarter barrage, as they completed the fightback from an 11-point deficit, 78-67, in the waning moments of the third period.

Soulemane Chabi Yo led UST’s attack with 25 points, 18 rebounds, and five blocks. Meanwhile, Sherwin Concepcion added his own double-double of 20 points and 13 boards off the bench.

Rhanz Abando and Renzo Subido both scored 19 to help the Growling Tigers move up the Aspirants Group leadership at 2-0.

It was also an admirable performance from Joshua Munzon, who held the fort for AMA with 46 points, the second-most points in a game in PBA D-League history. The top overall pick also added 11 rebounds, six steals, and four assists in the losing cause.

Franky Johnson added 21 points and seven rebounds, while Troy Rike had 13 and nine for the Titans (1-1).

#ReadMore  After a long while, Baser Amer shines bright once more 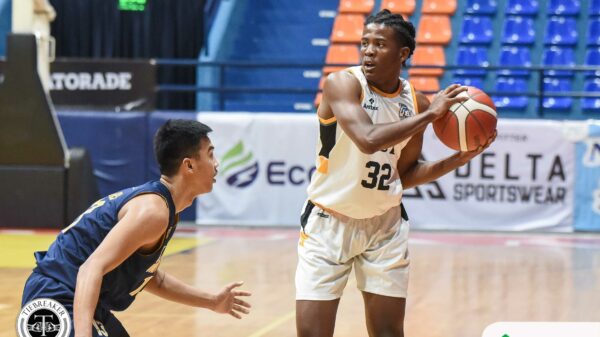