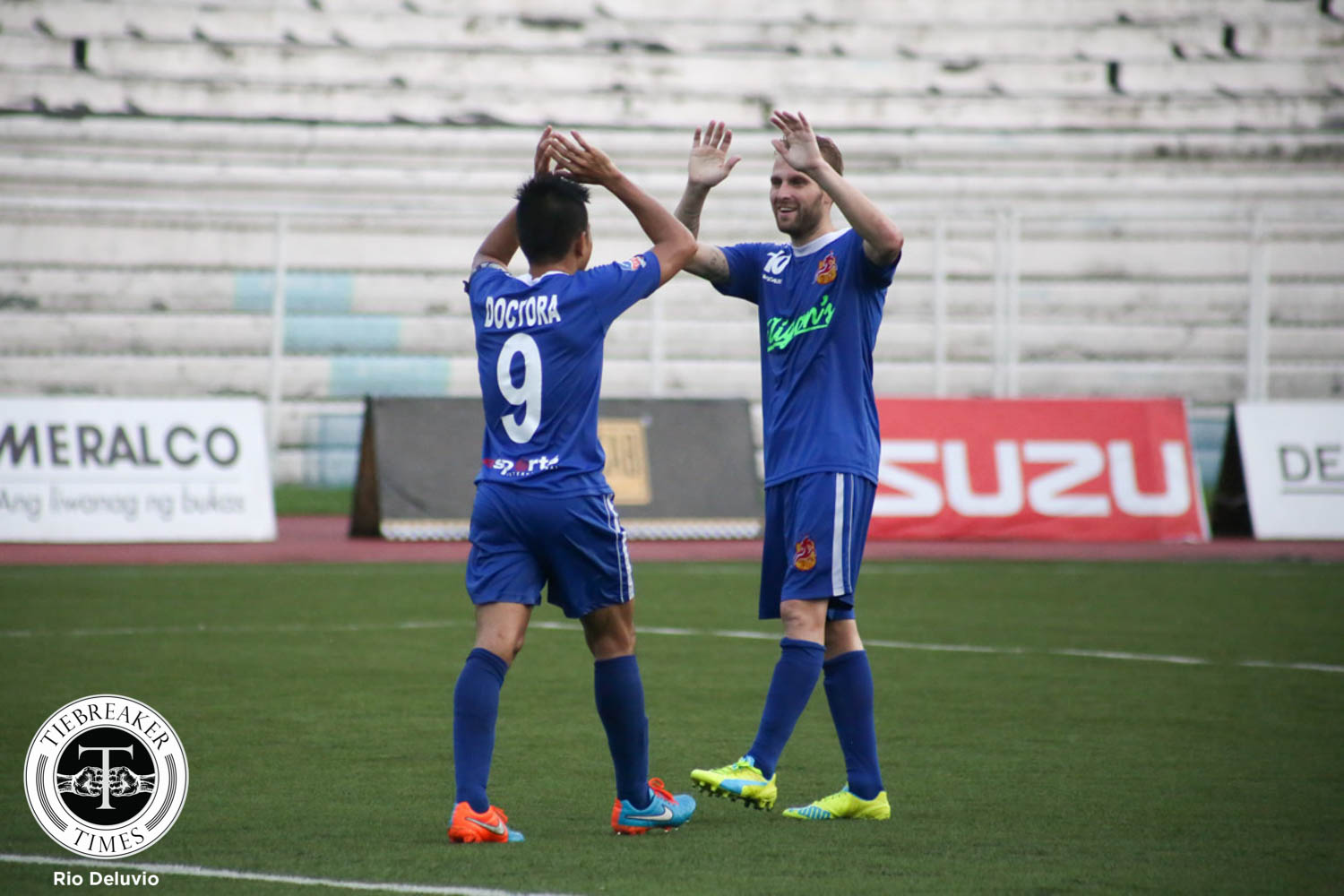 With some adjustments made, Stallion FC kept their title hopes alive after overturning a halftime stalemate to a 4-1 rout over Forza FC, Tuesday at the Rizal Memorial Football Stadium.

The blue-shirts dominated possession and the attacking opportunities, but they could not seem to find that final touch that could lead to a goal. Forza keeper Abu Ibrahim made it difficult as well for Stallion as he made some crucial stops in the early part of the opening half.

Nonetheless, Stallion successfully breached Ibrahim’s guard in the 22nd minute. Wing-back Terrence Linatoc took his chance off a run on his flank and blasted the ball into the Forza goal for the go-ahead.

Several chances to double the lead went Stallion’s way, but Simone Rota’s attempt of an errant free kick sailed over the bar. A good through pass from Nathan Alquiros almost connected with a Ruben Doctora header, but Forza cleared the ball away.

Forza then took advantage of Stallion’s high pressure and mounted something from the counter-attack. After numerous chances, including a Stephen Burda header off Nicholas Ferrer’s corner kick, produced nothing, the white-and-red shirts gained confidence.

In the 40th minute, Forza’s Hayato Aoki found himself inside the Stallion penalty area, but Rota shoved him out of position. The Stallion defender was consequently booked, and the Japanese striker converted from the spot to put the game on level terms.

Despite the apparent dominance, Stallion failed to show it on the scoreboard. This prompted Head Coach Ernie Nierras to make some changes. “I changed formation to 4-3-3. Our two center backs are so close to each other,” the Stallion coach shared.

#ReadMore  Timofey Nastyukhin hopes for coronation at ONE on TNT II

With the adjustment, attacking Carlos Polli got some more room to operate. The change bore fruit as early as the 48th minute. After a good passing sequence, Doctora saw a slight opening at the goal from the top of the box and fired a cannonball to the roof of the goal to regain the lead for Stallion.

After surviving a scare in the 53rd minute from a Forza free kick, Stallion doubled the lead nine minutes after. Substitute Ashley Flores found a rushing Fitch Arboleda and sent the latter a lob pass high enough for a headed goal.

With momentum on their side, Stallion padded on the lead in the 62nd minute. Joshua Beloya finally put another goal to his name, as he finished off a good assist from Polli to push the lead to 4-1.

The score line could have been bigger, but a mixture of fatigue and Forza’s desperate defending made it final for Stallion. Forza made some last gasps effort at goal, only their finishing failed them. At the end of the 90 minutes, Stallion walked away with a well-deserved win.

Coach Nierras cited his team’s improvement on offense as the key to winning games. He shared, “Before we have more off target [shots] than on target. Now, we’re getting more on target. We just need finishing.” Nierras was also happy that his team played stronger in the second half, but believes they have more work to do for the next games.

Earlier in the afternoon, the postponed match between Kaya FC and Agila MSA FC was supposed to be played before the Stallion–Forza tussle. However, Agila failed to show up, forfeiting the match in favor of Kaya.

#ReadMore  Eric Kelly throws name in hat for The Apprentice: ONE Championship Edition

Stallion FC will close out their first round campaign against the dangerous Green Archers United FC on Saturday, July 16 at 4pm. Meanwhile, Forza FC will end theirs against Agila MSA FC on the following day at 7am.

Kaya FC will look to follow up this win and revive their campaign, as they face Loyola Meralco Sparks for their final game of the first round on Sunday, July 17 at 1:45pm. 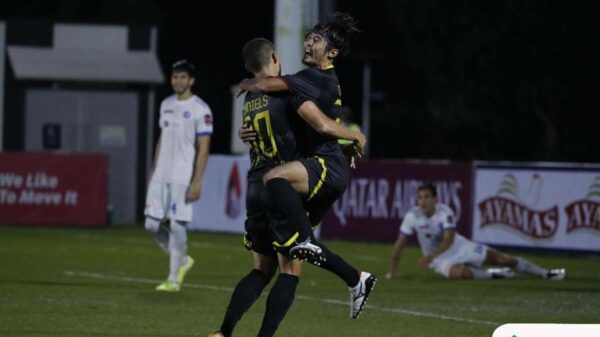 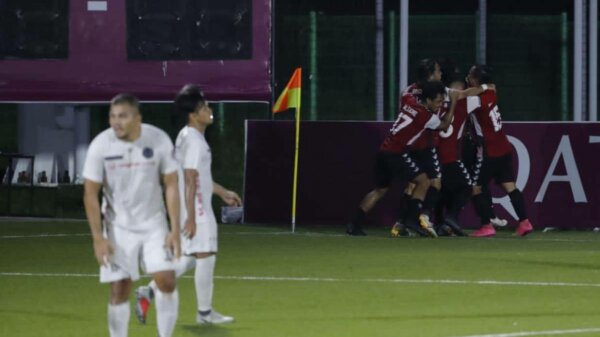