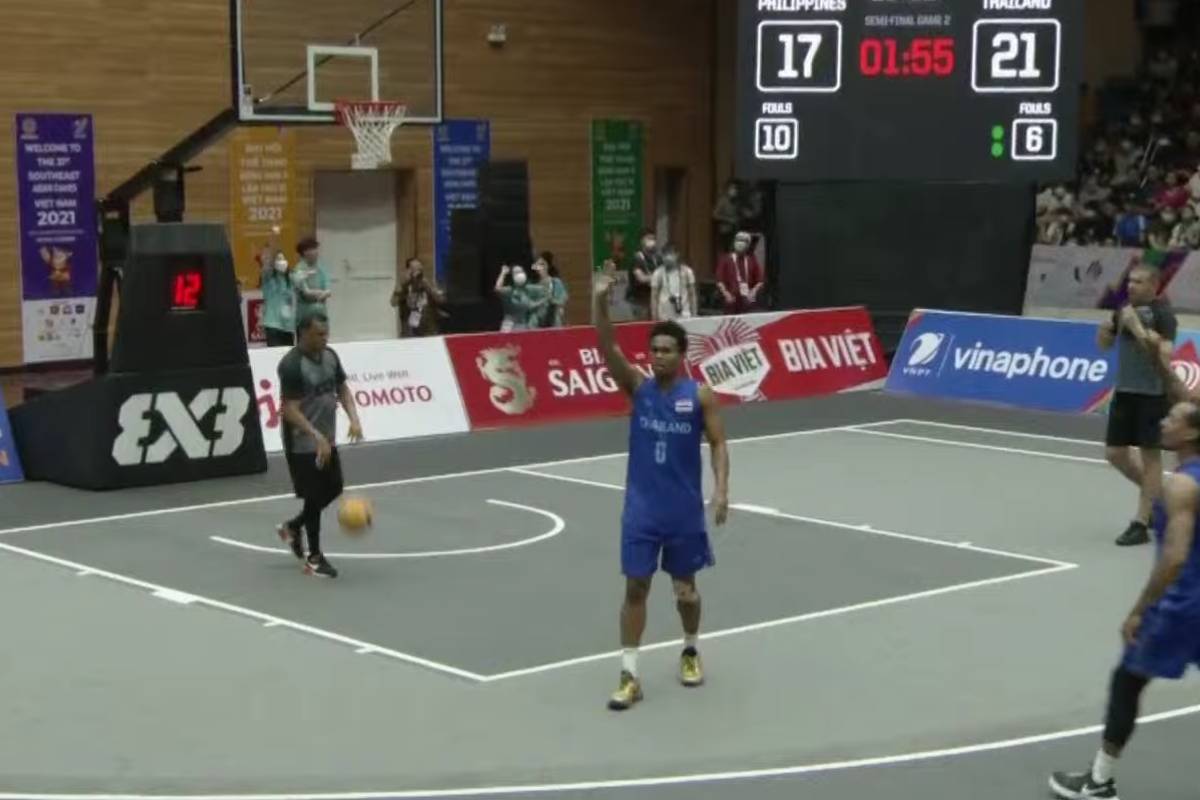 Gilas Pilipinas is no longer the halfcourt kings as it bowed to regional rivals Thailand, 21-17, in the 31st Southeast Asian Games men’s 3×3 semifinals, Saturday at the Thanh Tri Gymnasium in Hanoi, Vietnam.

The result meant that no Philippine 3×3 team will go back home with a gold. Earlier, the distaff side lost to the Thais as well through a 21-14 result.

This comes as a shocker, given that the Nationals ruled both events in dominant fashion — the men’s side swept the tilt while its counterpart lost just once — back in 2019 in Manila that eventually led to a gold rush in all four cage meets.

Both the Filipino squads will try to salvage a bronze medal finish against, coincidentally, Indonesia later in the evening.

Made up of the Limitless App team that ruled the PBA 3×3 First Conference, Gilas Men was actually trading blows with Thailand early on, and Brandon Rosser tied it up at 9-all with a deuce with 6:15 remaining.

Fouls, however, proved to be their main problem. Already in penalty that early, Freddie Lish was awarded with two free throws, which he both made to give the Thais the two-point lead nine seconds after Rosser’s bucket.

Thailand got going from that point on. Antonio Price and Moses Morgan joined hands to push their lead to 16-13 with 4:37 to go.

Rosser nailed back-to-back hits to keep the Filipinos in the thick of the fight but the opposition could not be contained. Chanatip Jakrawan scored three consecutive, and Morgan put them on the hill, 20-15.

Price went on to deal the finishing blow, splitting his charities with 1:55 left to ensure that a new ruler of SEAG 3×3 will be crowned.

Thailand, the silver medalists in 2019, will look to bag home the elusive gold medal against host nation Vietnam later at 6:40 p.m.