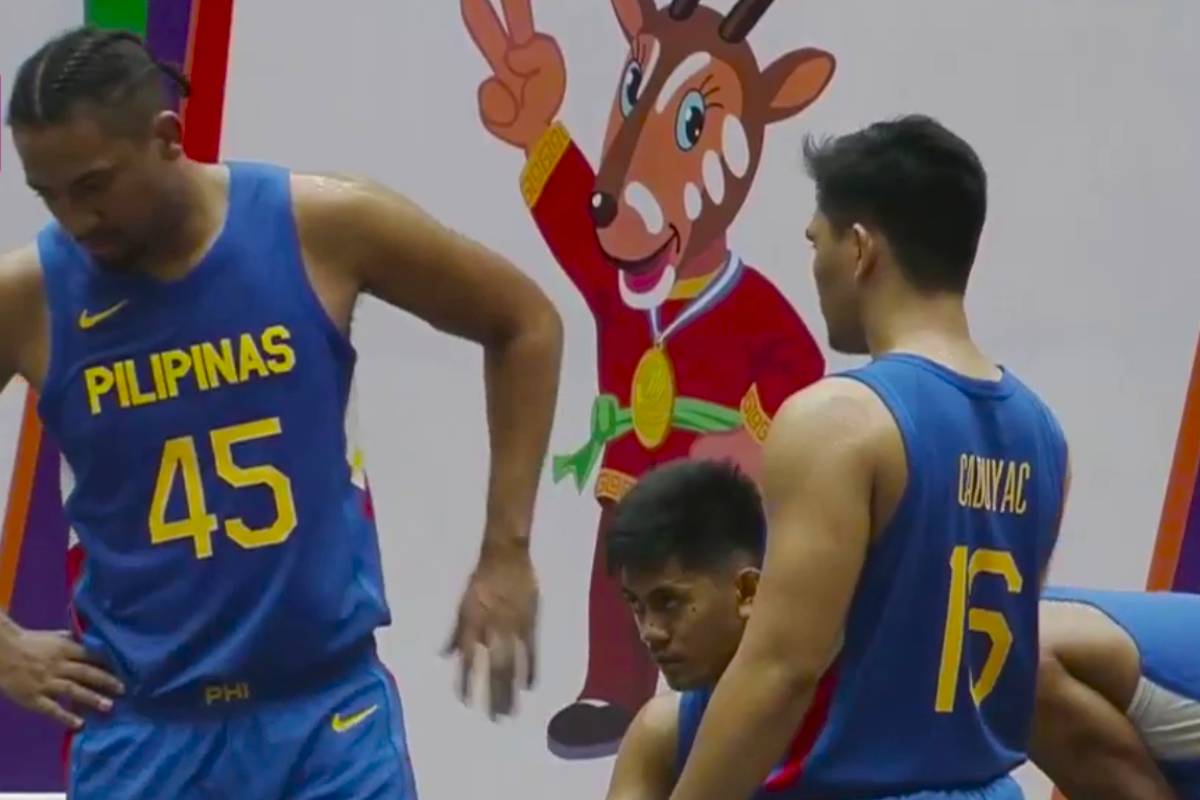 Gilas Pilipinas failed to sustain its immaculate record after absorbing a shock 15-13 defeat at the hands of Indonesia in the 31st Southeast Asian Games’ men’s 3×3 competitions, Friday at the Thanh Tri Gymnasium in Hanoi, Vietnam.

The Filipino dribblers actually took control of the match early behind Brandon Ganuelas-Rosser and Jorey Napoles, only to blow it as the opposition patiently chipped away the deficit behind the efforts of Jamarr Johnson.

Surliyadin Itun went on to sink one from the foul line with 5.5 seconds left to deal the reigning gold medalists their first-ever defeat in SEAG 3×3 history.

It could be recalled that the all-PBA crew made up of CJ Perez, Chris Newsome, Jason Perkins, and Mo Tautua’a never lost en route to the title in the 2019 meet in Manila. They finished the tilt with a perfect 8-0 record overall.

The Nationals failed to follow up their impressive 21-16 victory over Thailand prior, where they came back from five points down.

Ganuelas-Rosser starred in that win as he nailed the game-clincher off a drive with 3:09 left, giving the Philippines its second victory of the day after starting its title defense bid by way of a 19-7 conquest of Cambodia.

Gilas finished Day One of the two-day hostilities with a 2-1 record, good enough to sit second in the standings behind the host nation.

Boosted by homecourt advantage, the Vietnamese appear to impose a huge threat to the Filipinos after winning all four of their assignments earlier, indicative of how motivated they are to improve their bronze finish in 2019.

#ReadMore  Jared Dillinger on who he wants to face in the Finals: 'I hope we play Ginebra'

Vietnam and Gilas will take on each other on Saturday at 3:00 p.m. in one of the most anticipated clashes in the regional meet’s halfcourt wars.