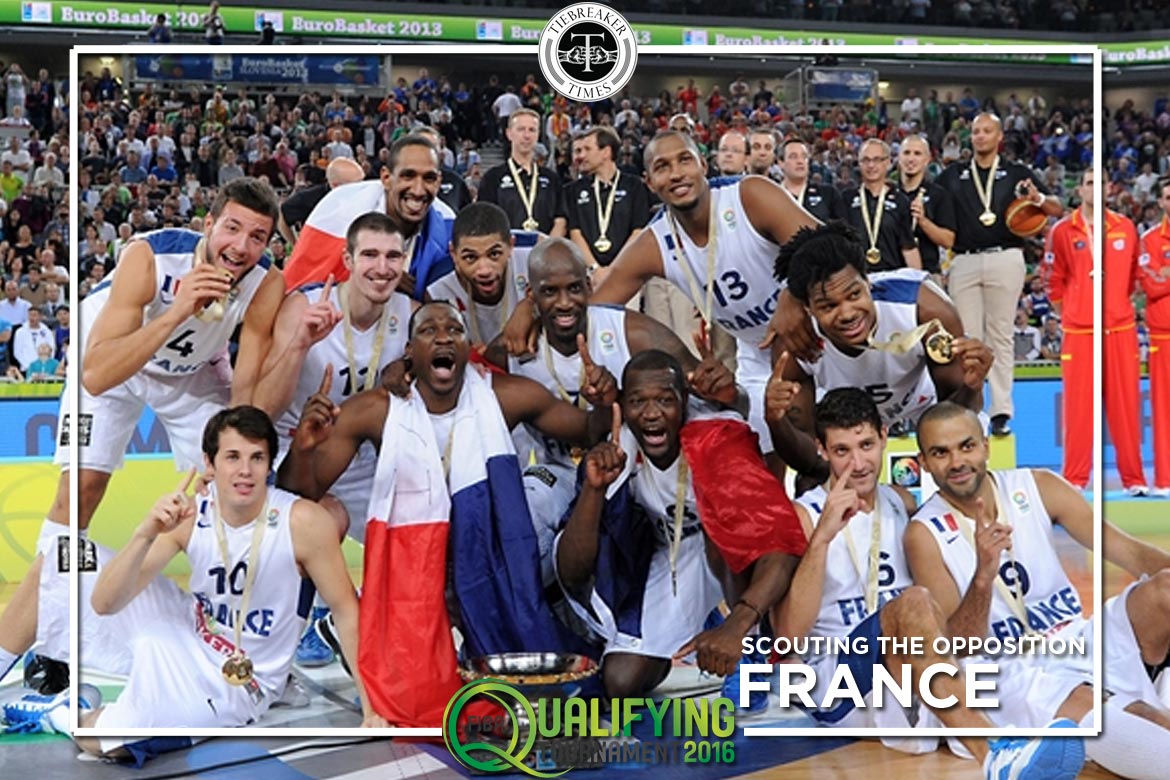 With less than a week left before the 2016 FIBA Olympic Qualifying Tournament in Manila, Philippines, here’s a five-part series to know more about the participating teams in the tournament. Let’s start with France.

France finished with a bronze medal in the 2015 FIBA EuroBasket Championship. They lost to Spain in the semi-finals, 80-75, before taking home third place with an 81-68 win over Serbia. Since only two outright Olympic berths were at stake for Europe, France will have to do it via the OQT.

France have enjoyed great success over the past three years. The team were the winners of the 2013 EuroBasket; the year after, France took home the bronze medal in the 2014 FIBA World Cup, which included a big win over heavy favorites Spain in the knockout stages.

France are aiming for a ninth appearance in the Olympic Games, and a second straight since missing the 2008 edition in Beijing.

France were one of the most balanced teams in the 2015 EuroBasket. They were the top defensive (67.3 PPG allowed) and rebounding (41.6 RPG) team, and fourth best offensive team. France had the second lowest three-point attempts average in the competition, valuing high-percentage shots.

Most of France’s offense is initiated by the squad’s pair of penetrating guards, Tony Parker and Nando De Colo. De Colo was France’s leading scorer in the tournament with 13.1 PPG. He also averaged 3.7 APG and shot 42.9 from three-point area. The two guards’ quickness in getting to the rim, coupled with high pick-and-rolls or back screens, resulted in multiple drive and kick plays for France.

Unsurprisingly, another “playmaker” who would initiate the offense was Boris Diaw, who led the team with 4 APG. His veteran smarts, vision, and high basketball IQ also helped with setting up most especially their bigs.

Everyone can score for France, making them one of the most dangerous teams in the upcoming OQT.

France will be without Rudy Gobert in the Manila OQT. Gobert averaged 10.4 PPG, 8.1 RPG, and 2.0 BPG in the 2015 EuroBasket. His ability to alter shots and protect the rim will be missed. Evan Fournier, France’s first shooting guard off the bench, is also unavailable. But the team is expected to have Thomas Heurtel and Edwin Jackson back in the line-up to provide more depth.

Expect De Colo, Diaw, Batum, Parker, and Joffrey Lauvergne getting spots in the starting line-up with the two returnees, plus Florent Pietrus and Mickael Gelabale getting regular rotation minutes.

Even without Gobert and Fournier, France are a formidable side and are expected to top Group B of the tournament. Making the Olympics is very doable, but do not be surprised if someone else from the other side puts an end to that goal.
In this article:2016 Basketball Olympic Qualifying Tournament, Boris Diaw, Joffrey Lauvergne, Nando De Colo, Nicolas Batum, Tony Parker, Vincent Collet