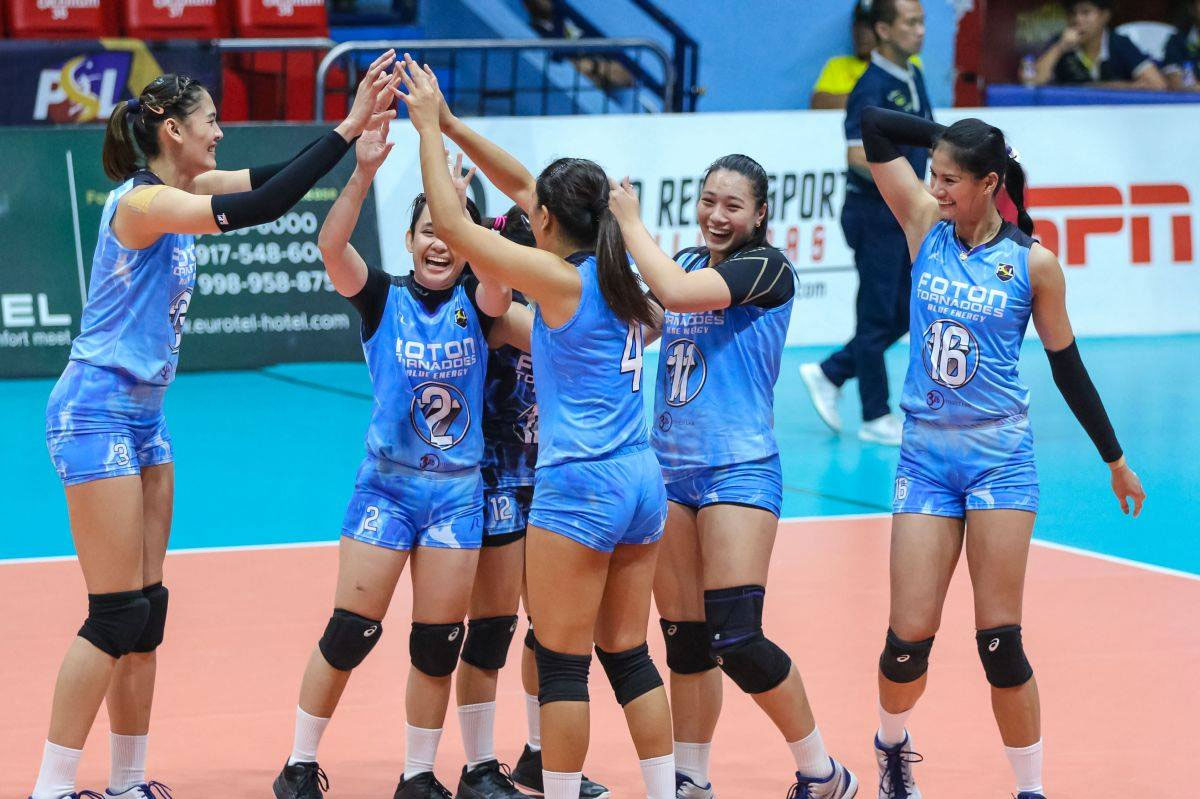 Jaja Santiago and Dindin Santiago-Manabat refused to allow anyone to stop them from lifting the Foton Tornadoes Blue Energy to the semifinals round of the 2019 PSL All-Filipino Conference last Thursday.

Foton overcame a lethargic start against the PLDT Home Fibr Power HItters, as the towering sisters seized command in the last three sets to punch the team’s ticket for a first semifinals appearance since the 2018 PSL Grand Prix.

The Tornadoes also ended a two-year drought in the All-Filipino tourney, wherein they last made the semis back in 2017.

The high-scoring duo accounted for 35 points in the knockout bout. Santiago had 20 markers — built on 14 attacks, and five blocks — while Santiago-Manabat supplied 15 points, which included three blocks and three aces.

Behind their spirited performance, the two simply wanted to continue paying off the good faith the team has given them.

In previous conferences, the Tornadoes might have had a higher chance of making it to the crucial stages of each competition had the Santiago sisters remained a part of their roster.

But since Foton uphold the growth of their players above anything else, the club team allowed both Santiago and Santiago-Manabat to spread their wings and fulfill their tour of duty in Japan.

Now returned to the fold, the twin towers have been using all of the experience they reaped overseas to push Foton to greater heights and closer to the penultimate prize.

But yet another daunting task will test their resolve, with a do-or-die semis match against Kalei Mau and the F2 Logistics on Tuesday at the Muntinlupa Sports Center.