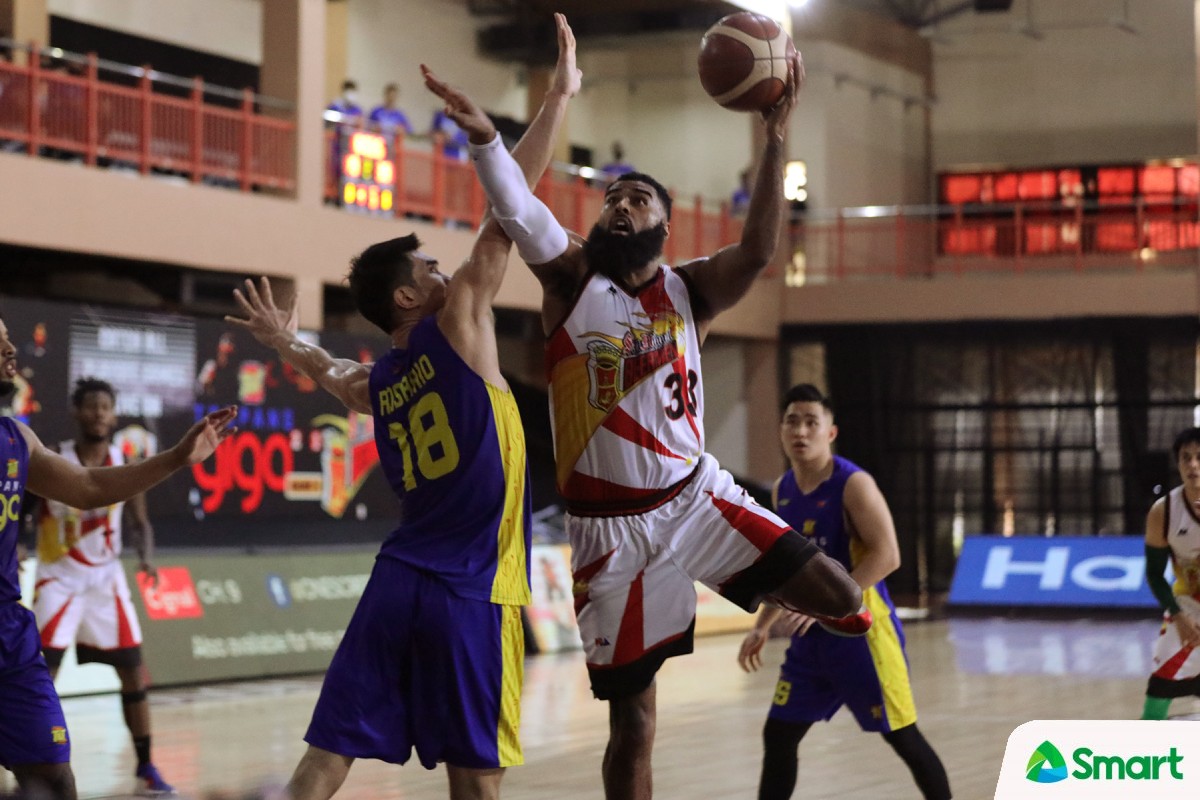 The Beermen attacked the Tropang Giga frontcourt — particularly Poy Erram and Troy Rosario — from the start, and that proved to be a game plan so effective as the two spent most of the time on the bench due to fouls.

Erram already had three while Rosario had two in the first quarter alone, allowing SMB to feast inside with Mo Tautuaa scoring seven in a 12-4 run to flip a narrow four-point lead to 12, 24-12, with 1:55 left in the said period.

Arwind Santos hit back-to-back triples to open the next frame, and Tautuaa’s freebies seconds later inflated their lead to 34-14 as a one-sided affair ensued all the way to the end that saw San Miguel lead by as many as 37 points.

“If you noticed, in our past few games against Talk ‘N Text, we were always in a catch-up situation. But we want to have this good start, which happened today,” lauded head coach Leo Austria.

Tautuaa led San Miguel with a conference-high 25 points — 19 in the first half — on an efficient 7-of-9 shooting from the field. The 6-foot-8 big man also collected nine rebounds, an assist, a steal, and a block in 25 minutes.

“I feel like I did better this time, I was finishing my layups. If you guys [had] seen my stats lately, I was struggling from the layups. It was nice to see the ball go in. Finally,” said the 32-year-old.

Terrence Romeo finished with 16 points. June Mar Fajardo and Marcio Lassiter produced 13 points apiece, with the reigning six-time Most Valuable adding 12 rebounds to chalk up his 12th double-double this conference.

SMB won the battle of the boards, 57-47, and limited their turnovers to just 15 after averaging 18.6 in the first three games of the series — two things that have made the champion bench tactician proud of.

“We were able to get a good start because we were trying to limit our turnovers,” he said. “And today, we had a lot of defensive rebounds and we were so focused on our defense. That was the key. Everybody stepped up.”

Such a rousing performance dealt TNT their worst loss of the conference thus far. The last time the flagship MVP franchise lost in double-digit fashion was in the elimination round against, well, the Beermen through a 67-83 defeat.

The Tropang Giga lost Poy Erram in the game due to an accident with 8:29 to go in the second period as Tautuaa landed on his head following their loose ball battle. He was sent to the hospital to get checked further.