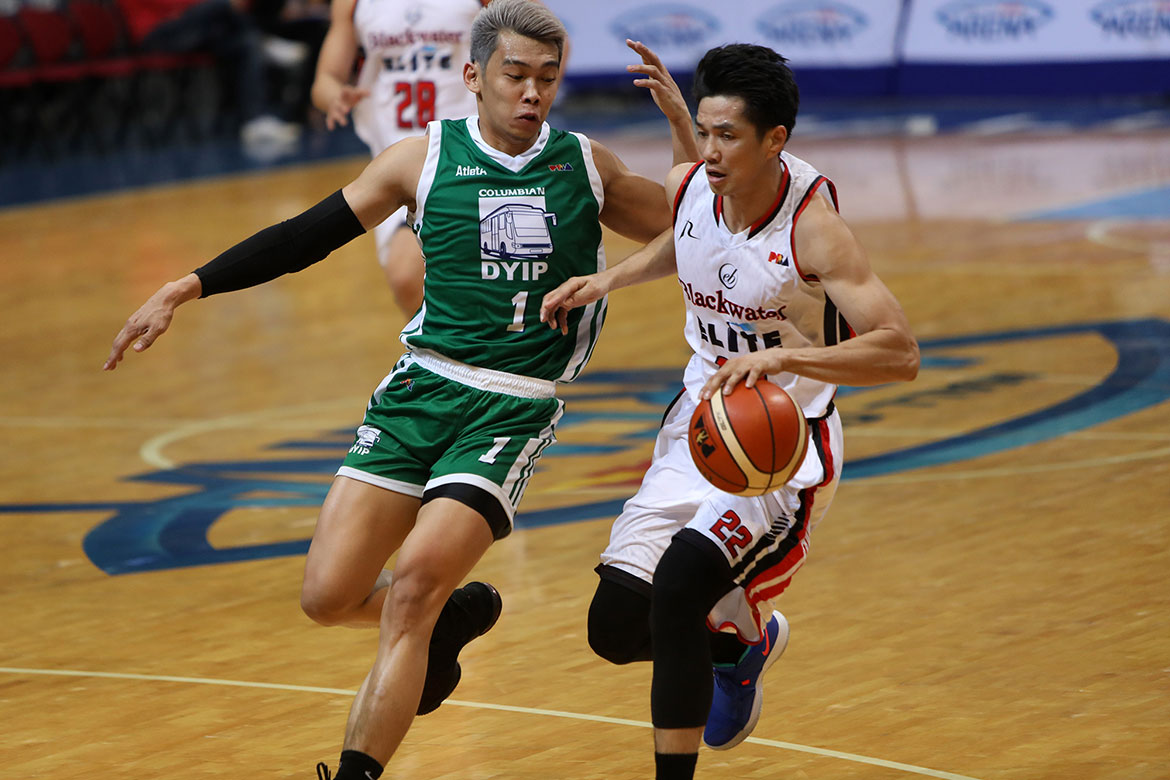 The Blackwater Elite used Rashawn McCarthy’s remarks that facing them would be ‘a winnable game’ for Columbian Dyip as extra motivation, as they proved otherwise and eked out a 106-100 win, Friday evening at SM Mall of Asia Arena.

Head coach Bong Ramos was aware of McCarthy’s comments, but instead of being offended, he used it to push his wards.

“Likewise. Yun din naman motivation ko sa players. Dyip is doing well, tinatalo nila yung malalakas na teams. Pero I told the we can get this W because we can match up. Just have faith in the system,” said the seasoned bench strategist.

Allein Maliksi led Blackwater with 29 points, six rebounds, and five assists. Third-year forward Mac Belo had his best game of the season so far,  unloading 22 points on 7-of-12 shooting from the field along with nine rebounds.

Belo scored 10 of his output in the final frame where they led by eight, 100-92, with 2:02 remaining. But the Elite then squandered their lead, allowing the Dyip to pull off an 8-2 spree to make it a two-point gap with 36.7 seconds left to play.

Luckily for them, Sumang stepped up and coolly sank his freebies. The breaks then went in their favor as McCarthy turned the ball over. Paul Desiderio settled the final count with his own foul shots.

The game also saw the return of Rabeh Al-Hussaini following a lengthy absence from the Elite due to personal problems. The 6-foot-6 slotman received a warm welcome, and finished with 11 points and four boards.

CJ Perez led the Dyip with 22 points and eight rebounds. McCarthy finished with 18 points and seven assists, while Glenn Khobuntin chipped in 17.

Blackwater has improved their card to 2-6 and are still alive in the playoff hunt. The same goes for the Dyip, who are coming off a morale-boosting win over the Meralco Bolts last Wednesday – even if they drop to 3-5.

Blackwater will look to get going when they take on the TNT KaTropa on March 9, Saturday, at the Ynares Center in Antipolo. Meanwhile, Columbian aim to bounce back versus the Rain or Shine Elasto Painters on March 6 at SMART Araneta Coliseum.