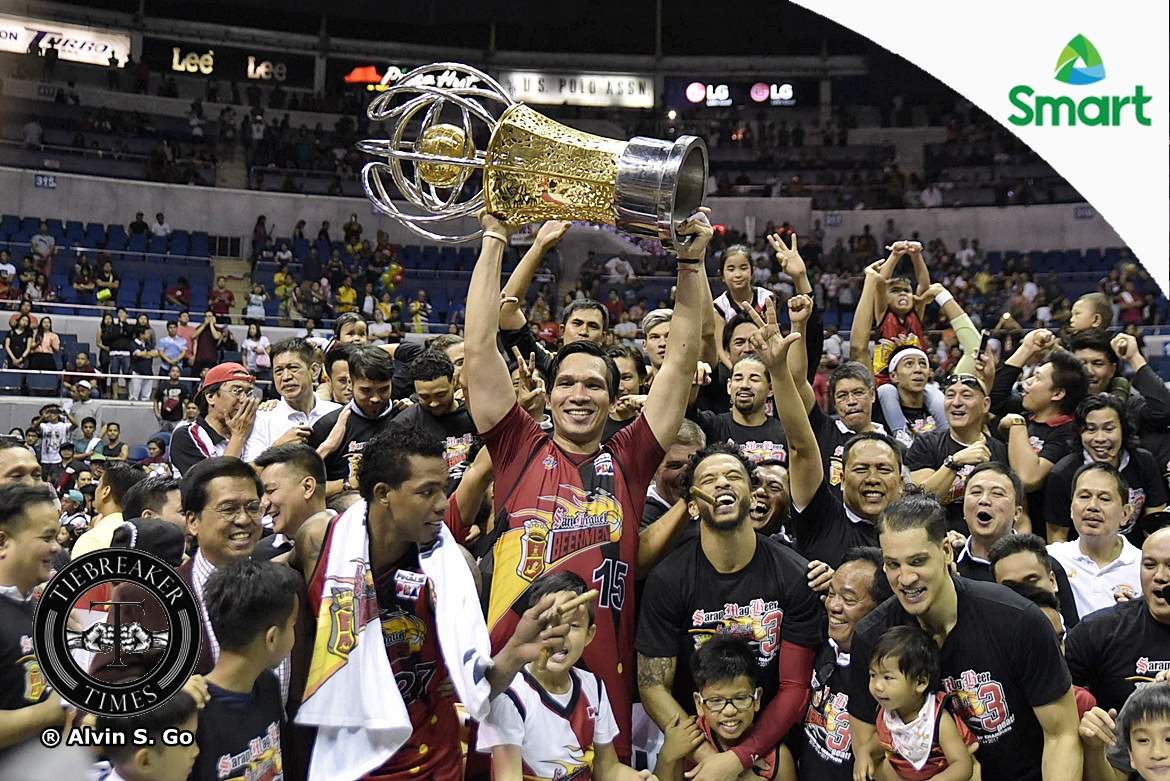 Although the team will be missing top overall pick Christian Standhardinger for the entirety of the 2017-18 Philippine Cup, the PBA board of governors still see the San Miguel Beermen as the consensus favorites to bag the All-Filipino crown for the fourth straight year.

Besides San Miguel, the teams are also wary of what the Barangay Ginebra San Miguel and the TNT Katropa will bring.

“TNT, intact ‘yung line-up. They also have bigs who can match-up with June Mar [Fajardo], same is true with Ginebra, Greg [Slaughter] is back in the line-up, so are their rookies.”

“Of course, San Miguel. And then Ginebra, and TNT,” added Rain or Shine governor Mert Mondragon. “They have good players, they have extremely good coaches. Basta mahusay sila lahat.”

“Kami sa Rain or Shine, for the information of the rest of you, we have five players who are out. [Raymond] Almazan, Jericho Cruz, Jireh [Ibanes],” disclosed Mondragon.

Same as Rain or Shine, the Meralco Bolts are also saddled with injuries to start the season.

Kia governor Bobby Rosales and TNT assistant team manager Magnum Membrere  gave an interesting take on who they think are the dark horses for the conference.

“I think a darkhorse in the all-Filipino is NLEX,” Rosales said.

But the representatives of Alaska, Blackwater, Phoenix, and NLEX are confident that they can shock the league.

“Just like Dickie, we’re hoping we could improve. There’s no way to go but up, we were losing last conference. We got the coaches of Alaska and we’ve got a good rookie so it’s nowhere to go but up,” said Phoenix’s Raymond Zorilla.

“Personally For Blackwater, we have Raymar Jose and I think he will be a big help to Poy Erram. We depend on Poy Erram and when he gets injured, the whole team collapses. Now we have a second option and hopefully he will give the team a good chance,” said Silliman Sy.

“You’ve seen NLEX in the first two conferences, we were in the bottom, but in the last conference, NLEX performed reasonably well and we will continue to improve,” vowed incoming chairman Mon Fernandez.