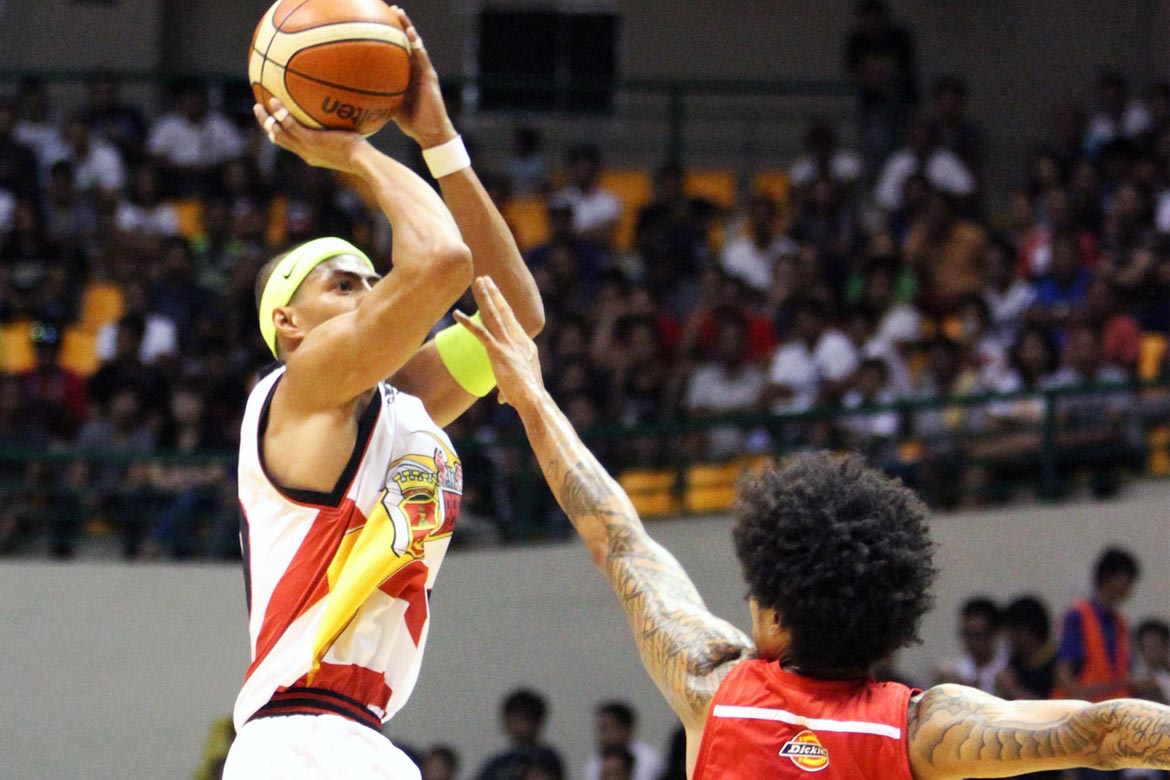 The Beermen brought back a former import in their Petron Blaze Boosters days, Elijah Millsap, who finished with 25 points and 14 rebounds to go along with four assists and 8/11 from the free throw line.

The Beermen had a 17-point lead during the second quarter that slowly melted down under a second-half run by the Elite.

Propelled by an all-offensive fightback, Blackwater tried to salvage their conference with an upset against the defending champs in the third canto. They took a momentary 69-67 advantage at the 2:44 mark of the third behind the efforts of their starters, while the Beermen sucked wind in a near 4-minute dry spell.

Despite losing Millsap due to foul issues, his sweet-shooting powered the unfazed Beermen in the final quarter. Together with some timely sniping from Arwind Santos and the ever-reliable June Mar Fajardo, the Beermen once again restored a double-digit cushion that kept them ahead for good.

Arwind Santos played an excellent out-of-town game with 19 points, including three 3-pointers, seven rebounds, and a block. June Mar Fajardo bounced back with 18 points and eight rebounds, with only two misses from nine attempts from the floor.

Santos shared that they have to stay hungry and they need to continue to learn as they enter the post-elimination phase.

San Miguel crashed the boards better than Blackwater with a 55 to 48 disparity, while burying a staggering 15 more triples against Elite, who only made one out of 11 tries. However, Blackwater won the paint battle scoring, 56 to 40.

The Beermen can still push for the second spot if Ginebra lose their tilt against TNT KaTropa in the penultimate elimination round game later.

As the Beermen (8-3) will settle for a 2nd or 3rd place after the elimination round, they are set to take to the quarters on Thursday, with an opponent yet to be determined, at the Smart Araneta Coliseum. Meanwhile, the Elite ended their forgettable Governor’s Cup with a 1-10 record.