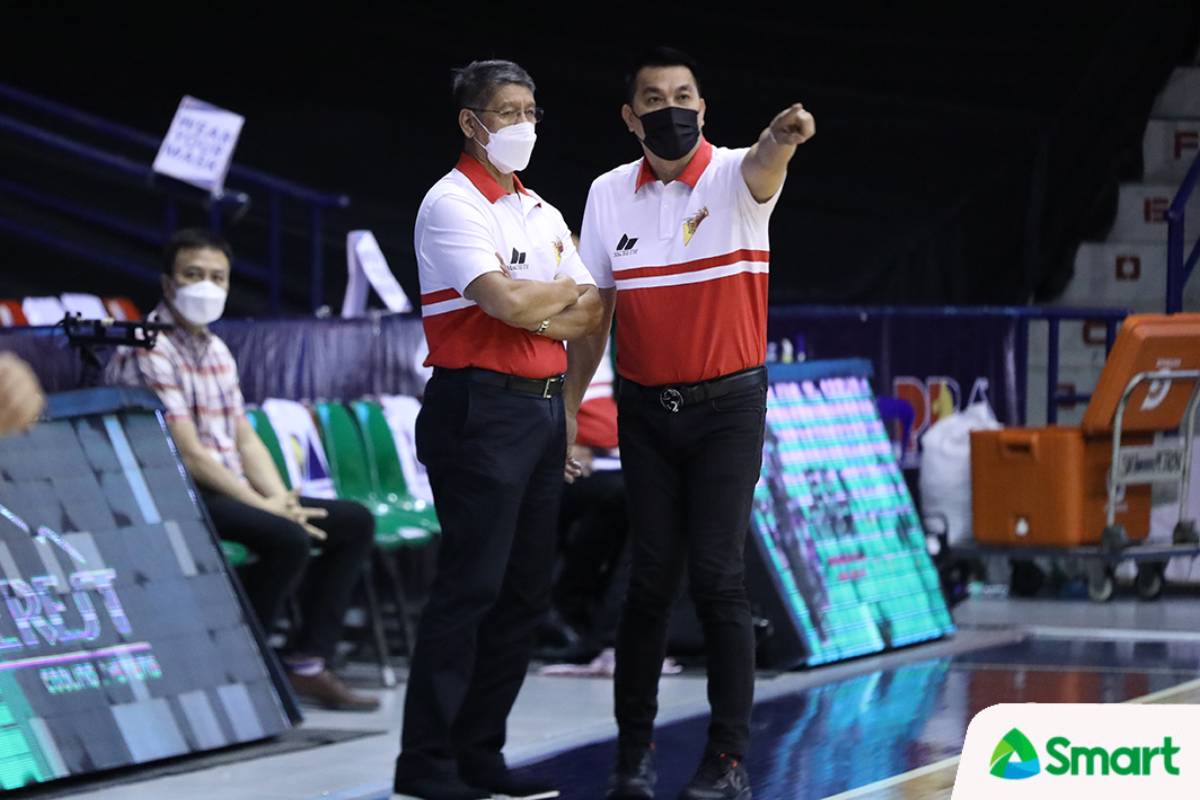 San Miguel did not have assistant coach Peter Martin in its 2021 PBA Philippine Cup match versus Blackwater, Wednesday.

According to head coach Leo Austria, the cager-turned-mentor hurt his leg during the Beermen’s practice session yesterday in Acropolis.

But it’s nothing serious, he quickly added.

“But I think that’s manageable.”

It was reported prior to the season that Martin helps out in SMB practices by suiting up in scrimmages, with their frontline not yet at full strength then.

The 6-foot-5 Martin once played as a center for San Sebastian. He then became the seventh overall pick by Pepsi in the 1996 PBA Draft.

San Miguel went on to top the Bossing, 99-80. And it dedicated the victory — its third straight — to none other than Martin.

“Get well soon, Coach Pete. This game is dedicated to you,” said Austria moments after the game at the Ynares Sports Arena in Pasig.

“We hope in the next few weeks, makabalik na siya sa amin. We’re one family and we miss each other.”