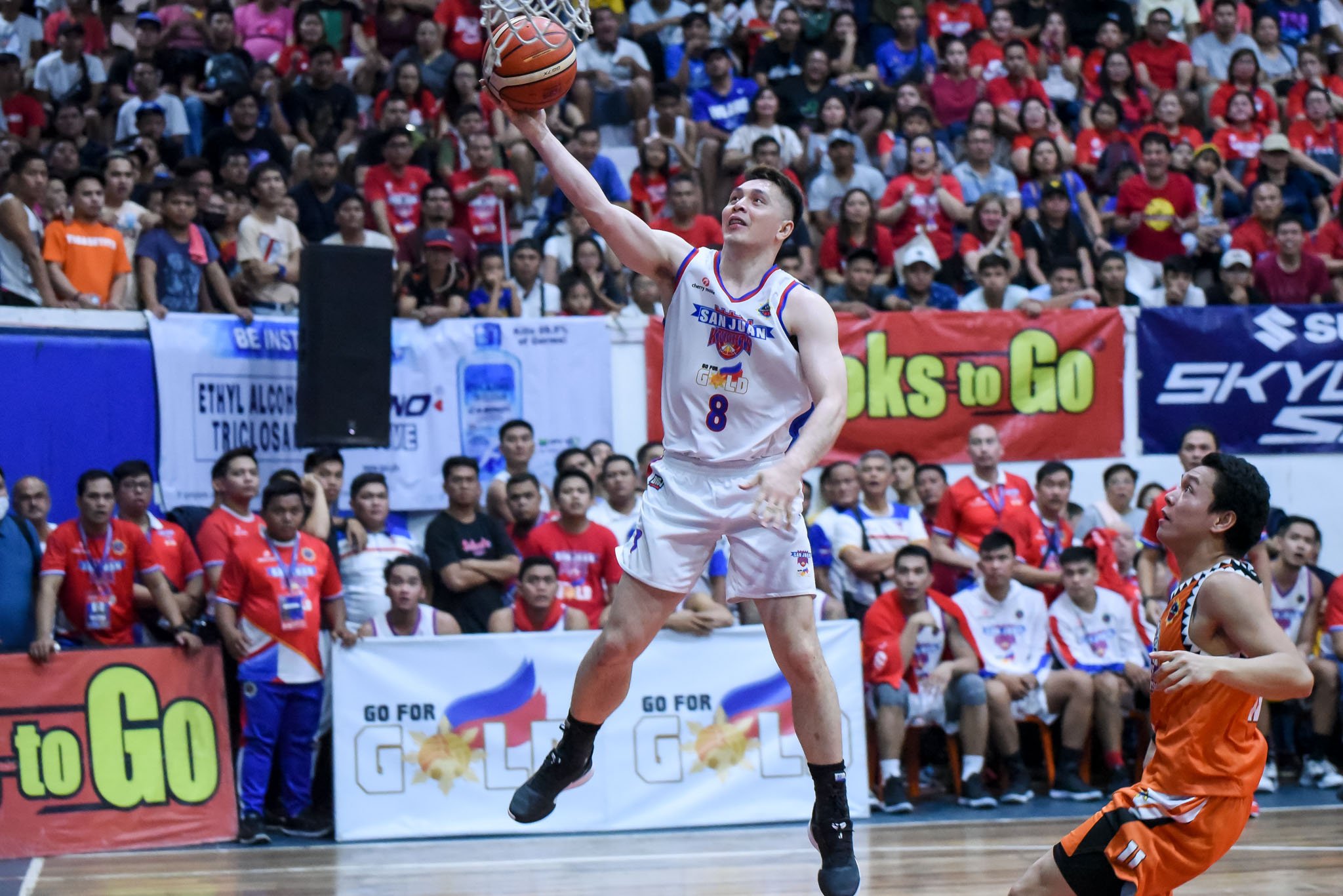 With Pampanga trailing by just five points, CJ Isit pumped in a three-pointer to spark an 11-3 blast. That then paved the way for San Juan to take a 13-point advantage, 86-73, with 3:06 left to play.

Dexter Maiquez was able to pull the Giant Lanterns within eight points, but John Wilson answered with two freebies to end Pampanga’s hopes.

Wilson was again San Juan’s rock, flaunting his all-around brilliance. He finished with 26 points, six rebounds, five assists, and five steals to tow the Knights to the North finals.

Jonard Clarito, meanwhile, had himself a double-double performance of 14 points and four rebounds on top of four steals.

Cj Isit played his best game of the season, pouring in 13 points, four assists, and four rebounds. Mike Ayonayon had 13 markers as well.

It was a physical match-up that saw Pampanga star Michael Juico get ejected with 37 seconds remaining in the opening quarter. Juico threw a closed fist on Art Aquino, which was later assessed as a disqualifying foul.

Meanwhile, Reil Cervantes was whistled with a flagrant foul after elbowing Jonard Clarito in the 3:51 mark of the third.

San Juan team owner Jinggoy Estrada was called for a technical foul — which was relegated to head coach Randy Alcantara — after entering the court.

On the other hand, Maiquez paced Pampanga in Juico’s absence with 18 points, 11 rebounds, and two assists. Levi Hernandez chipped in 17 points on a 7-of-20 clip.

Mark Cruz was held to just six points in the contest, along with eight assists.