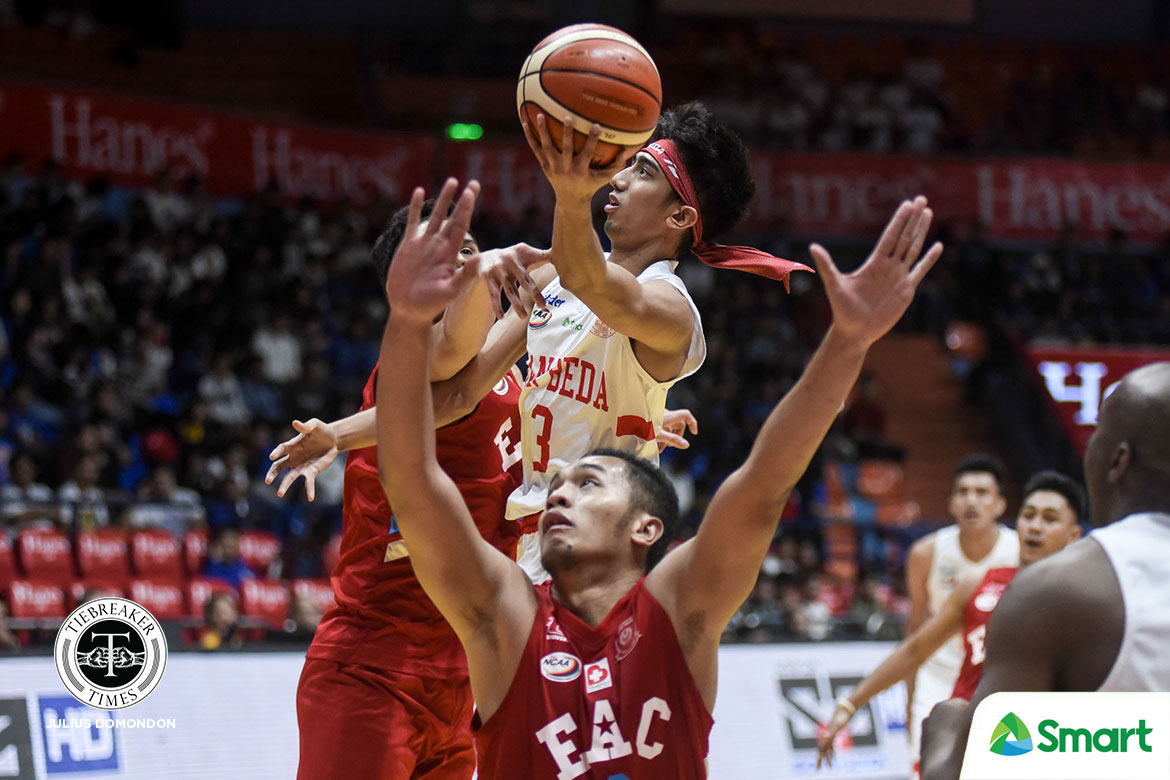 This is San Beda’s most dominant win so far in the NCAA Season 95 Seniors Basketball tournament while going to 10-0.

“Even though we’re number one, I’m happy with what I’m seeing with my boys. They are coming in early and taking their shots. Hopefully, we could sustain this but it’s still a long way to go for us,” said San Beda head coach Boyet Fernandez.

And unlike their 89-72 drubbing of the Generals on the road last July 18, the Red Lions were relentless in this one.

After a close first quarter, the defending champions turned it up on both ends during the second frame, limiting EAC to just eight points while unleashing 38 points to gain an imposing 54-23 lead.

“Our main objective is to make it to the top two right away so that we’ll have twice to beat in the semis,” Fernandez continued.

The quartet of Tankoua, Doliguez, AC Soberano, and leading MVP candidate continued to punish EAC in the final frame, pushing the lead to as high as 41 points, 89-48, with 4:54 left.

As the dust settled, San Beda made it rain on EAC, knocking down a whopping 15 triples. Doliguez accounted for four treys while Nelle and Soberano had three apiece.

Oftana added 12 points and eight rebounds in just 13 minutes of gametime while Soberano chipped in 12 as well.

EAC, who suffered their eighth straight loss to drop to 1-9, was led by Marwin Taywan’s 19 points. JP Maguliano added 17 points and seven rebounds.