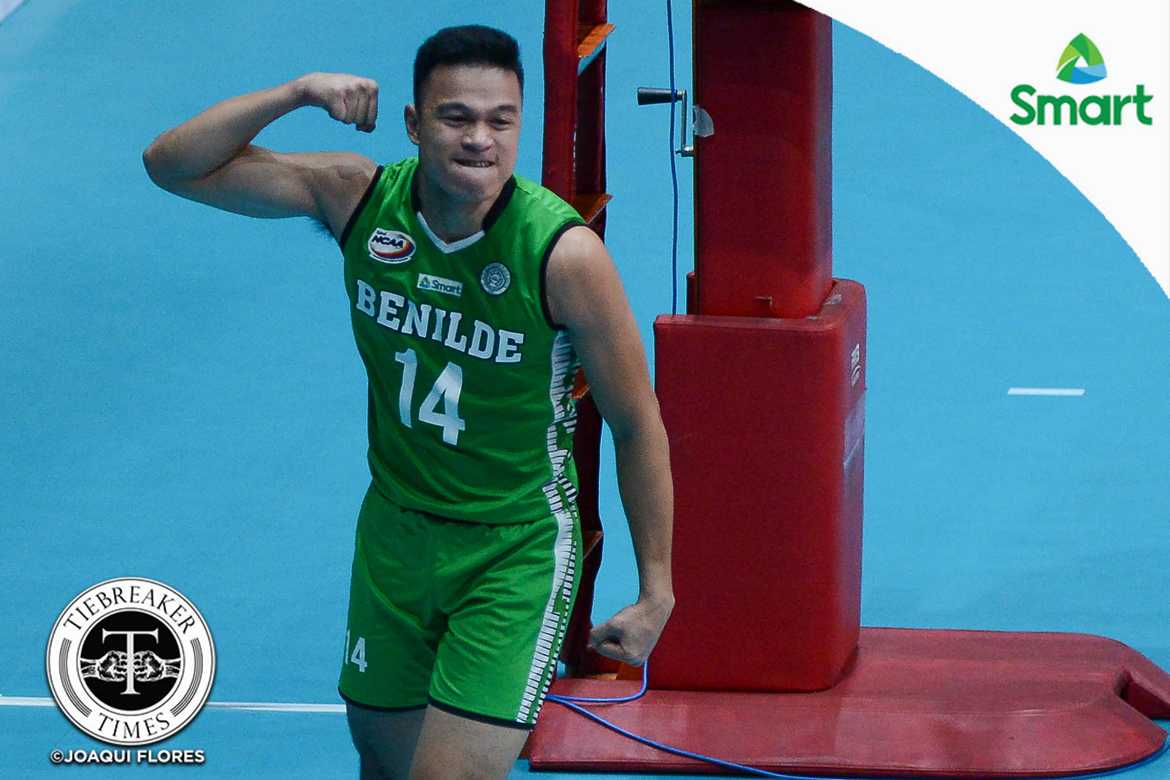 After a slow start, the College of Saint Benilde Blazers stormed back, walloping the Emilio Aguinaldo College Generals, 20-25, 25-23, 25-9, 25-19, Tuesday afternoon at the Filoil Flying V Centre.

Halfway through the NCAA Season 94 Men’s Volleyball Tournament, the Blazers were able to raise their slate to 3-1 – tied for second with the Arellano Chiefs.

And it was Saint Benilde’s balanced attack that proved to be the difference, as the Blazers weathered the errors they committed on their own.

Francis Basilan, Owen Bacani, and Joshua Desequera all had an impact in the game, finishing with 14, 11, and 10 markers respectively.

Joshua Mina and Joshua Ramilo had nine points each for the 2-2 Generals.

In the first game of the day, the San Sebastian College-Recoletos Golden Stags also needed to bounce back, whipping the Colegio de San Juan de Letran Knights, 13-25, 25-14, 25-19, 25-19, to even their slate and create a logjam at fourth.

San Sebastian, EAC, and the Mapua Cardinals are all knotted with 2-2 records.

The Golden Stags had four players score in double-digits with Timothy Eusebio leading the way with 15 points, built on 14 kills and a block, to go along with 10 digs. Elmer Lazaro glued things together, tossing 30 excellent sets.

The 1-3 Knights were led by Angel Canzana’s 13 points.