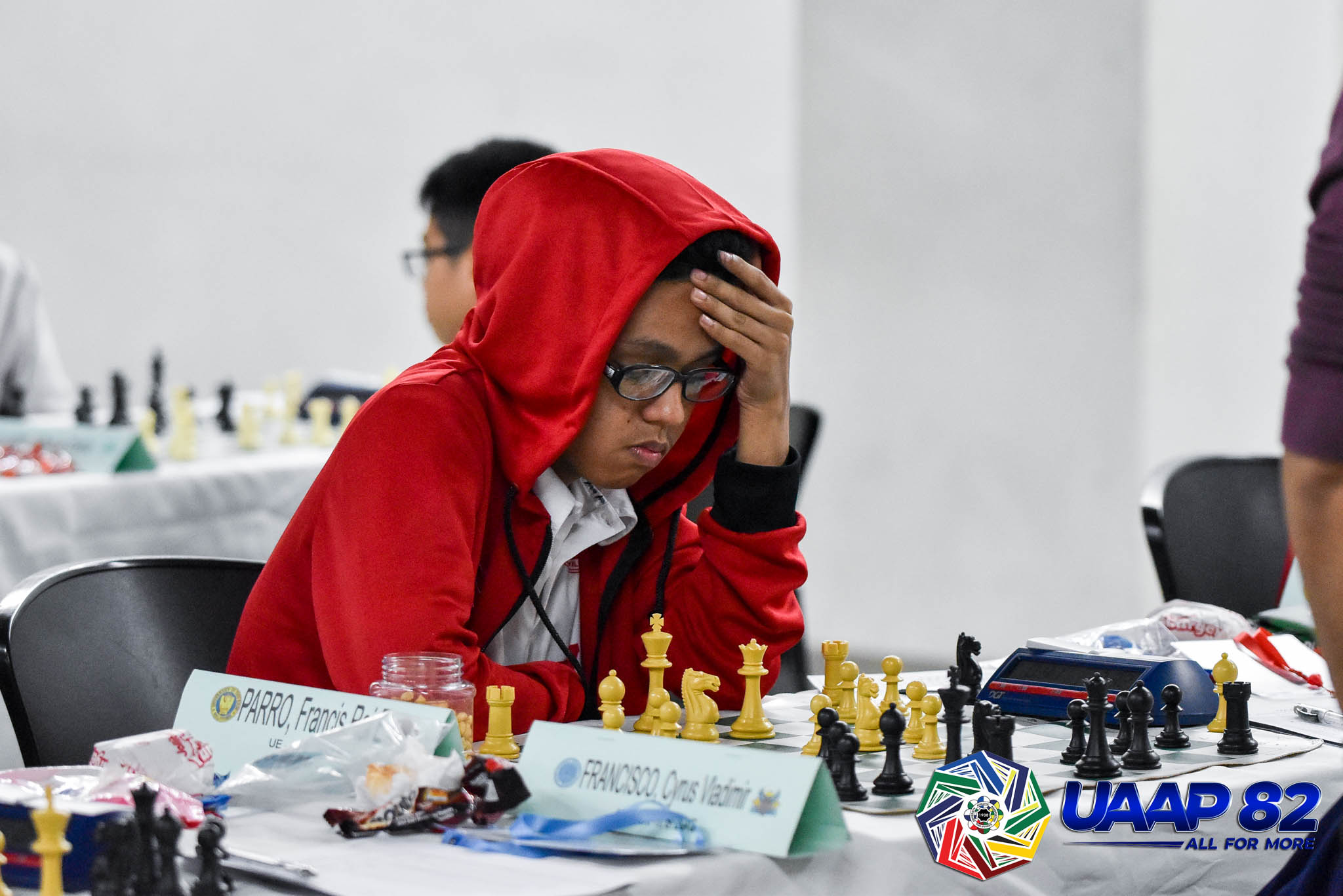 The University of the East’s runaway train slowed down with a 2-2 standoff with the National University, but remained unperturbed on top after six rounds of the UAAP Season 82 Boys’ Chess tournament at the UST Quadricentennial Pavilion, Sunday.

It was another resounding win for Palma, who has destroyed everyone in his path, including ASEAN Age Group champion FIDE Master Alekhine Nouri of defending champion Far Eastern University a few rounds back.

But the Bullpups, third placers a season ago, denied the Junior Warriors their sixth straight win. Mark Gerald Reyes and Dennis Gutierrez, Jr. downed Noel Geronimo and John Kenneth Gelva on second and fourth boards, respectively, to escape with a draw.

It didn’t bother the UE juggernaut one bit, as they continue to lead the way with 18.5 points, a full five-point edge ahead of NU with 13.5 points.

In other results, University of Santo Tomas edged Adamson, 2.5-1.5.; meanwhile, a Nouri-paced FEU battled La Salle-Zobel to a 2-2 draw.