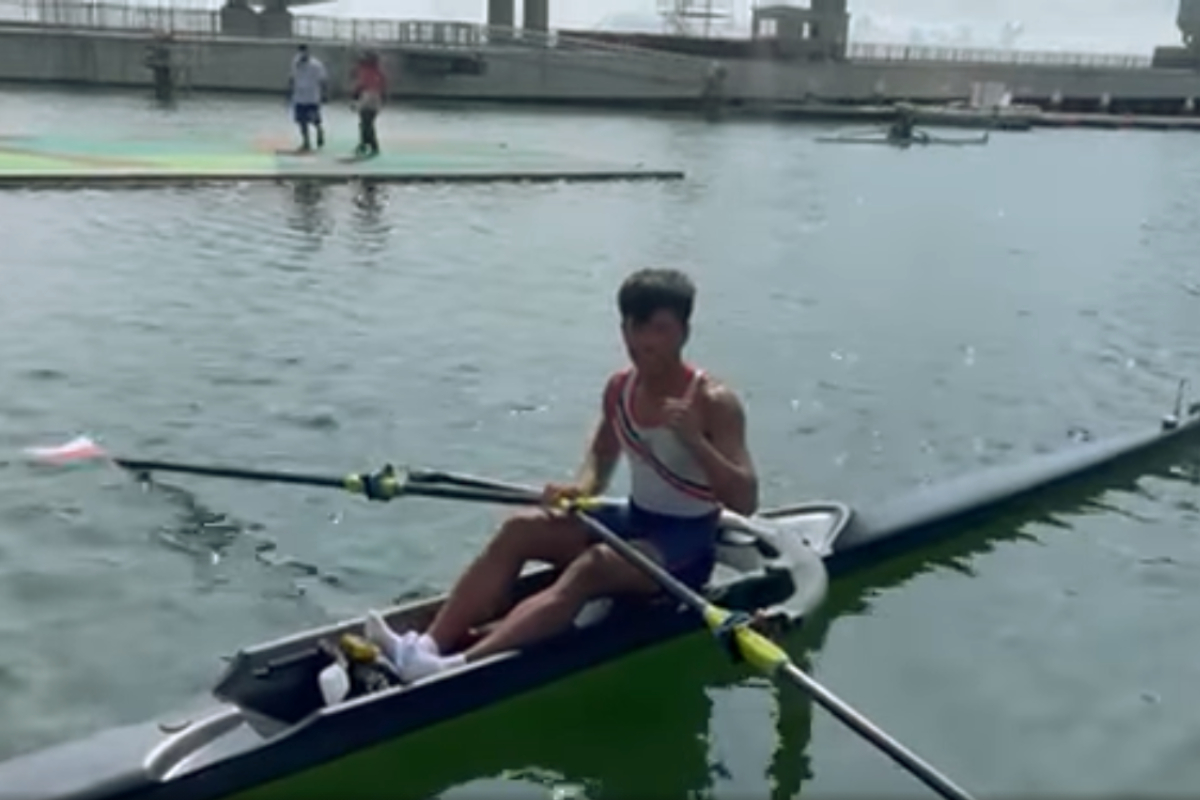 TOKYO — Cris Nievarez kicked off the Philippine campaign in the Summer Olympic Games with a strong third-place performance on Friday. It was just enough to advance to the quarterfinals of the Men’s Single Sculls Rowing Competition.

The plan was to finish in the top 3 of Heat no. 5 and Nievarez did just that. He submitted an impressive time of 7:22.97 in the 2000-meter course, while he clinched a berth to Sunday’s quarterfinals.

The first-time Olympian felt unfazed by the weight of the competition. He went side by side with Vyazovkin and Nicaragua’s Felix Potoy in the first 500 meters.

The top three in all of the six heats in the men’s singles scull advanced to the quarterfinals.

Those who missed the top three will battle it out in Saturday’s repechage. The top two performers move on to the quarterfinals.

A native of Sariaya in Quezon, Nievarez is the only Southeast Asian qualifier in men’s singles sculls and one of only two Asians left after the preliminaries. The other athlete is Ryuta Arakawa, who placed second in the final heat.

“One race at a time, on to Sunday,” rowing association treasurer Magnum Membrere said.