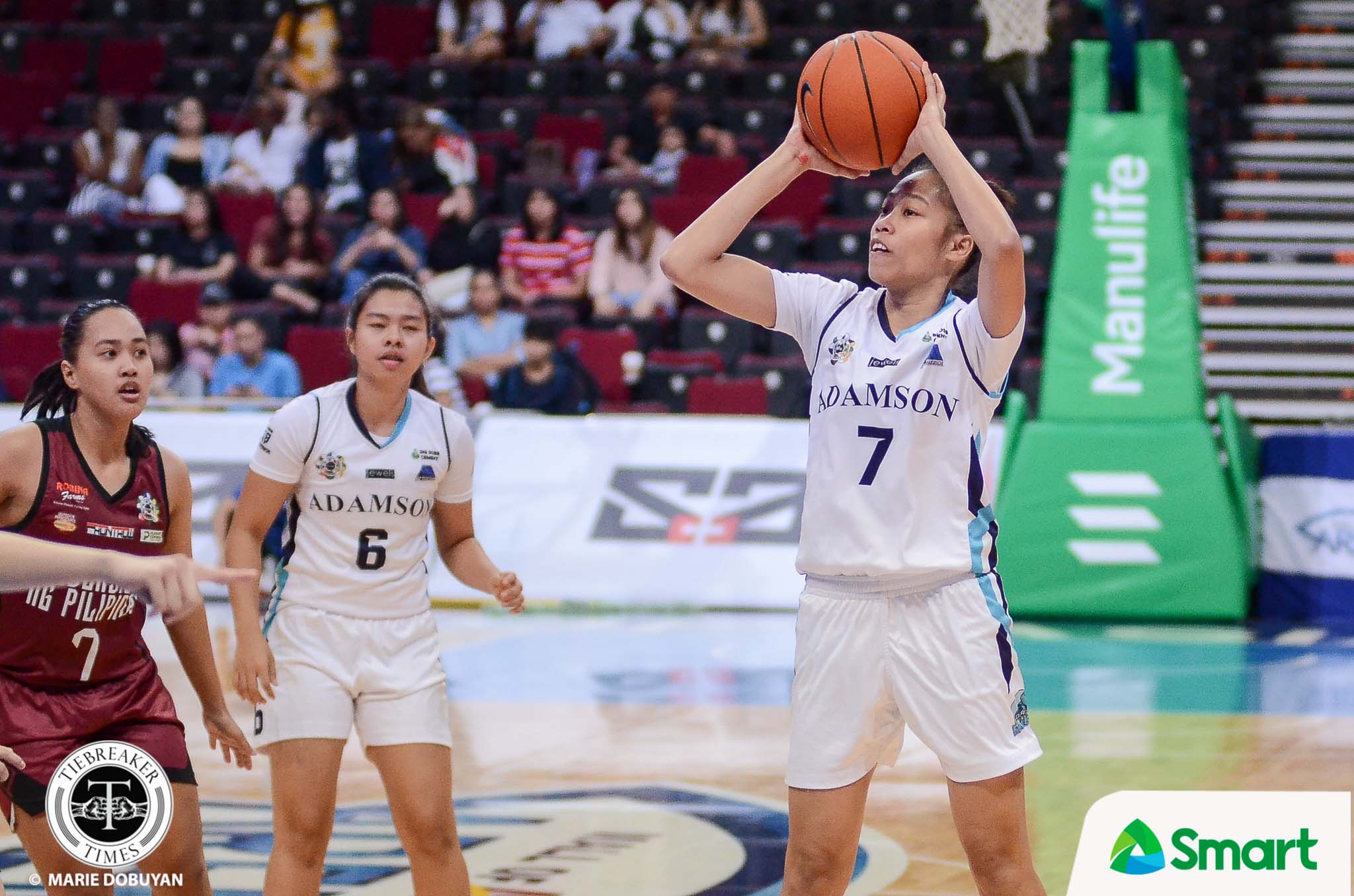 Rookie Novie Ornopia stepped up to the plate with her 23 points, seven rebounds, two steals, and a block as she played in perfect harmony with Lady Falcon ace Mar Prado, who got herself 20 points, nine rebounds, seven assists, six steals, and one block in the win.

The duo was pivotal in Adamson’s second quarter pullaway, dropping 30 points to take a 55-31 halftime lead and cruise to the easy victory to rise to 2-1 and force a triple-tie with UST and FEU at second place.

UP suffered its third straight defeat this season as its four-year losing streak also continued to 33 straight games.