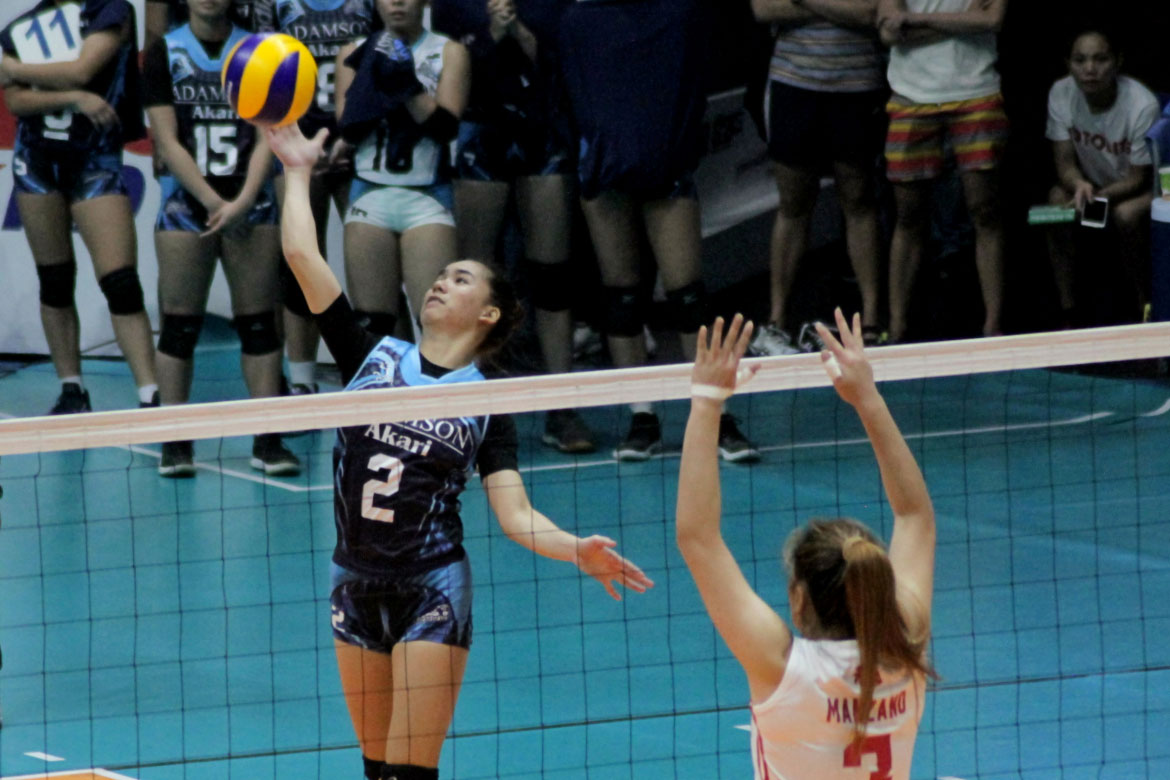 Missing the services of their mainstays due to their prior commitments in club teams, the Lady Falcons heavily relied on their upstarts to hold off an NCAA powerhouse in San Beda.

Trisha Genesis tallied 16 points — built on 13 attacks and three aces — to show the way for Adamson, which fielded 10 rookies in the match.

First-year playmaker Louie Romero dished out 23 excellent sets to churn out the offense for the Lady Falcons, who hammered down a total of 43 attacks.

Cesca Racraquin and Ella Viray led San Beda in scoring, finishing with 10 markers apiece in a losing cause. The former had seven attacks and two aces on top of 14 excellent digs while the latter provided eight attacks and two blocks.

Adamson faces on Perpetual on Saturday, August 24, while San Beda looks to bounce back when they take on Letran the day after. Both games will be played at the FilOil Arena.

Mike Harris to return to Alaska