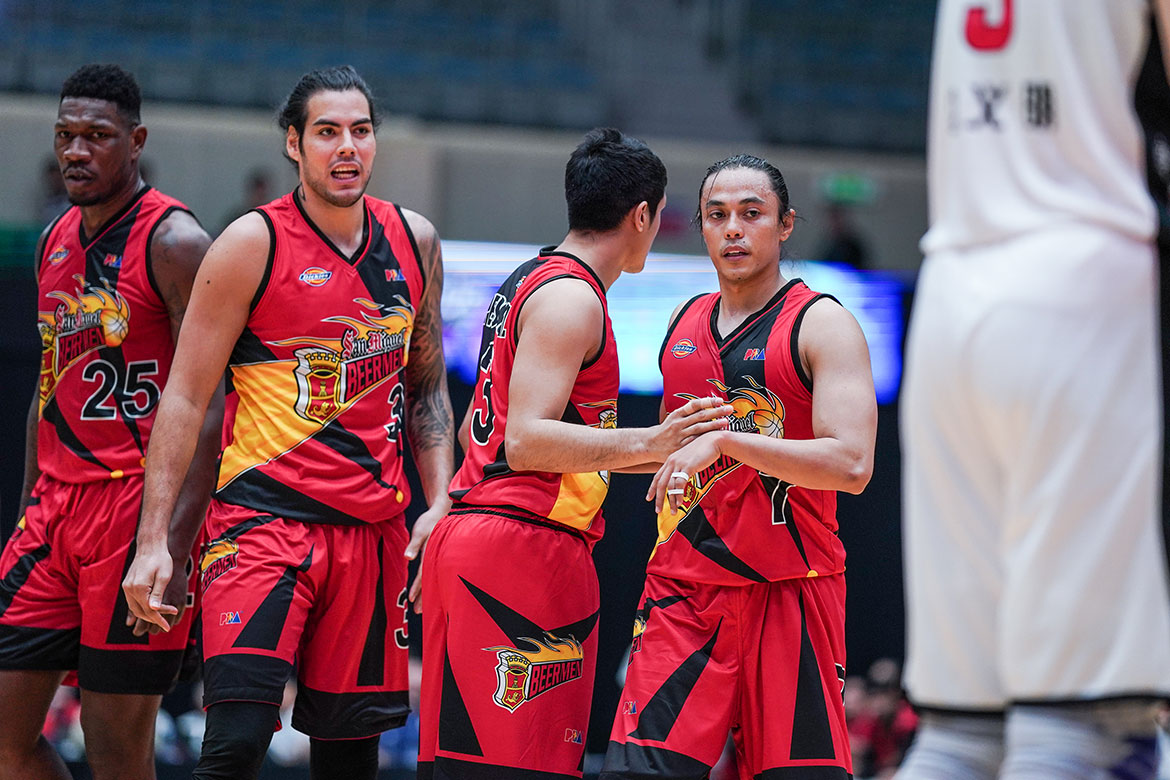 The San Miguel Beermen showed why they are among the elite teams in the PBA, stamping their class over Shenzhen, 90-76, for a rousing debut in The Terrific 12 Tuesday night at Tap Seac Sports Stadium in Macau.

Dez Wells proved the Beermen were right to choose him as their import for the upcoming 2019 Governors’ Cup. He led his side with 29 points, eight rebounds, five steals, and four assists.

Meanwhile, Terrence Romeo played like he badly missed the international stage, finishing with 17 points, seven boards, and three dimes in a performance that wowed the pro-San Miguel crowd.

SMB jumped to a 33-13 lead early in the second frame, but Shenzhen slowly chipped the deficit away. The Chinese squad eventually knocked within one, 61-62, with 9:40 remaining in the payoff period.

But the Beermen quickly held off the furious fightback by the Aviators. Back-to-back treys by Romeo then restored order, 80-67, with 4:23 left to play before they cruised to the 14-point win.

SMB were without June Mar Fajardo (sprained ankle); Marcio Lassiter (knee); Alex Cabagnot (flu); and Kelly Nabong, who will arrive on Thursday as he attended to a personal matter in the US.

He Xining supplied 11 points, while Shen Zijie finished with a double-double of 10 markers and 12 boards in the loss.

San Miguel (1-0) will have a day to recover before locking horns with defending Terrific 12 champions Ryukyu Golden Kings of Japan on Thursday, September 19, at 7:00 p.m.

UAI withdraws support to UP Lady Maroons due to Okumu