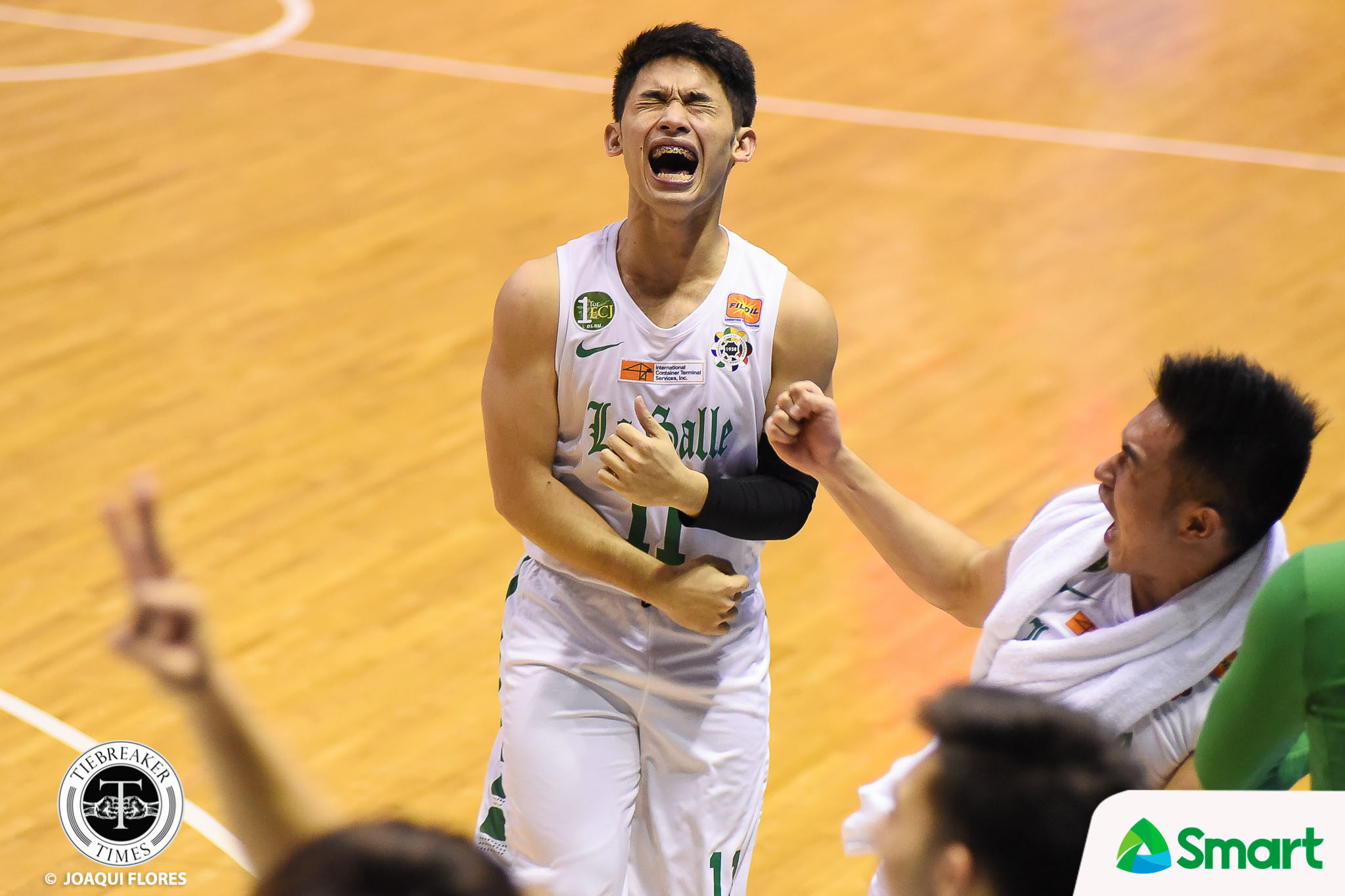 And last Sunday, for that reason, the Fuel Masters decided to nab the 5-foot-9 gunner with the 19th overall pick in the 2021 PBA Rookie Draft.

The La Salle product was one of the team’s second-round choices along with Nick Demusis, whom they picked right before him. Those 18th and 19th picks came from separate blockbuster trades with Magnolia and Alaska last February.

Robinson, who’s entering his first full season as Phoenix’s chief bench tactician, went on to elaborate on what he meant. He cited the Bukidnon-native’s fearlessness to take shots — especially during crunch time.

“When I say nakakasakit, since his high school days, he really is a big-time player,” he said of the La Salle-Zobel alum. “He has won a lot of games, he’s not afraid to take that big shot. Sometimes transition, biglang titira ng tres.

“You’ll never see a coach get mad at him for shooting the three. That means he has that green light to shoot the three,” added Robinson, himself a former college coach with San Sebastian and Lyceum.

And that is why he will fit in Phoenix perfectly.

“When we got him, ‘Dito Aljun, pakapalan ng mukha.’ Sabi ko nga, I think kay Aljun normal na ‘yun eh. That’s why I was so excited when we had the chance to get Aljun.”

But more than the knack for shooting, Robinson feels excited about having a point guard who’s a proven winner. Melecio won the UAAP Season 79 Rookie of the Year — the same season he helped the Green Archers to the gold medal.

“I called him right away and told him, ‘I’m so glad to get you.’ Kasi he’s a winner, he’s a proven winner, he’s won championships, so ‘yun ‘yung I think kailangan namin because that’s what we lacked in the bubble e,” he said.