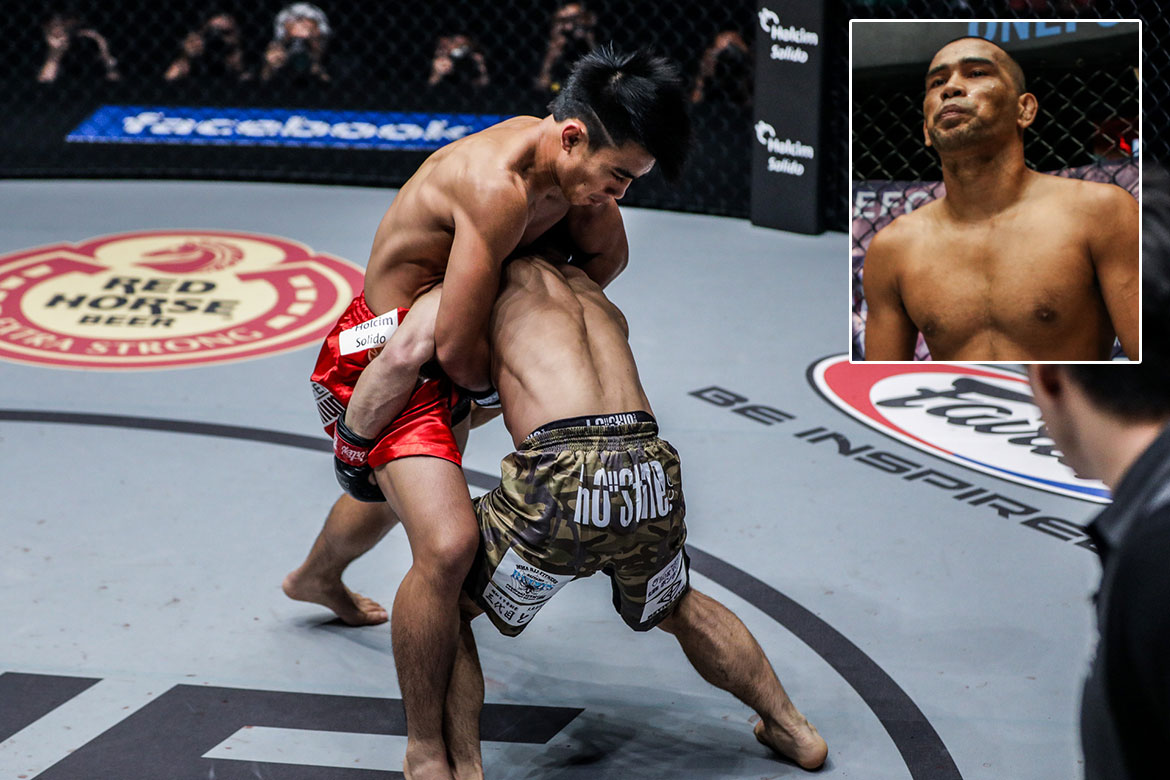 Strawweight contender Rene “The Challenger” Catalan (6-2) is giving Joshua “The Passion” Pacio (17-3) two thumbs up for his outstanding performance at ONE: Roots of Honor last April 12 in Manila.

The 23-year-old Baguio City native reclaimed the ONE Strawweight World Championship after knocking out former titleholder Yosuke “The Ninja” Saruta in the fourth-round of their co-main event tilt.

It was a perfectly-timed head kick that dropped the Japanese veteran to the mat, something which Pacio heavily practiced before the contest.

Although it’s possible they could match up in the future, Catalan is impressed with how his compatriot performed inside the Circle.

“Pacio was well prepared, and he was really determined to get the belt from Saruta,” Catalan said.

“Pacio just kept on pushing for the entire match. He timed Saruta well and capitalized on his mistake. Pacio was so determined to get that knockout, which he eventually got.”

Catalan has quickly emerged as a serious contender for the strawweight crown. He started his ONE Championship career with a 0-2-1 record, but is now riding an impressive six-bout win streak.

In his most recent outing, “The Challenger” needed just one round to stop former ONE Strawweight World Champion Yoshitaka “Nobita” Naito on the undercard of ONE: Reign of Valor last March.

It was a feat that no martial artist has ever achieved, and the performance catapulted Catalan to the top of the division.

Despite his surge in the rankings, the 40-year-old would rather support Pacio’s World Title reign instead of challenging him for the gold.

“I really don’t want to face another Filipino.

READ  Gamban, UP Fighting Maroons strut way to upset of Ateneo in UAAP 82

However, if he is assigned to face Pacio in the Circle, he will put those pleasantries aside and look for a stoppage victory.

“I won’t promise anything, but I’ll certainly be looking for that knockout,” Catalan stated.

“If the match pushes through, I’ll do everything to get that win.”