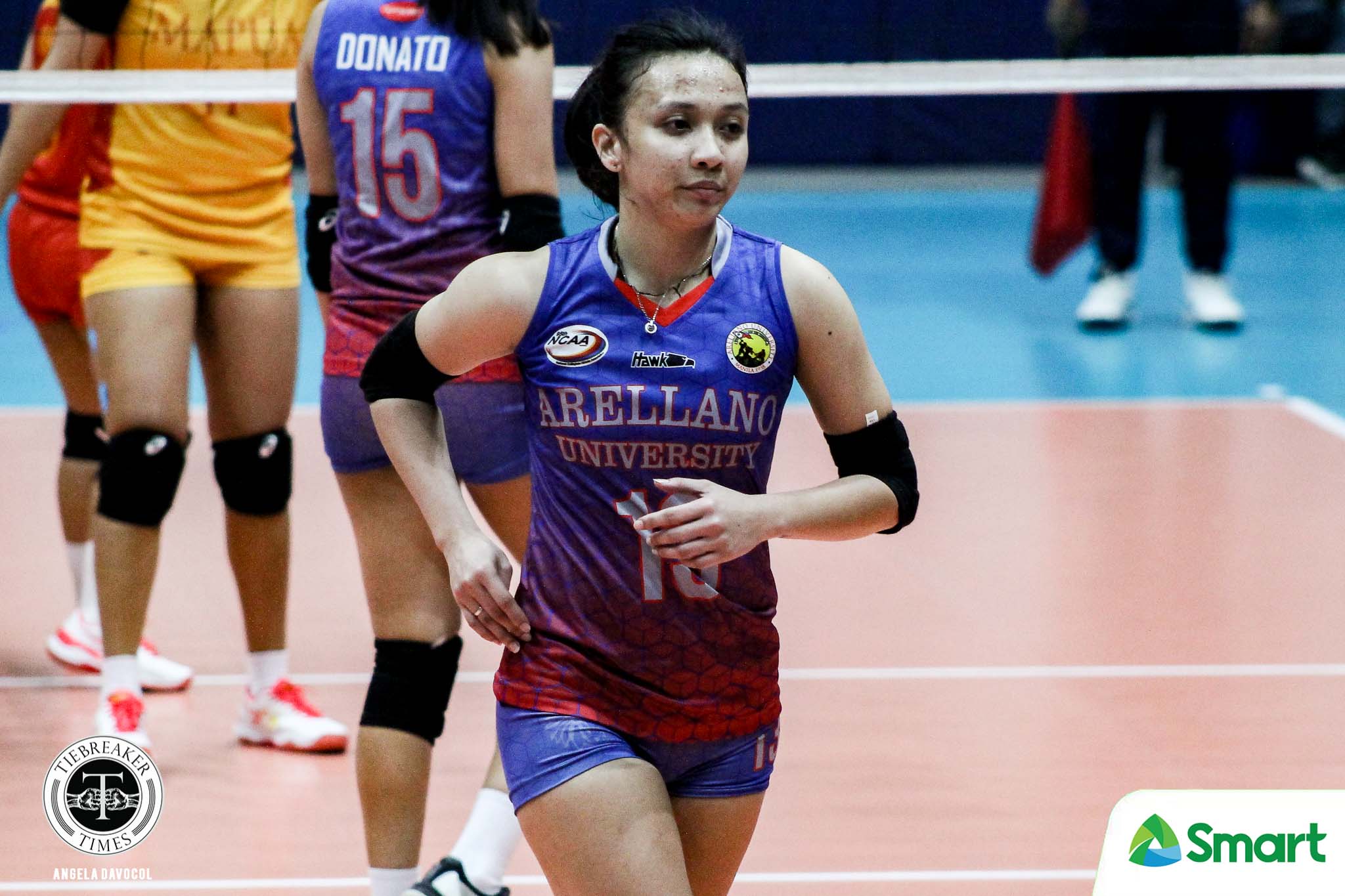 Arellano is off to a strong 2-0 start in its bid to capture a fourth consecutive championship in the NCAA Season 95 Women’s Volleyball Tournament.

And there is no denying that Regine Arocha has been a major factor, putting up stellar numbers in the Lady Chiefs’ first two matches.

In their curtain-raiser against Lyceum, the savvy 5-foot-7 open spiker put up a game-high 18 points to start her team’s campaign on the right track. Almost a week after, she delivered another masterful performance, dropping 19 points in a straight-set conquest of Mapua.

Every game felt like the last one for Arocha. After all, there won’t be another collegiate season for her once this one is over.

This season, the 22-year-old Arocha is putting her best foot forward in terms of showing Arellano the way. Unlike seasons past where she had veterans to rely on, this time around, she acknowledges that the mantle of leadership falls on her shoulders as a graduating player.

“Ngayon, kailangan mag-act ako as a leader every game.”

For putting stock to her words and steering Arellano to its still-undefeated cruise so far this season, many see Arocha as one of the favorites to win the highest individual honor in the league.

But for her part, it is the least of her priorities. Instead, she has her heart set on leading her beloved alma mater to greater heights.

“Wala,” Arocha stressed when asked if she’s keeping an eye on an individual award.