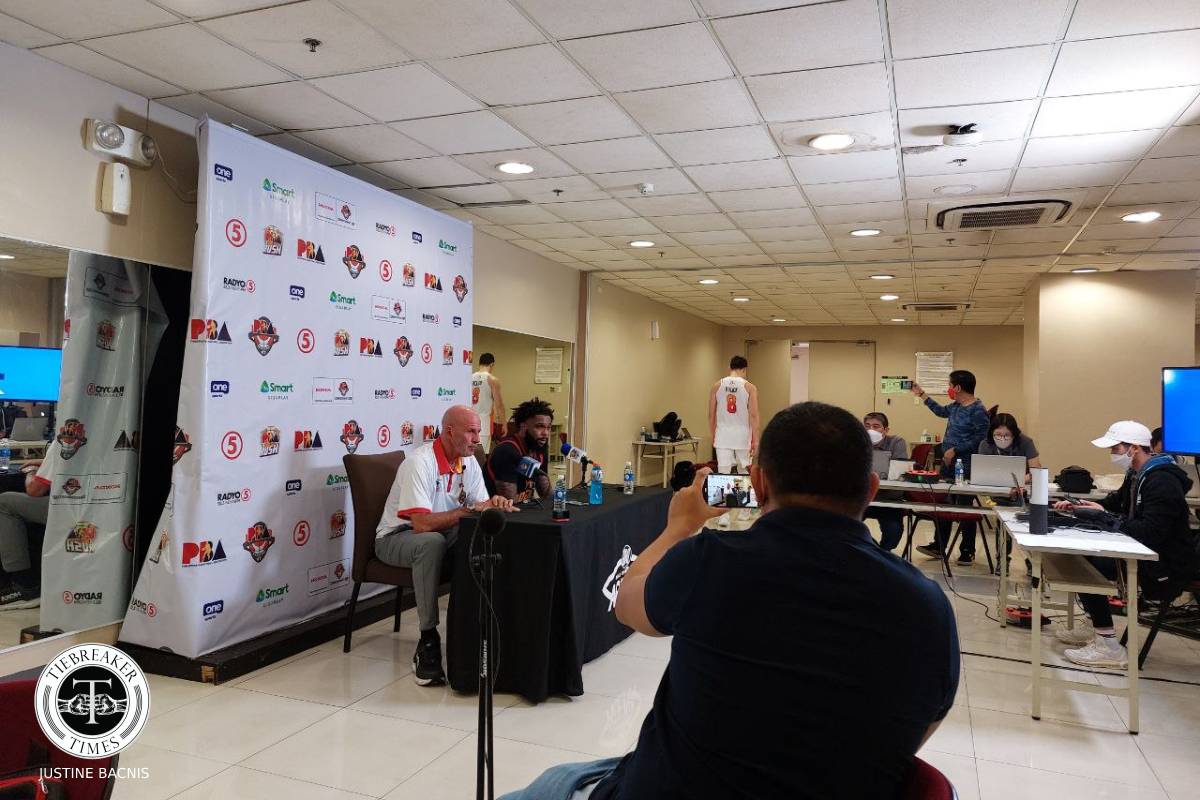 Robert Bolick made it a point to give Myles Powell props after NorthPort and Bay Area figured in a thrilling PBA Commissioner’s Cup duel, Saturday night.

The Batang Pier saw themselves at the bitter end of a 105-104 loss no thanks to a buzzer-beating triple by the former NBA player, but the young star congratulated him by visiting the postgame presser to shake hands.

It was a rare sight to see but Bolick said that he simply tipped his hat to the American guard, who finished with 37 big points.

“Ganoon naman talaga, basketball ito eh,” he told reporters moments after the match at the Mall of Asia Arena in Pasay.

And the admiration is mutual for Powell, who bared that he’s actually been talking to Bolick on social media as they are both Under Armour athletes.

“We’re both Under Armour athletes so we’ve been talking on social media and stuff. He’s a good guy. He had a great game as well,” said the Seton Hall alumnus.

“Real recognize real. Props to him as well.”

Bolick turned in an impressive outing as well, registering a career-high 33 points on a 44-percent clip with five rebounds and three assists as he tried to help NorthPort wield the upset axe on the guest team.

It was quite the performance for the four-year pro to lead the way for a crew that aimed to surprise the Dragons following the opposition’s dominant showing in the conference opener that saw them maul Blackwater by 46.

But it would have been so much better, according to Bolick, had they come out victorious — they actually had the chance to leave the venue with the win after leading by two points with 1:08 left, only to fall to a last shot.

But if there’s anything he can find solace from is that he and the Batang Pier showed that they can go toe-to-toe with a team as good as Bay Area.