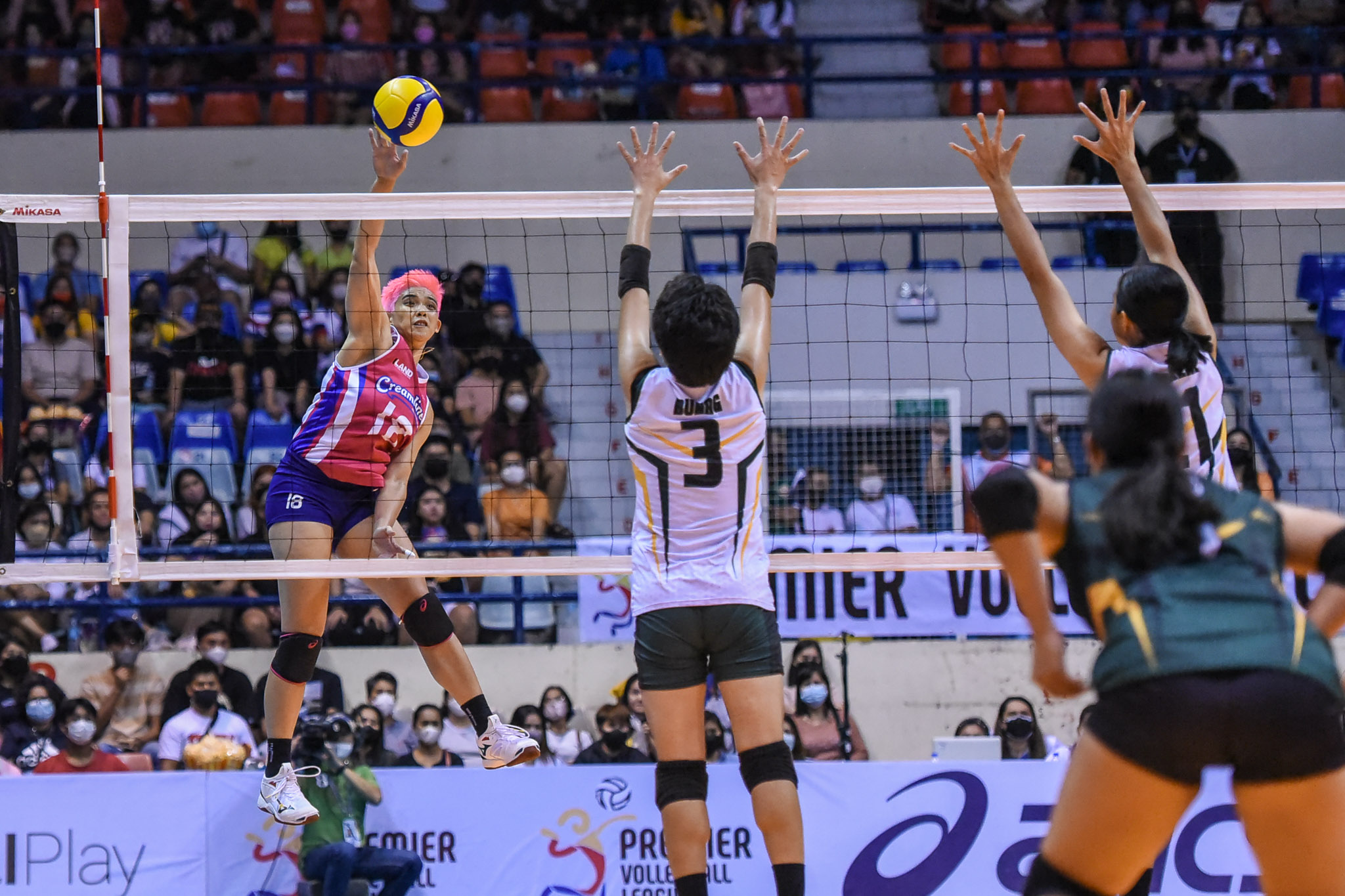 ANTIPOLO – Creamline sent Army-Black Mamba to the brink after a four-set affair, 25-21, 23-25, 25-19, 25-17 in the 2022 Premier Volleyball League Invitational Conference semifinals, Thursday at the Ynares Center here.

Tots Carlos hammered 24 points built on 21 attacks to go along with 19 excellent digs while Alyssa Valdez added 18 points to lead the Cool Smashers to a 1-0 start in the semifinals.

After taking the opening set, the Cool Smashers surrendered a 22-19 advantage in the second frame as Jovelyn Gonzaga and Audrey Paran helped the Lady Troopers tie the match. Creamline, though, came out with guns blazing in the third frame and took a 25-19 victory for the 2-1 lead.

Carrying their momentum from the third set, the Cool Smashers went all out against the Lady Troopers in the fourth frame and led by as big as 10 points, 23-13, after Alyssa Valdez converted on a drop.

Army capitalized on Creamline’s errors and sliced the lead to seven points before Mich Morente’s attack errors placed the Cool Smashers at match point. Valdez’s service was then swallowed by the net before Jema Galanza sealed the deal by slicing through two blockers.

On the other hand, Jovelyn Gonzaga finished with a triple-double of 13 points, 18 digs, and 18 receptions to lead Army, who suffered its second consecutive loss to go down to 0-2 in the semifinals.

Honey Tubino finished with 11 points while Joanne Bunag and Jeanette Villareal had 10 points each for the Lady Troopers.

Creamline will take on PLDT at 5:30 PM on Saturday while Army will face Cignal earlier that day at 2:30 PM in an attempt to keep its finals bid alive. Both games will be played at the same venue.