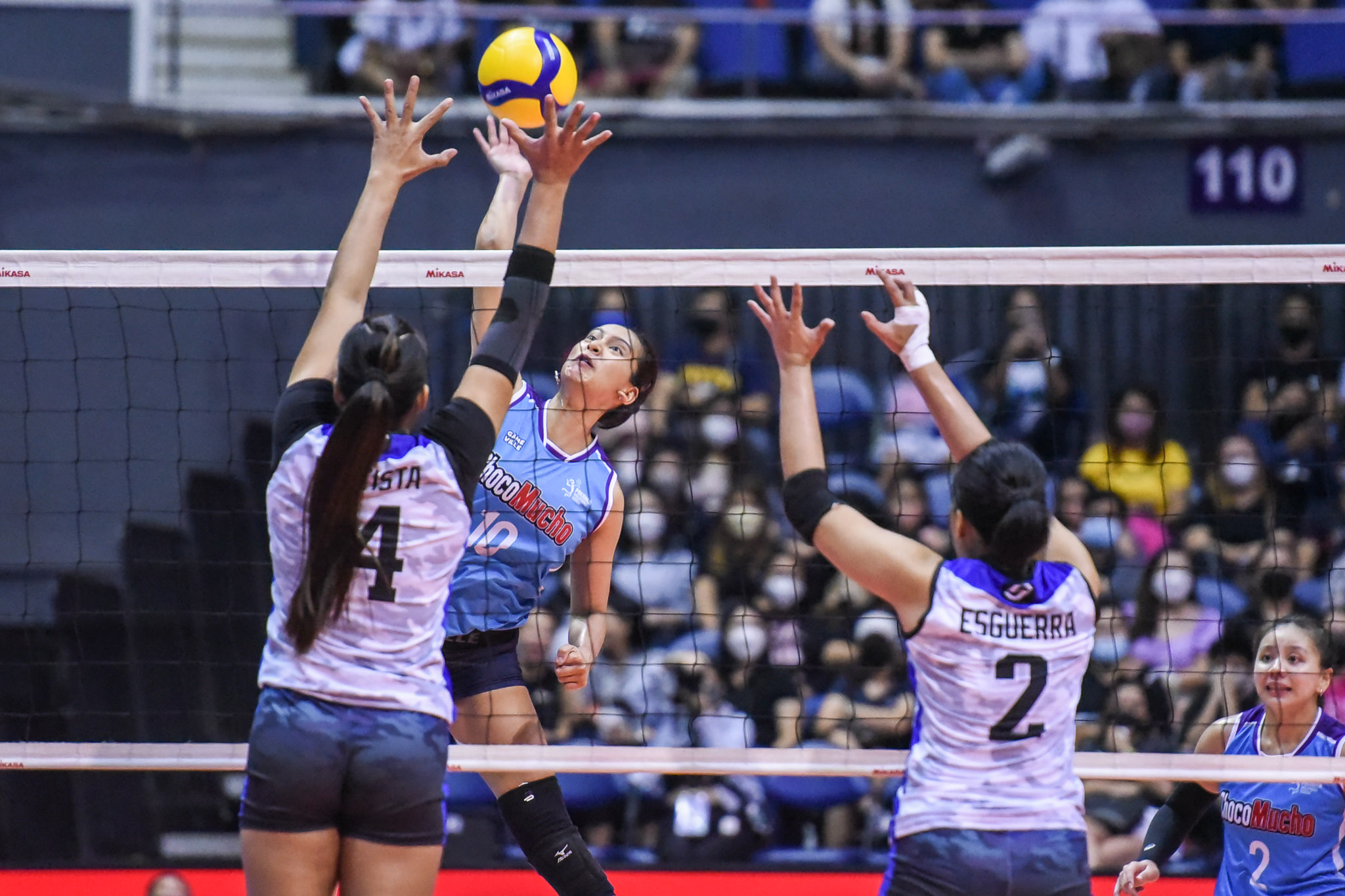 Almadro stepped down as head coach of the Flying Titans yesterday while the announcement was made official just hours before their match against the Lady Troopers.

Uzbek-Azerbaijani import Odina Oliyeva put up a game-high 20 points on 17 attacks, two kill blocks, and an ace to go along with 11 excellent receptions and six excellent digs for the Flying Titans, who kept their semifinals bid alive after upgrading their standing to 3-3.

Kat Tolentino backed Aliyeva with 14 points on 11 attacks, two aces, and a block while Des Cheng had eight points.

Team captain Bea De Leon warmed up with the team but eventually sat out the game due to back spasms.

Choco Mucho gutted out a tight 26-24 win in the first set before completely annihilating UAI-Army in the second frame to grab a two-to-nothing advantage.

The Flying Titans, who were already ahead by three points, 20-17 in the third frame, then pulled away late and went on a 5-0 blast to finish off the Lady Troopers in three.

Honey Royse Tubino led UAI-Army, who officially crashed out of the semis race after dropping their sixth consecutive loss in as many games, with 13 points while Canadian reinforcement Laura Condotta had nine.

The game, which lasted for an hour and 41 minutes, also marked the first time that the PVL held a game in Smart Araneta Coliseum.

Choco Mucho will go up against the league-leading Creamline on November 17, Thursday at 5:30 PM. Meanwhile, UAI-Army will face the same team this Saturday.