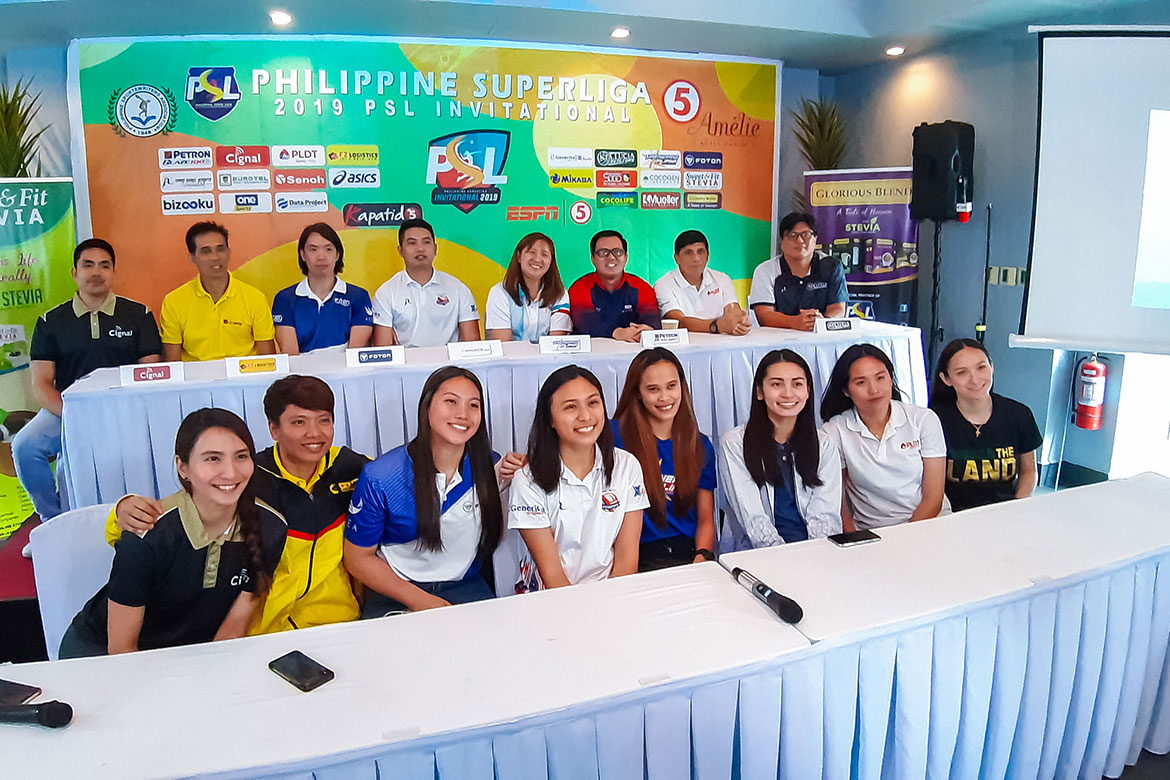 The Philippine Superliga Invitational Cup kicks off on Sept. 24 with a “short but sweet” format that aims to boost the country’s campaign in the 30th SEA Games.

Instead of a regular schedule that takes at least two months to finish, the season-ending Invitational Cup will only run until Oct. 17 — or just a little over three weeks.

Dr. Ian Laurel, PSL president, said during yesterday’s PSA Forum at the Amelie Hotel in Manila that they’re looking at only 10 playing dates for the tournament.

The eight teams will be divided into two pools for the elims. The top four teams will then proceed to the semis (1 vs 4 and 2 vs 3), heading to the one-game championship duel.

“We need to finish the Invitational before November because by that time, focus will be on our country’s hosting of the SEA Games,” said Laurel of the biennial event scheduled from Nov. 30 to Dec. 11.

“This will be the shortest but sweetest conference for Philippine Superliga,” said Cignal HD star Rachel Ann Daquis, who graced the forum with PSL administrative director Ariel Paredes, venue director Gino Panganiban, ESPN5’s Diana Garcia, and representatives of the other teams.

The competing teams are Cignal HD, Foton, PLDT and Sta. Lucia in Pool A; and defending champion and newly-crowned All-Filipino titlists F2 Logistics, Petron, Generika-Ayala, and Marinerang Pilipina in Group B.

“Even if it’s a short tournament, I’m sure these teams want to end their year by winning this crown,” Laurel added at the forum presented by San Miguel Corp., Braska Restaurant, Amelie Hotel, and the Philippine Amusement and Gaming Corporation (PAGCOR).

The PSL will host the second leg of the Southeast Asian Grand Prix on Oct. 4 to 6 where teams from Vietnam and Thailand among others will see action in Sta. Rosa. Laguna. The Philippine team is in Thailand for the first leg of the Grand Prix on Sept. 20 to 22.

To give the Philippine team a final tune-up for the SEA Games, the PSL will also stage the Super Cup on Nov. 5, 7 and 9, where the nationals will be pitted against a university team from Japan and two selections made up of PSL players.

ESPN5 will air all matches of the Invitational Conference on Tuesdays, Thursdays, and Saturdays, as well as the SEA Grand Prix and the PSL Super Cup.