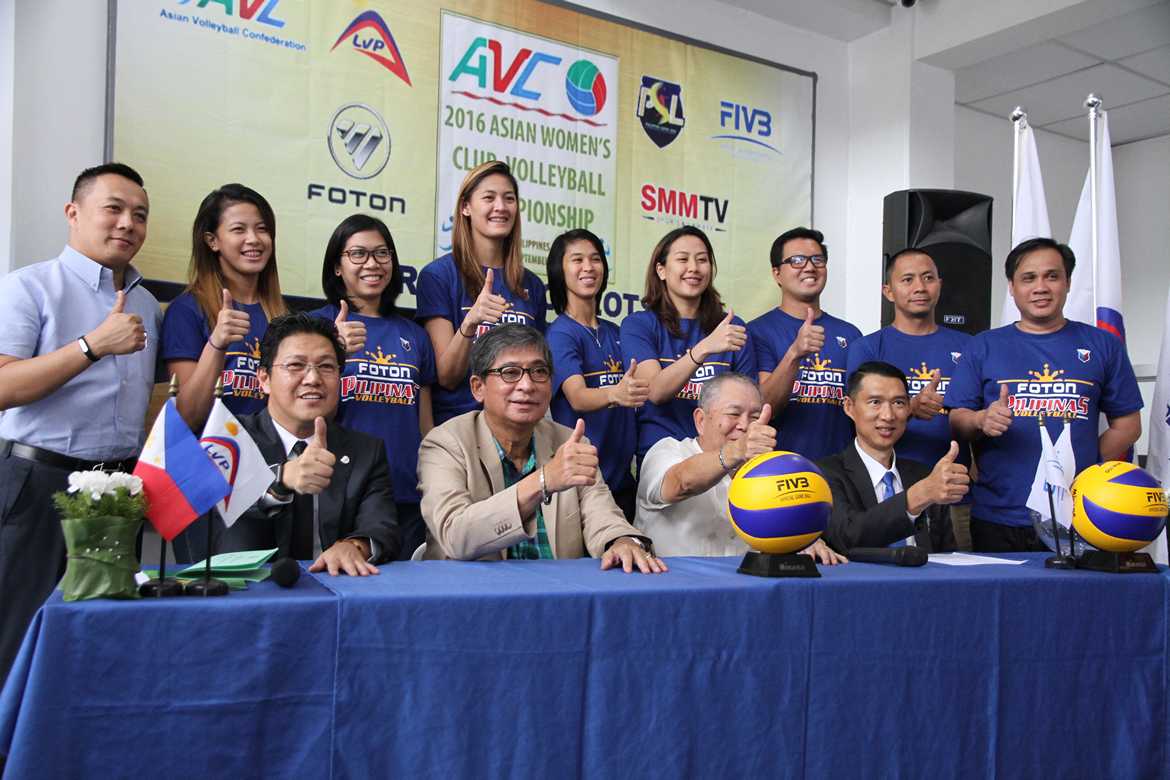 2015 PSL Grand Prix Champions Foton Tornadoes may have beaten the other top professional volleyball club teams in the country to gain a coveted spot in the 2016 AVC Women’s Club Championship, but every team owner in the league is pledging their full support for Foton.

After the drawing of lots for the groupings of the tournament held at the Foton Showroom in Quezon Avenue Wednesday afternoon, Foton Tornadoes team manager Alvin Lu was ecstatic that his team is situated in a “lighter” group, together with the top club teams of Vietnam and Hong Kong in Group A.

“We are happy with the draw and my players are ready,” a delighted Lu shared. “Hopefully, we can land in the top four. (Also) We are hoping that they could represent the country and the brand well.”

The core of the team will be composed of UAAP standouts Jaja Santiago (National University) and Ennajie Laure (University of Santo Tomas), team captain Angeli Araneta, and Rhea Dimaculangan. The team will be reinforced by 2015 PSL GP MVP Lindsay Stalzer and Best Outside Spiker Ariel Usher of Cignal.

Lu then disclosed that the other club teams are willing to help build a formidable Foton team by “loaning” their players to them. “We were able to get the support of the other team owners. We are planning to finalize the line-up before the elections,” Lu disclosed.

“We are looking at F2’s Aby Marano, RC Cola-Army’s Rachel Daquis, from Petron Jen Reyes at libero and maybe Aiza Maizo. From Army we also have (Jovelyn) Gonzaga and (Honey Royse) Tubino.”

Lu revealed that the team will have weekly practices up until August before flying out to Bangkok for one month to better prepare for the tournament. “We’re planning to start practices in May. Then after the All Filipino Conference, we are planning a training in Bangkok as well,” the team manager closed.