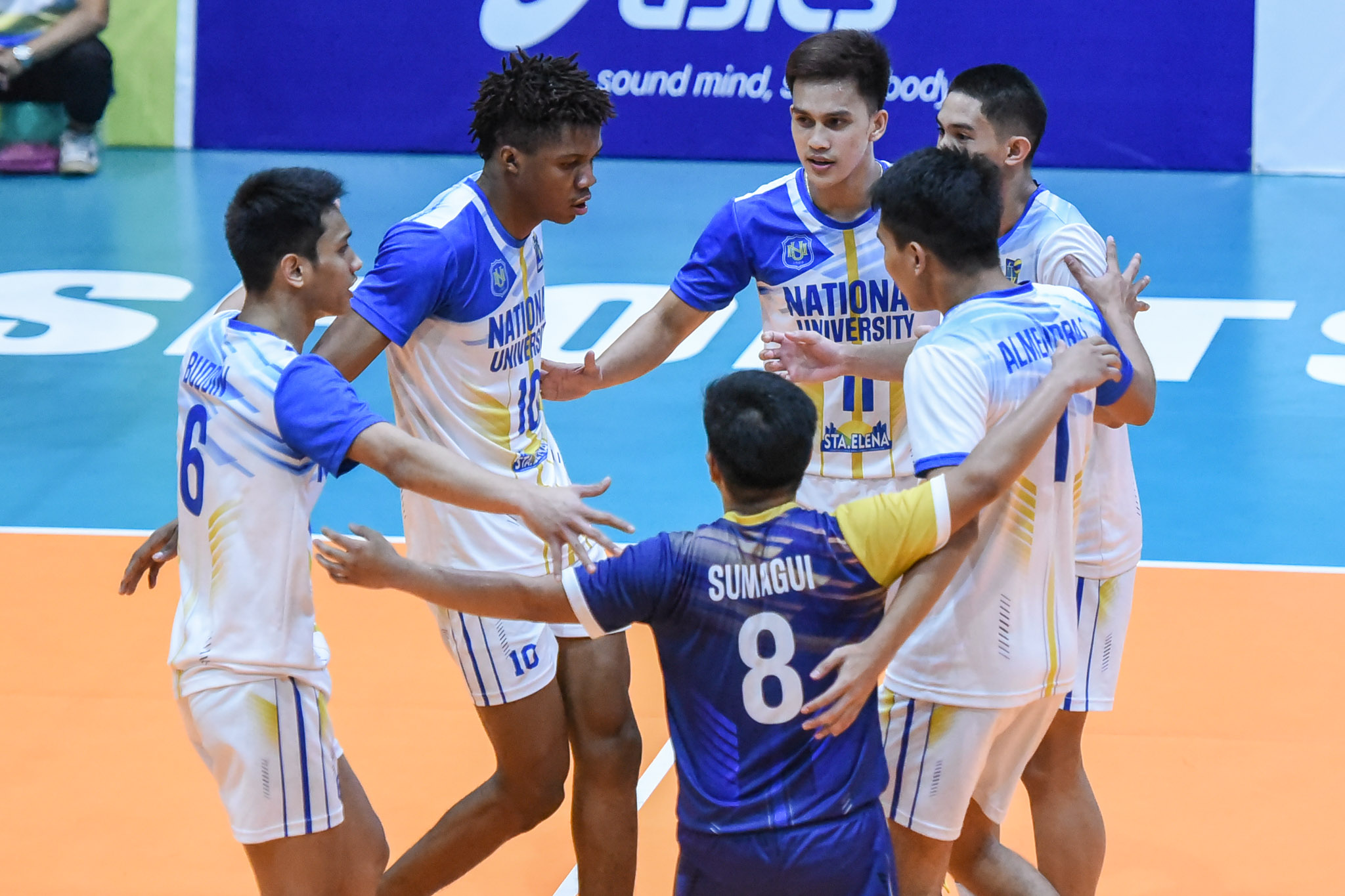 National University-Pasay completed a sweep of its Pool B matches with a 25-13, 25-16, 25-15 romp of Aklan, Wednesday night in the Philippine National Volleyball Federation Champions League at the Philsports Arena.

The Bulldogs needed only 67 minutes to conquer their Visayan rivals, extending their perfect run to four matches.

PGJC-Navy’s final pool assignment is against Basilan at 4 p.m. Thursday.

Christian Marcelino top-scored for the Sea Lions with 18 points, including two blocks, while Greg Dolor and Joeven dela Vega added 14 and 13 points, respectively.

The loss negated Marck Espejo’s 23-point outing for the HD Spikers, who ended their pool play stint at 3-1. Espejo had team highs of five blocks and two service aces.