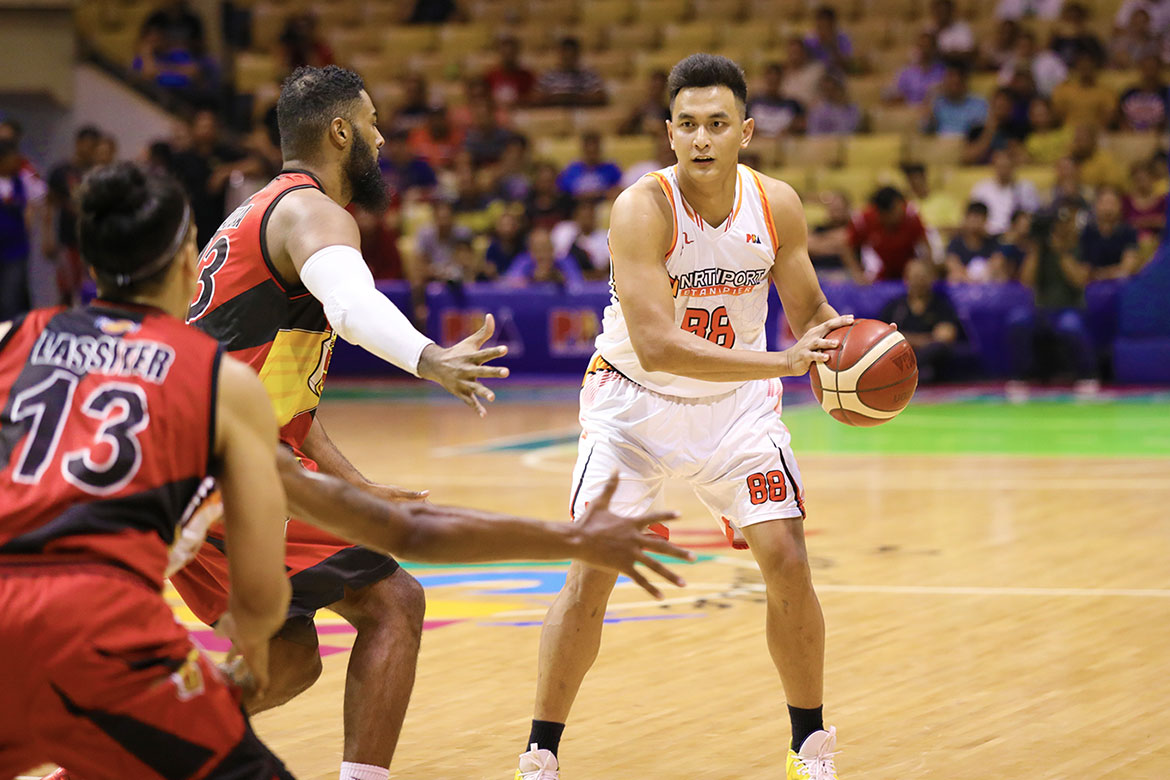 Russel Escoto feels extremely honored to play for San Miguel, saying that being part of such a storied team is a “big blessing”.

Last Thursday, the Northport Batang Pier traded the incoming fourth-year forward to the Beermen in exchange for beleaguered center Kelly Nabong in a one-for-one deal.

What excites the Far Eastern University product the most is the opportunity to learn from the Beermen’s veterans, led by the league’s reigning five-time Most Valuable Player June Mar Fajardo.

Besides Fajardo, Escoto will also have the chance to pick the brain of another league MVP and FEU great Arwind Santos, his “bilas” — Escoto’s wife Ingrid is the sister of Santos’ wife, Ivette.

Escoto also looks forward to reuniting with another ex-Tamaraw star Terrence Romeo. The 6-foot-6 big man and the three-time scoring champion last played together in FEU back in 2013.

“It’s exciting. Hopefully, we can get a championship together as teammates,” said the 27-year-old, as he and Romeo will be among SMB’s youth brigade together with Von Pessumal.

Now, Escoto promises to do whatever he can for the Beermen, who are looking to win their sixth straight Philippine Cup title and further strengthen their case as the best all-Filipino crew ever.

“I’ll just do my best every time na maglalaro and contribute as much as I can,” he said.