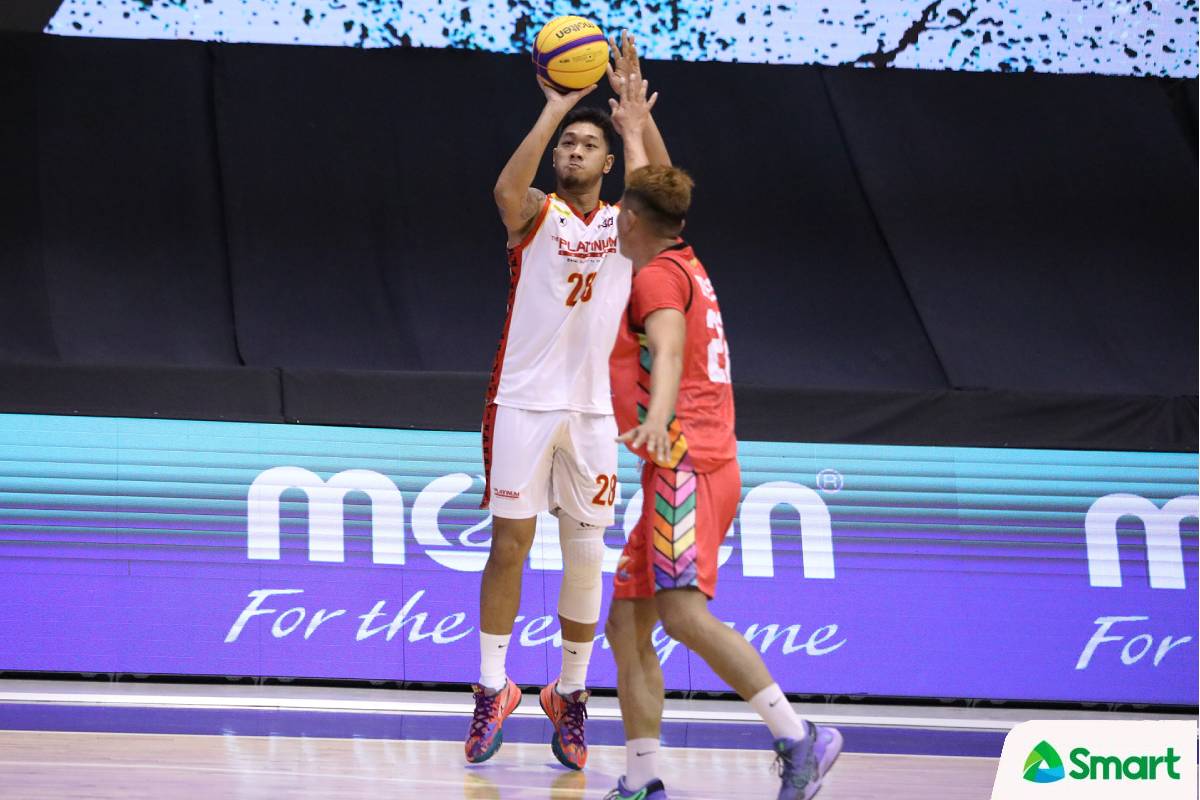 Chris De Chavez led the conquest with nine points, including the long two-pointer from the left wing to end the game still with 3:19 remaining.

They kept the Valientes winless across four legs (0-16).

The guest team concluded the elimination round as the only spotless team with 4-0, and are looking to make another deep playoff run.

Runners-up of the second leg, Platinum will begin their trek to the top against Terrafirma, who beat San Miguel in the playoff for the final quarterfinal berth.

Matt Salem drilled the game-winning deuce in overtime, 23-20, to complete the Dyip’s comeback from a 15-20 deficit in regulation.

Dhon Reverente and Terrence Tumalip spearheaded the hijack, conniving for five straight points to tie things up and send the game into extra time.

The Dyip actually had a good run in Pool C play, but slid down to third for having an inferior quotient in a three-way tie with TNT and Purefoods at 2-1.

The Beermen, meanwhile, had to play with only three men as Bacon Austria suiffered a busted lip after an inadvertent elbow by a driving Reverente.

Other pairings will see Meralco take on Cavitex in an all-MVP showdown, as well as the Purefoods-Pioneer clash expected to be a physical encounter.

There’s also the match-up between TNT and Limitless App in a rematch of the battle for third place back in the second leg.

The Appmasters finished as the second seed of Pool A after beating Sista through a 21-12 demolition earlier in the day.

It is the first time that a leg champ missed the playoffs of the following stop. The Super Sealers swept their way to rule Leg 3 but only went 1-3 this time.