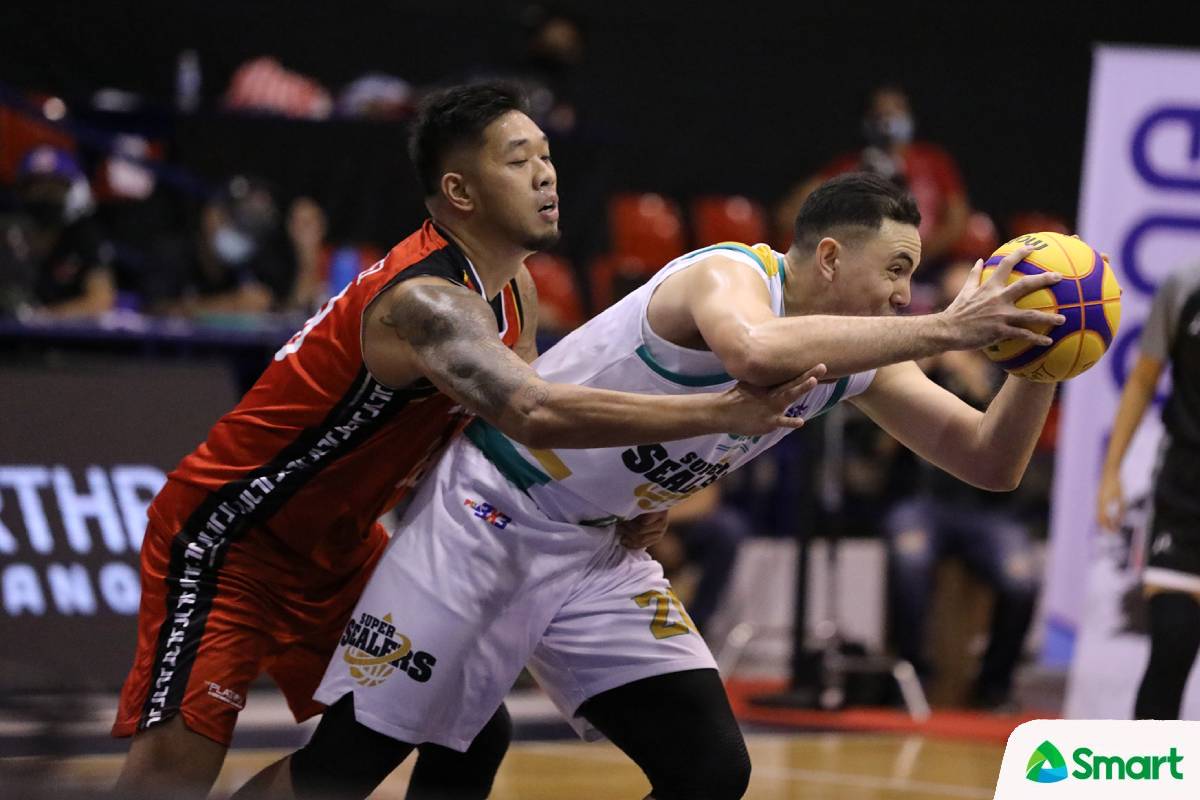 No postgame pleasantries took place at the end of Platinum Karaoke’s 21-17 win over Sista in Leg 4 of the PBA 3×3, Saturday at the Ynares Sports Arena.

Instead, players from both squads saw themselves separating Chris de Chavez and Leo De Vera to prevent any untoward incident from taking place.

De Chavez nailed the game-winner but was in no mood to celebrate as he charged towards De Vera, heated with the latter’s attempt to stop his shot.

De Vera tried to block his one-hander from point-blank range but hit his face instead, thus the violent reaction from the 6-foot-6 forward.

It was indeed a wild endgame sequence, which saw the match become a 2-on-3 affair as Prince Rivero fell down with an apparent leg injury at the 1:40-mark.

But the game went on, leaving De Vera and Kenneth Mocon to fight to the end. They then played physical defense in an attempt to stop their foes.

It remains to be unknown if De Vera and De Chavez, former players of Chooks-to-Go Pilipinas 3×3, will be summoned by the PBA 3×3 committee.

Platinum improved to 2-0 with the victory to gain leadership of Pool A while dealing Sista its second loss, going down to 1-2.

The Super Sealers failed to replicate their win over the guest team last leg.