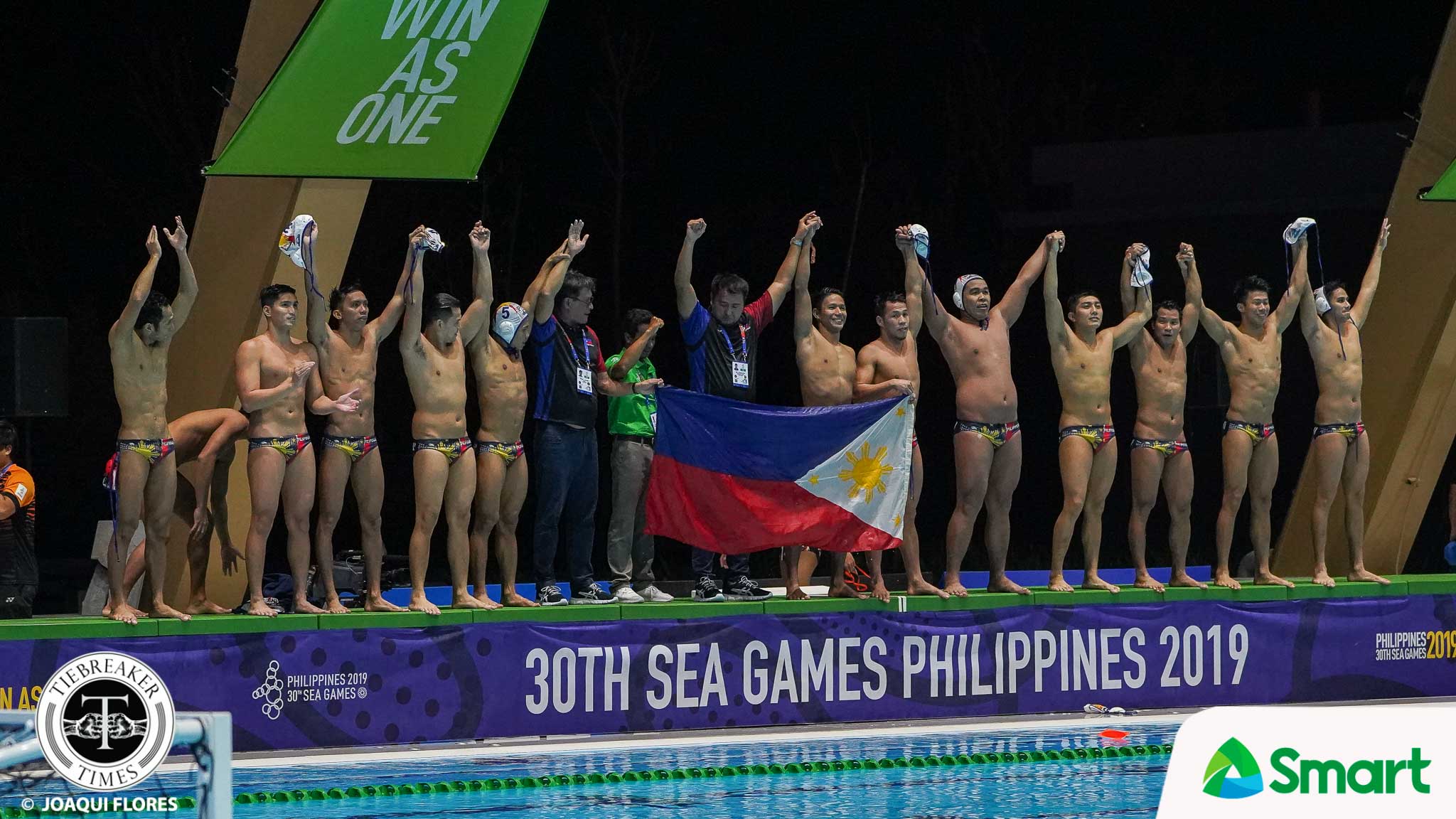 CAPAZ, TARLAC — The Philippine Men’s National Water Polo Team — a squad that has caught the imagination of the country over the first week of the 30th Southeast Asian Games — capped their magical run with silver.

They achieved the feat after escaping a spirited fight by Malaysia, 14-11, Sunday evening at the NCC Aquatics Center.

The Philippines last finished in the podium back in the 2011 edition of the meet. This time, it landed the silver after a two-win and two-draw record.

In their final game, the Filipinos needed huge goals late to stave off the Malaysians.

Up 11-6 early in the final frame, the visitors slowly chipped into the lead, eventually slicing the lead down to two, 12-10, with 4:02 left.

A huge goal by Matthew Yu with 2:53 remaining stopped the bleeding, while a close out goal by Aljon Salonga sealed the deal for the Filipinos.

Yu and Salonga had two goals each. John Paulo Serrano powered the Philippines with four.

Malaysia ended up dead last at 0-4.

Earlier in the day, Singapore salvaged bronze after defeated Thailand 14-7.