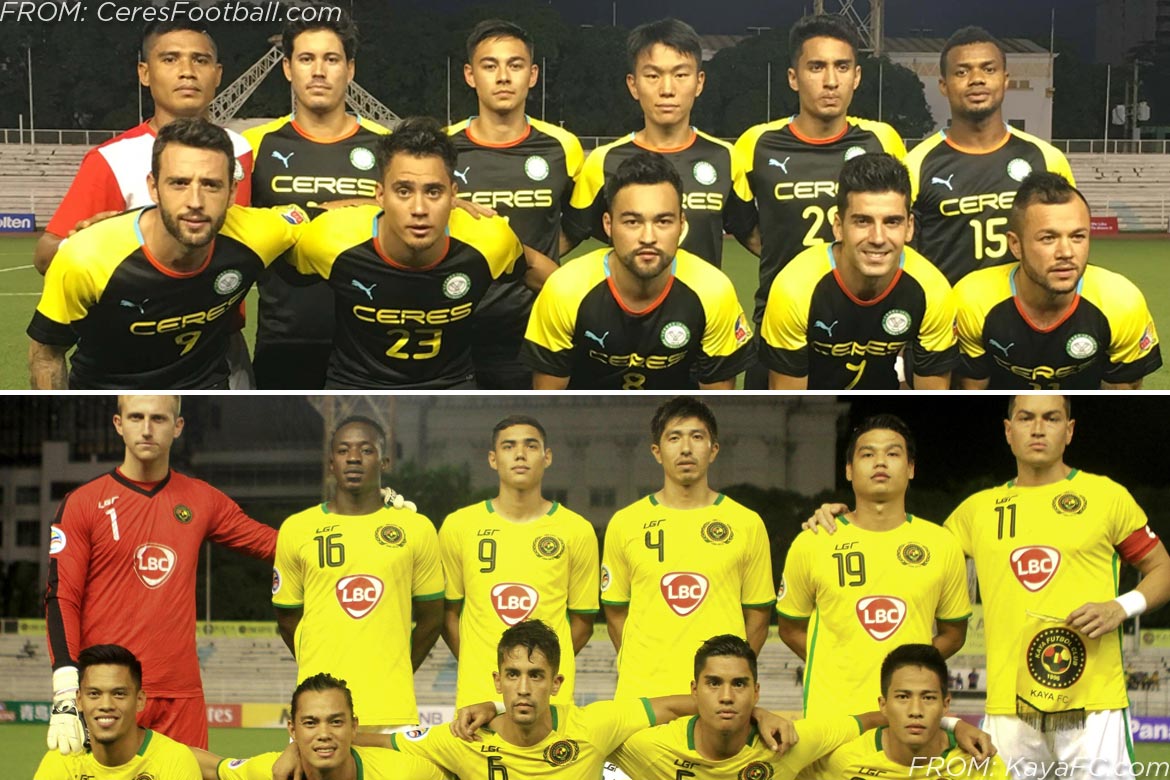 There were mixed feelings of excitement and anxiety this week as Ceres-La Salle Football Club and Kaya Football Club engaged in their 2016 AFC Cup commitments.

It was the first time in Philippine football history that two of its clubs got past the group stage and entered the knockout round of a continental competition. Of the two, Ceres topped their group and earned home advantage while Kaya had to make do with second place and an away trip.

Unfortunately, Ceres and Kaya had their respective runs in the competition ended abruptly in the most painful of circumstances.

Both teams were beaten by their more experienced opponents in the knockout round. However, Ceres could count themselves unlucky to not have gone through and they should have won the match in regulation. In contrast, Kaya were simply outplayed for ninety minutes.

Ceres went into their home game against Hong Kong club South China AA in good form. Aside from enjoying their fantastic support in the filled-up Panaad Stadium in Bacolod, they topped Group E undefeated with three wins and as much draws. The Bacolod-based club also had a decent goal difference of 8 as they scored 12 goals and only conceded 4.

Nonetheless, statistics go out of the window when it comes to knockout games. Goalscoring opportunities came aplenty for Ceres in their game against South China, yet the visitors managed to deny the home side time and time again. No goals were scored in regulation and extra time beckoned. The first half of extra time changed nothing and for majority of the next period, penalties looked inevitable.

Until, of course, when Luis Carlos volleyed the ball home to stun Ceres and the Panaad crowd late in the second half of extra time. The home side tried to find an equalizer, but South China were just too disciplined in defense to break down. It ended 0-1 in favor of the visitors with Ceres left to lament what might have been.

If Ceres suffered heartbreak near the end of their game, then Kaya experienced misery as soon as their game kicked off away at Malaysian club and current AFC Cup champions Johor Darul Ta’zim FC.

Kaya qualified for this game after they finished second in Group F. They only conceded two goals in six games but it was their losses against Hong Kong club Kitchee SC which relegated them to group runners-up. Those losses proved crucial as they were formatted to face JDT inside a packed Larkin Stadium at Johor.

Two goals conceded in the opening twenty-five minutes made it an unenviable situation for Kaya. JDT were simply rampant as they ended up 7-2 winners with OJ Porteria and Woody Ugarte scoring consolation goals for the Manila-based team.

It was a harsh evening for Kaya and their fans. JDT ransacked them. The weather conditions during the game also didn’t help Kaya. One thing, though, which was evident was that Kaya never stopped fighting even if the game was virtually over.

What next for the Philippines in the AFC Cup?

Amidst the two eliminations, positives were still there for Philippine football.

It has only been roughly six years since that 2010 AFF Suzuki Cup miracle run of the Philippine Men’s National Team which made football relevant in this country. To see two local clubs slug it out in a continental competition was already a sigh to behold and witnessing them advance out of their respective groups was an achievement in itself.

Ceres and Kaya didn’t let themselves, their fans, and the Philippine football community down when they were eliminated. In fact, various stakeholders have lauded their progress.

For the Philippines, though, to have a constant presence in the latter AFC Cup stages, local football needs to prosper further. It isn’t only the United Football League which needs to be strengthened but also grassroots programs and leagues.

Those improvements will take time, money, and most of all, patience. In the immediate future, though, Global FC have qualified for the 2017 AFC Cup preliminary round. The other entrant is still to be determined via the 2016 UFL season where the league champions will earn a ticket to the group stage.

In the end, Ceres and Kaya did well to arrive at the knockout stage. Their defeats are just part of the process which will hopefully see a Philippine club win the AFC Cup in the next few years.

Clarkson on Gilas: ‘I have a lot of trust and confidence in them’

Christian Lee fury too much for Filipino Batolbatol