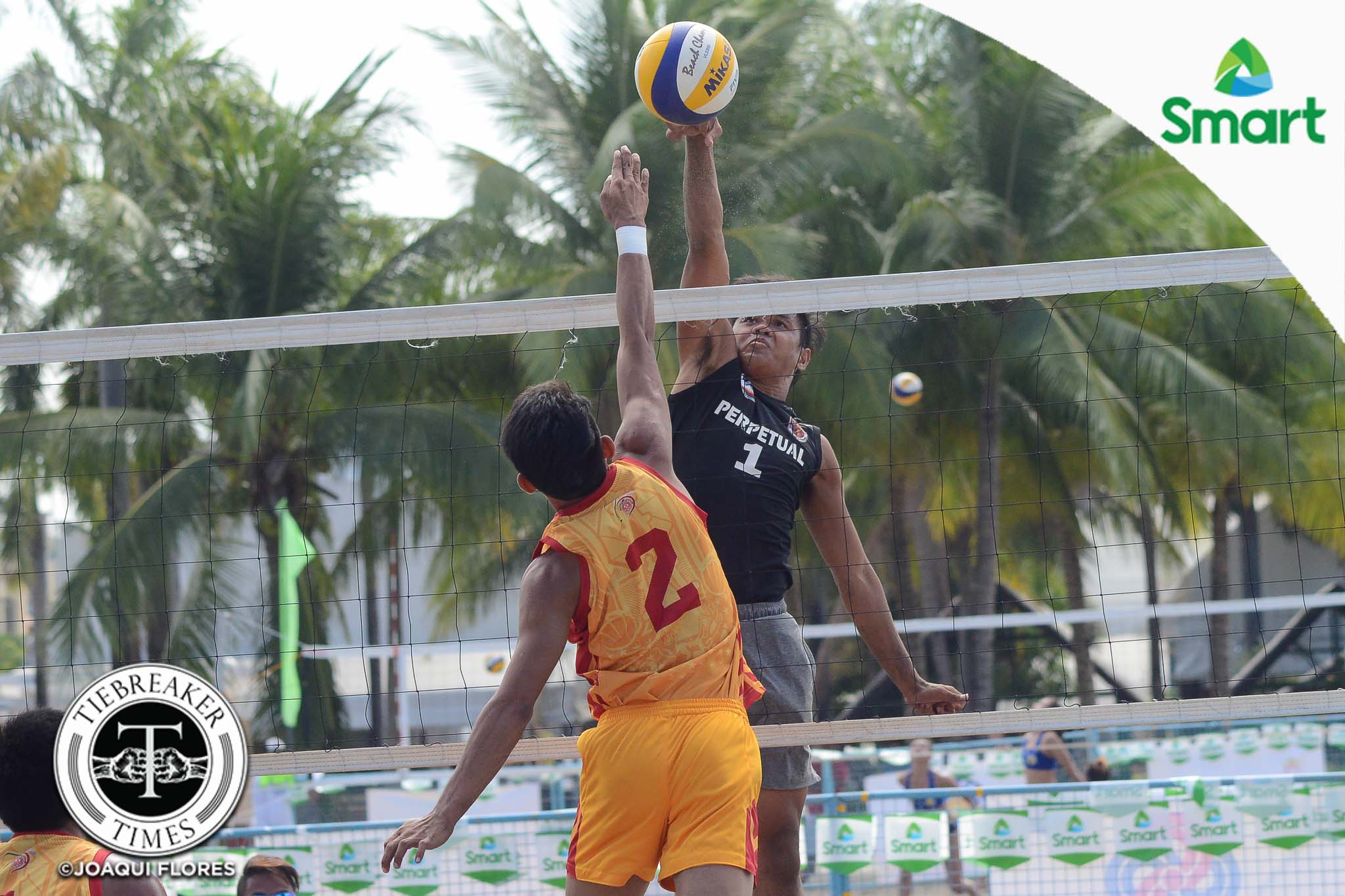 And we’re now down to the last day of the NCAA Season 92 Men’s Volleyball Tournament!

Saturday afternoon at the sands of the Subic Park Hotel in the Subic Bay Freeport Zone, Rey and Relan Taneo of the University of Perpetual Help System DALTA Altas once again completed a sweep of the elimination round via a 21-17, 21-13 win over Sam Damian and Alfredo Pagulong of the Mapua Institute of Technology Cardinals, to secure an outright Finals berth for the second straight year.

In the first stage of the stepladder, the EAC pair of Joshua Mina and Paolo Lim were able to outlast Mapua’s Sam Damian and Alfredo Pagulong in three sets, 21-19, 29-31, 15-12.

With the Altas gaining a direct ticket to the Finals and earning a twice-to-beat advantage, they now await the winner of the final stepladder semis match between the Lyceum of the Philippines University Pirates and the Emilio Aguinaldo College Generals.

The battle for the last Finals berth is scheduled at 8:00am today. The championship round will then follow afterwards.

Here are the rest of the results for the last day of the elimination round: