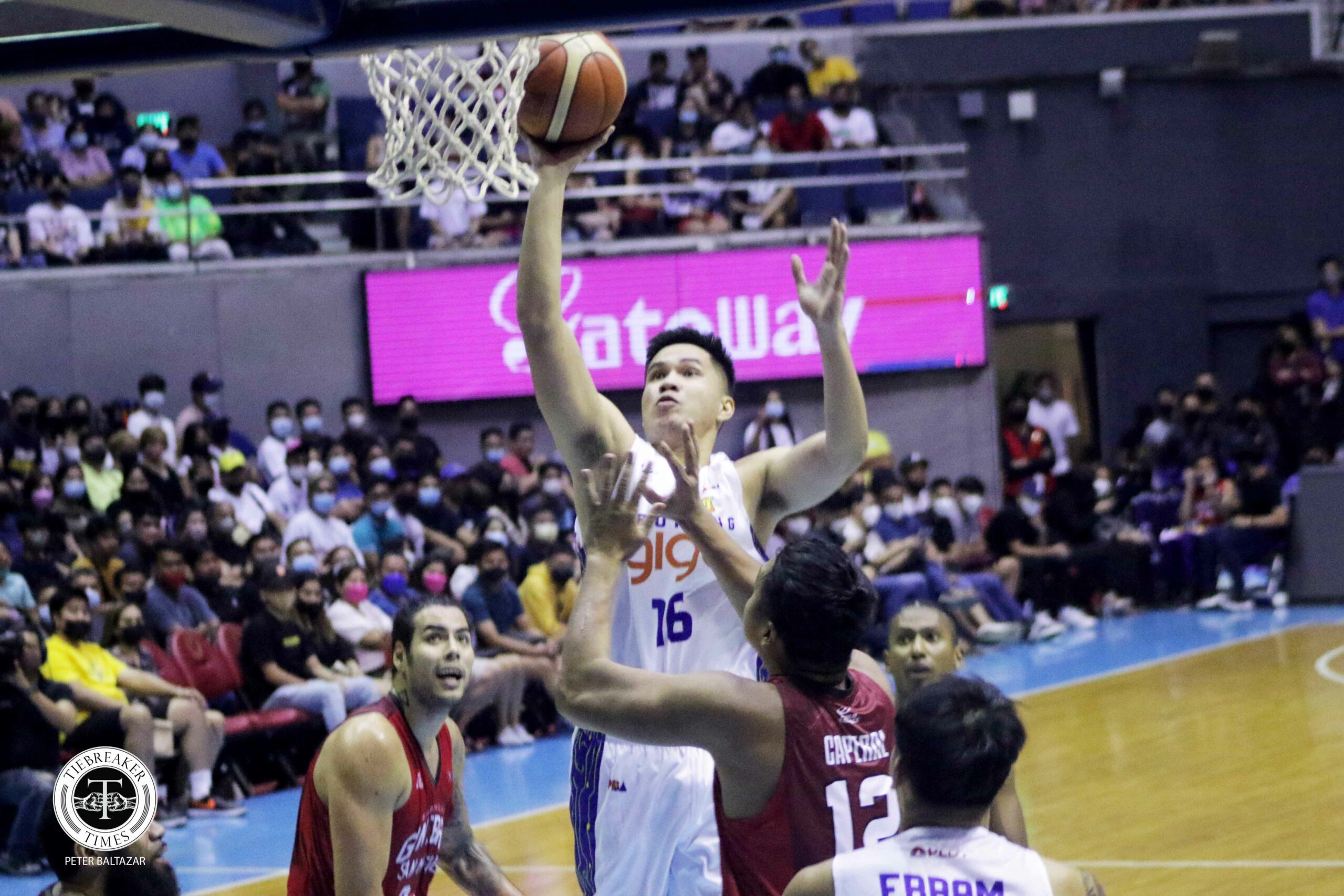 Reyes together with Poy Erram will fly to Indonesia tomorrow to join Gilas Pilipinas in the FIBA Asia Cup.

Ahead by just eight late in the third quarter, the Tropang Giga unleashed a 24-8 blast bridging through the fourth for an insurmountable 96-72 lead.

“We were stung by the last defeat specifically how poorly we defended and all our discussion in practice is to just get back our identity,” said Reyes. “I thought it was a big improvement from giving 115 points in the last game to just 92 this game to a very tough team.”

Roger Pogoy led the onslaught with 30 points, eight rebounds, and three steals, while Mikey Williams got 19 points and five boards.

Glenn Khobuntin was a sparkplug off the bench with 16 points built on four triples to go with eight rebounds.

TNT ended the elimination round at 8-3 and will have at least 12 days of rest before the start of the quarterfinals with their seed yet to be known as other teams have a lot of games left in their schedules.

“It’s the recovery for the players because we played a very tough schedule, practically 11 games in one month alone,” said Reyes on their 12-day rest. “Number two, getting out injured players back on track. Hopefully, this is a good time for Brian Heruela, Troy Rosario, and Ryan Reyes to heal.”

Japeth Aguilar paced the Barangay with 18 points while Christian Standhardinger chipped in 15 points and 12 rebounds.

The Barangay will aim to bounce back on Wednesday against Meralco at 6 pm at the same venue.