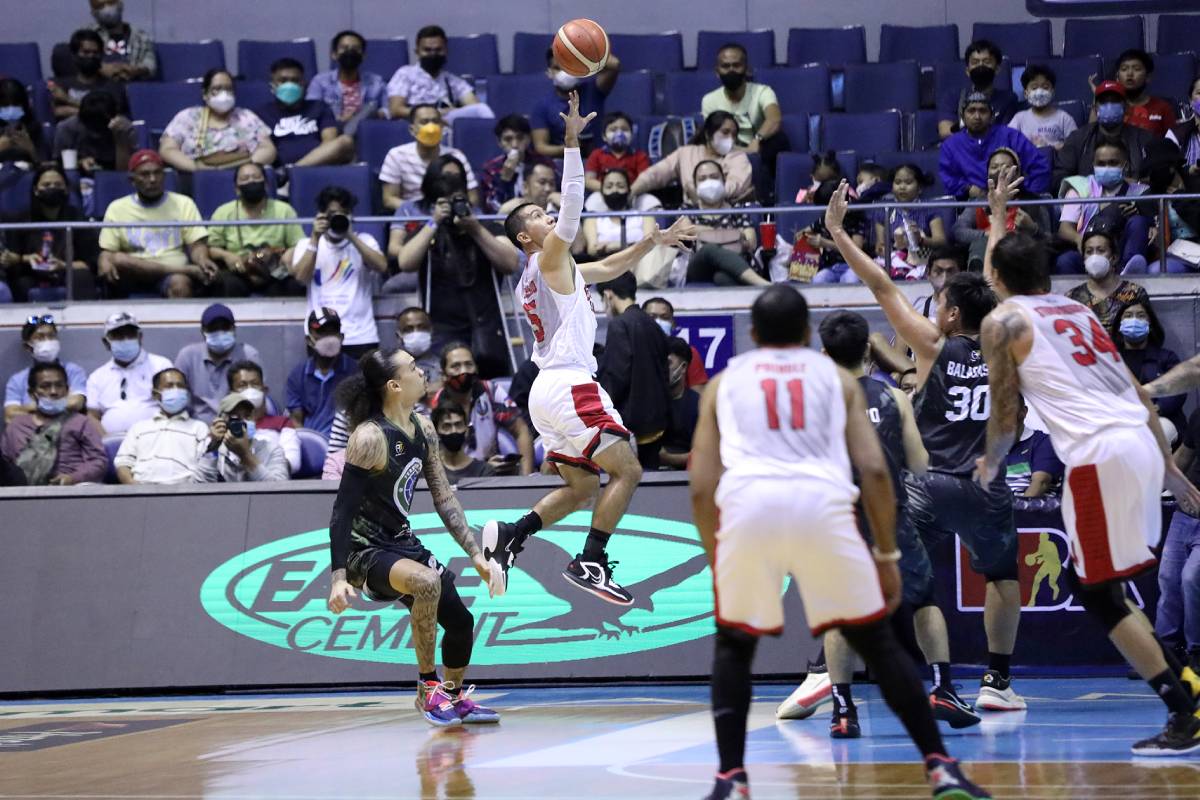 Ginebra dealt Terrafirma a rude 106-82 beating for a share of the PBA Philippine Cup lead yet again, Wednesday night at the SMART Araneta Coliseum.

Japeth Aguilar and LA Tenorio starred for the Kings, who reversed the match in the third quarter in their favor to eventually stretch their streak to four and bag their sixth win in seven games — enough to virtually seal a quarterfinal spot.

Now sharing the top spot of the standings with fellow favorites San Miguel, the Barangay continued their winning ways despite missing head coach Tim Cone, who’s still with the Miami Heat in the NBA Summer League.

“Our character showed in the second half,” offered interim mentor Richard Del Rosario as his side blew a 12-point first half lead and fell behind by eight in the third before getting their act together. “We played out of character in the first.

“Mga hustle stats, talo talaga kami. You can see the energy of Terrafirma. Parang nothing to lose for them and everything to gain. Sa amin naman, this was really an important game as we can’t afford to slip in the standings,” he continued.

Aguilar led Ginebra with 22 points, on top of six rebounds and seven blocks, the most he’s had since tallying as many in Game 3 of the 2019 Governors’ Cup Finals versus Meralco, per league stats chief Fidel Mangonon III.

“I just tried to be active,” said the three-time All-Defensive Team member, who was one shy from tying his career-high in blocks.

#ReadMore  Filoil: Diouf returns as UP romps UE to go 3-0

Tenorio finished with 12 points, nine of which he made in the third canto as he powered the fiery 18-1 run that turned a 64-71 deficit to an 82-72 advantage for his side entering the final period. He also had six assists.

Christian Standhardinger played a big role in the win as well with 18 points, 10 rebounds, and seven assists. Arvin Tolentino chimed in 13, as all but one of the 14 players fielded scored at least two thanks to their 34 assists.

Juami Tiongson, meanwhile, finished with 24 points, including 20 in the first half, to lead Terrafirma, who remained winless after seven games.

The Dyip will try to get that elusive win against another contender in Magnolia (4-3) on Friday at 6 p.m. also at the same venue.

#ReadMore  Meralco thrashes San Miguel by 30, assured of at least a playoff for 8th