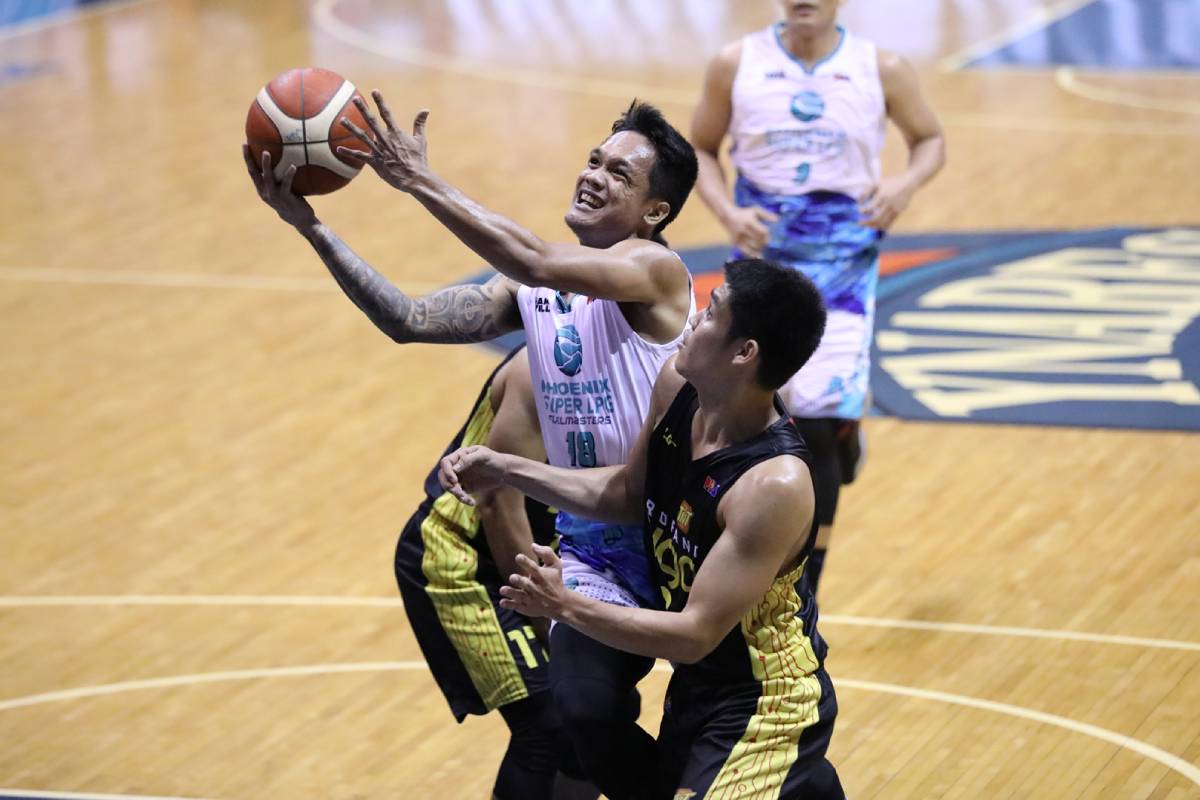 ANTIPOLO — In what’s becoming a trend, the young guns towed Phoenix Super LPG past TNT, 91-88, to keep its winning streak alive in the 2022-23 PBA Commissioner’s Cup, Sunday night at the Ynares Center here.

Encho Serrano first made the marginal free throw with 1:09 left, and Tyler Tio had his own moment by calmly sinking both foul shots with 2.5 seconds left after securing the missed bucket of Roger Pogoy on the other end.

The two applied the finishing touches to preserve the efforts of Kaleb Wesson, who tied the game up at 88-all with 2:19 left after allowing the Tropang Giga to take the driver’s seat coming from a 17-point deficit in the second period.

“It was a fight. When you got your brothers next to you to fight, it gets easier,” said Wesson. “It’s never going to be easy. But when you’ve got guys you know are going to have your back and step up behind you, it gets like that.”

Wesson finished with 23 points and 17 rebounds to lead Phoenix in the victory that stretched the league’s current longest active winning streak to five.

Serrano tallied 16 points in yet another double-digit performance. Javee Mocon had 13 points and five rebounds, while RJ Jazul registered 12 markers, four assists, and five boards as the Fuel Masters improved to 5-3.

“These guys really are fighting for every possession, just like what Kaleb said. You get courage by knowing, it’s not the absence of fear, but knowing that somebody’s behind you,” said head coach Topex Robinson.

“That’s where we’re getting our energy from, guys are just so active. We know that the only way to beat a strong team like Talk N Text is to outwork them. We are the least talented team in this league so we just have to work together.”

Phoenix will have its hands full for its next assignment as it battles Converge (5-2) on November 9, Wednesday, 3:00 p.m. at the SMART Araneta Coliseum in a clash between two of the conference’s hottest teams.

#ReadMore  As decorated as he is, Franz Pumaren never expected to be a coach

The loss, meanwhile, wasted Calvin Oftana’s best game in a TNT uniform so far with a game-high 27 points on seven three-pointers.

Going down the drain as well were the 22 points and eight rebounds of Roger Pogoy, and the 20-10-7 line put up by import Cam Oliver.

The Tropang Giga were without Mikey Williams, who was suspended by the management for missing practices without notice, including Saturday’s.

TNT (3-4) will have time to regroup with an aim to end its two-game funk against the skidding Terrafirma on Saturday, also at the Ynares Center.