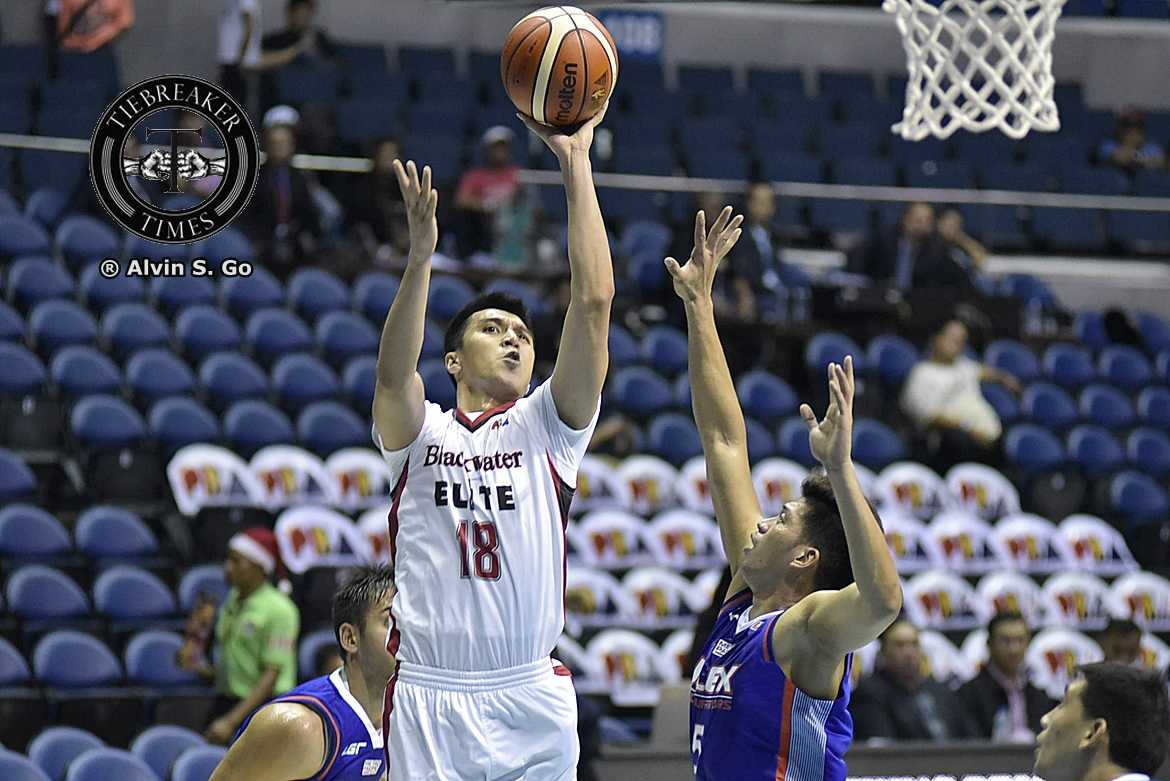 The young Blackwater Elite pulled off a wire-to-wire victory and their first franchise win against the NLEX Road Warriors, 96-85, Wednesday evening held at the Smart Araneta Coliseum.

The Elits bounced back after a tough setback against the Rain or Shine Elasto Painters on Friday and took advantage of an undermanned Road Warriors crew in the wire-to-wire affair.

“It just so happened the NLEX was lacking key players due to injuries and other reasons and we took advantage of that situation,” said coach Leo Isaac after leading his team in snapping a two-game losing skid. “We prepared well considering two consecutive setbacks, and we had to get back on our senses and get back on the basics.”

From the get-go, Blackwater took advantage of a thin NLEX frontcourt, which they used to put up a double-digit cushion in the opening quarter. The good start was all the Elite needed to propel them to the win despite a sloppy match that yielded a combined 51 turnovers for both teams.

The Road Warriors major run occurred in the third quarter, as they tried to outrun Blackwater in fastbreak attempts. Three straight open layups by Carlo Lastimosa sparked an 12-4 run to cut the lead to just ten, 65-55, but was thwarted by triples by Buenafe and Mac Belo.

READ  Jericho Cruz simply glad to be back on the court

Blackwater took control for good after halting any NLEX run as they pulled away, gaining a game-high 15 point lead with 6:08 left, after a Dela Cruz-layup to make it an 87-72 tilt.

Lastimosa was a one-man show for the most part for NLEX with his game-high 23 points on 10-for-15 shooting. However, he was ejected in the fourth period after being assessed with a technical foul and a flagrant during the game. Mark Baracael added 16 in the losing effort.

The Elite out-rebounded NLEX 51-42, while defending and only giving five free throw attempts to the Road Warriors for the entire game.

Blackwater (2-2) will travel to Cagayan De Oro for their next assignment on an out-of-town collision against the San Miguel Beermen (3-1). NLEX (1-3), on the other hand, will try to snap out of their funk versus the GlobalPort Batang Pier on Wednesday, December 21, at the San Juan Arena.

Donayre, Rene Catalan make their return in ONE: Quest for Power