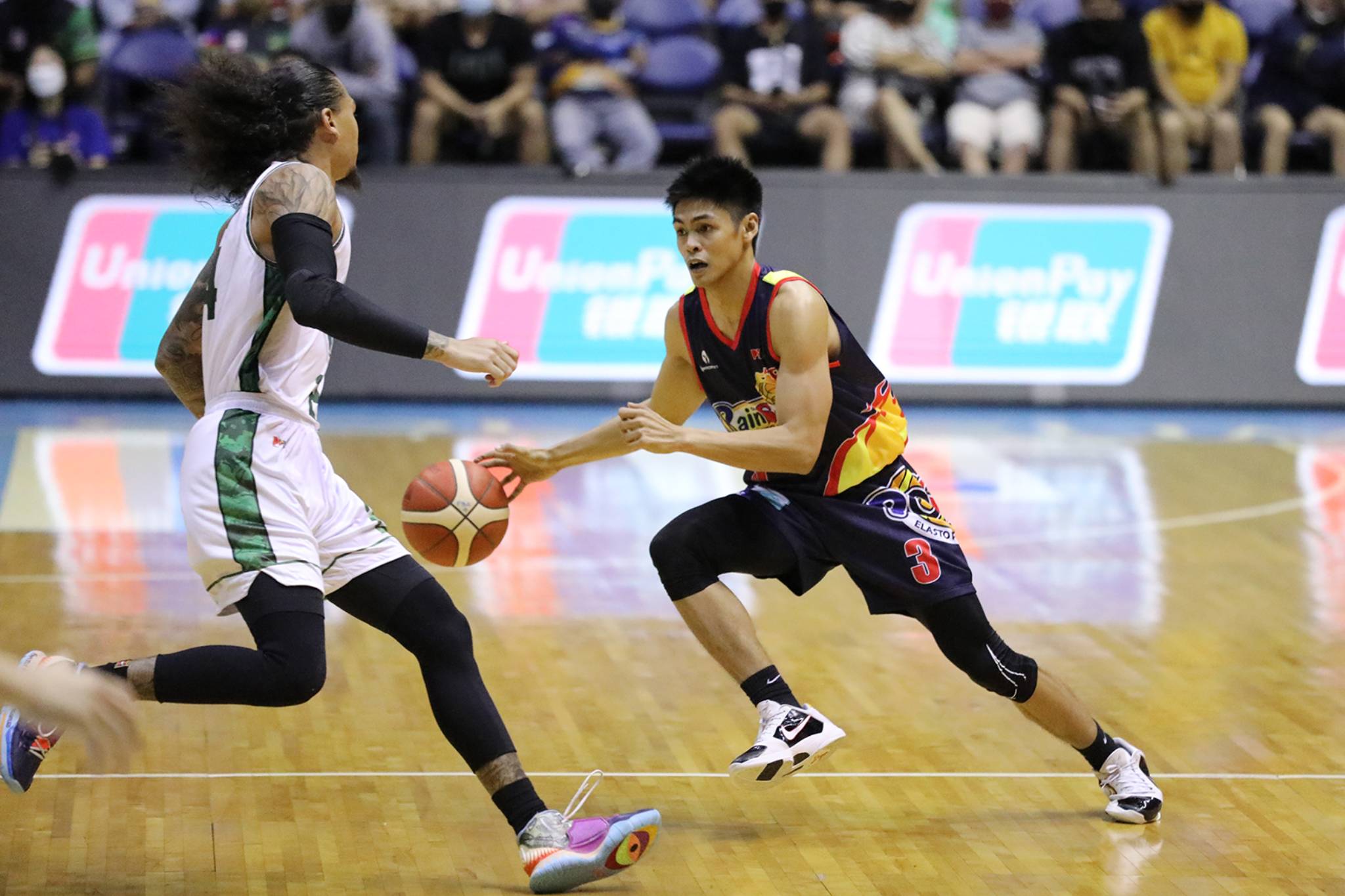 Gian Mamuyac provided the spark for Rain or Shine, which pulled off a 106-94 win to add to Terrafirma’s woes while scoring its second win of the 2022-23 PBA Commissioner’s Cup Sunday at the Smart Araneta Coliseum.

Mamuyac dropped all 17 of his points in the second half and added five rebounds, two assists, and two triples for the Elasto Painters, who used a strong second half surge kickstarted by the Ateneo alumnus to improve to 2-1 for the conference.

“We tried to pick up from our last game. That game really gave us a lot of confidence, really gave us a lot of trust in ourselves na pwede pala, kaya pala namin ‘yung malalakas na team, na maybe we can compete in this conference,” coach Yeng Guiao said during the post-game press conference, referring to the 22-point blowout win they scored over Barangay Ginebra last Wednesday.

Ahead by just four, 68-64, with under 2:30 left in the third, Mamuyac buried two triples to score six in a 7-2 spurt that gave Rain or Shine a comfortable 75-66 cushion entering the fourth period.

Mamuyac stayed hot in the fourth and scored 11 of Rain or Shine’s first 13 points before being subbed out at the halfway mark of the quarter.

Import Steve Taylor Jr. recorded a massive double-double of 20 points and 24 boards along with three dimes, three steals, and two blocks for a tremendous all-around night, while Beau Belga and Andrei Caracut also breached double-digit scoring after turning in 12 each.

Rain or Shine will rest for a week before vying for a third straight victory against Philippine Cup champions San Miguel on Oct. 9.

“Actually bine-breakdown lang namin into manageable sections yung goals namin. Ang number siguro, ang estimate namin, seven wins gets you to the next round safely. There are 13 teams and there are 12 games, so maybe seven wins will already assure you of a quarters slot. So iniisa isa namin,” Guiao siad.

Import Lester Prosper paced the Dyip with 20 markers while pulling down 16 rebounds, but he struggled to get his shot going and only hit 7-of-27 shots from the field.

Juami Tiongson posted 17 and three triples, while Joshua Munzon and Alex Cabagnot had 14 and 11 each for the 0-3 Dyip.

Terrafirma can arrest its long skid when it takes on Meralco on Friday, Oct. 7.

#ReadMore  June Mar Fajardo out for one month